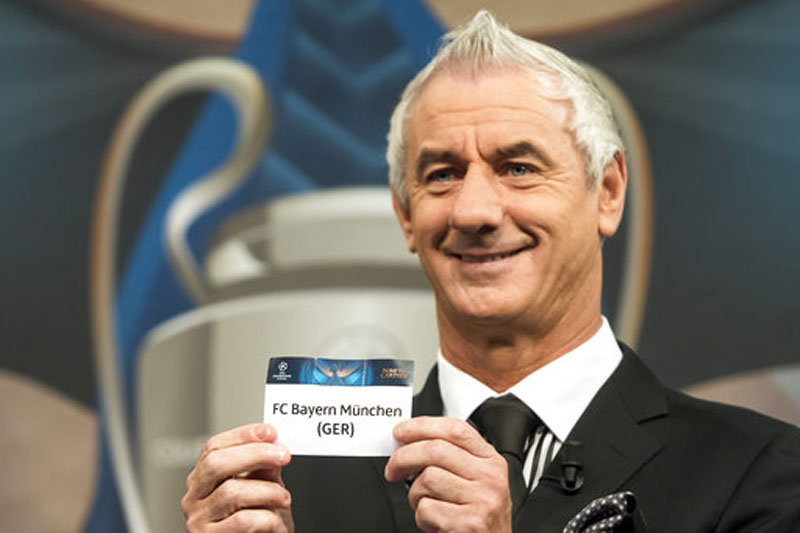 NYON, March 17: Defending champion Real Madrid will play Bayern Munich in the Champions League quarterfinals, sending the Bavarian coach Carlo Ancelotti to face the team he won the trophy with three years ago.

Madrid and Bayern, which first play in Munich, have combined to win 16 European titles. One club, however, will end its recent streak of reaching the semifinals for at least five straight years.

Also in Friday's draw, Barcelona will meet Juventus in a rematch of the 2015 final,Champions League newcomer Leicester will face Atletico Madrid, and Borussia Dortmund will take on Monaco.

Ancelotti is aiming to be the first coach to lead three different clubs to the European title. Besides Madrid, he also coached AC Milan to two Champions League titles.

"It could be a final but it's a quarterfinal, unfortunately," said Madrid director Emilio Butragueno, noting that his club's players know Ancelotti's style.

Leicester, which is making its debut in the tournament, is the only team in the draw which has never played in a Champions League final. But Leicester and Atletico have played before. The Spanish club eliminated Leicester in the first round of the UEFA Cup in 1997.

Monaco has become a feared team, and the highest scoring team in any top European league this season, after starting among the lowest-ranked clubs in the group-stage draw in August.

Neither Monaco coach Leonardo Jardim nor Dortmund coach Thomas Tuchel has ever led a team to the Champions League semifinals.

The final is scheduled for June 3 in Cardiff, Wales.

Efforts being made to bring the RSP back in govt: Minister Sharma
18 hours ago

Nagma-Gamadhi road to be upgraded
21 minutes ago