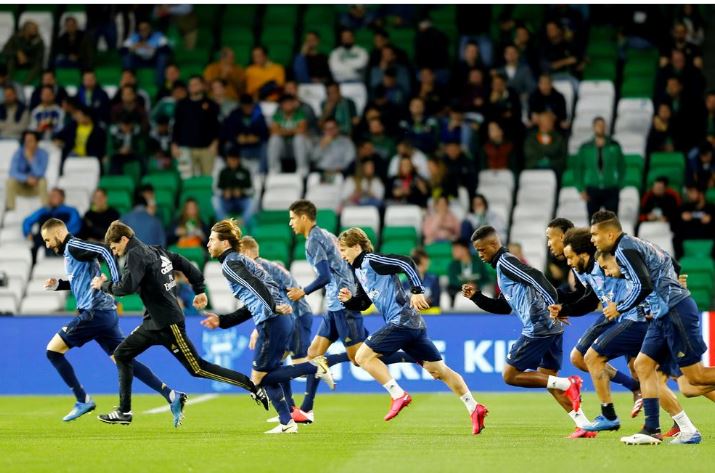 MADRID, March 12: Real Madrid have sent all of the members of their soccer and basketball teams home into quarantine after one of the sports club’s basketball players tested positive for the coronavirus, the Spanish club said in a statement on Thursday.

The announcement led to all matches in Spain’s top two divisions being postponed for at least two weeks and will almost certainly lead to Real’s Champions League last-16 second leg at Manchester City next Tuesday being postponed too.

Organiser UEFA is yet to make an announcement on the status of the match, while Manchester City and Real did not comment on whether or not the match would take place.

Thursday’s Europa League matches between Sevilla and AS Roma and Inter Milan and Getafe have already been postponed.

“Real Madrid CF announces that a player from our basketball team has tested positive after undergoing tests for coronavirus COVID-19,” said the statement on the club’s official website.

“From now, the club has followed the recommendation of placing the basketball and football teams into quarantine as the two squads share facilities at the club’s training ground.

“We have also decided to close our training ground and recommended that all staff who work at the facility remain in quarantine.”

The fault lines of Indian regionalism
22 minutes ago