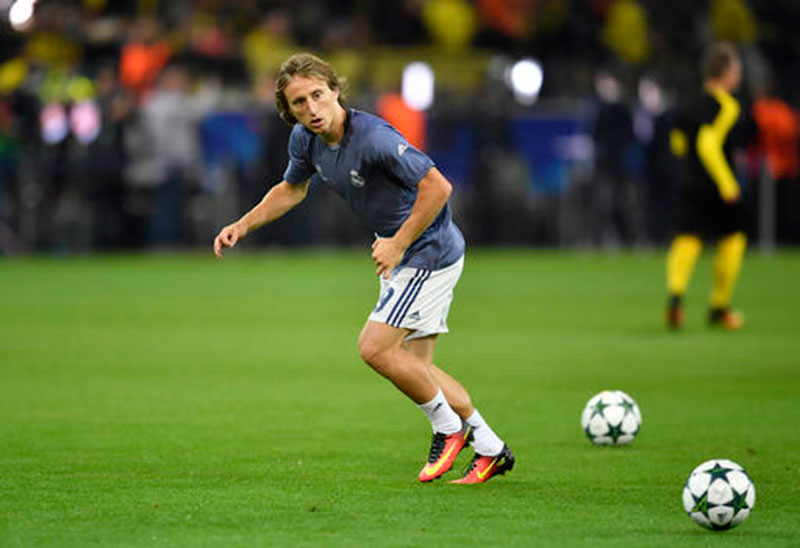 MADRID, Aug 3: Florentino Pérez chose his own way to reassure everyone that the 32-year-old Modrić isn't going anywhere, with his release clause exceeding the record sum ever paid for a football player by more than three times.

Real Madrid president Florentino Pérez said that midfielder Luka Modrić can only leave the club if a buyer pays his staggering buyout clause price, virtually ruling out any possibility of the Croatian's departure.

"Modrić is not leaving Real Madrid," Florentino Pérez said, as quoted by AS. "He is not leaving unless someone pays the 750 million euros of his release clause and not a euro less."

His statement came after rumors emerged in the Italian media, linking the 32-year-old midfielder with a summer switch to Inter Milan. On Thursday, Italian daily Gazzetta dello Sport suggested that the Croatian, who is contracted to Real Madrid until 2020, was agitating for a move to Inter, while his wife was contacting officials at the San Siro.

Croatia's captain Modrić produced a blistering performance at the 2018 World Cup to help his team advance to the final. Despite falling 4-2 to France and ending up with a runners-up medal, he was crowned the best player of the tournament.

At the moment, PSG striker Neymar is the most expensive transfer in football history. Last summer, Paris-Saint Germain signed the Barcelona star for a record-breaking €222 million.