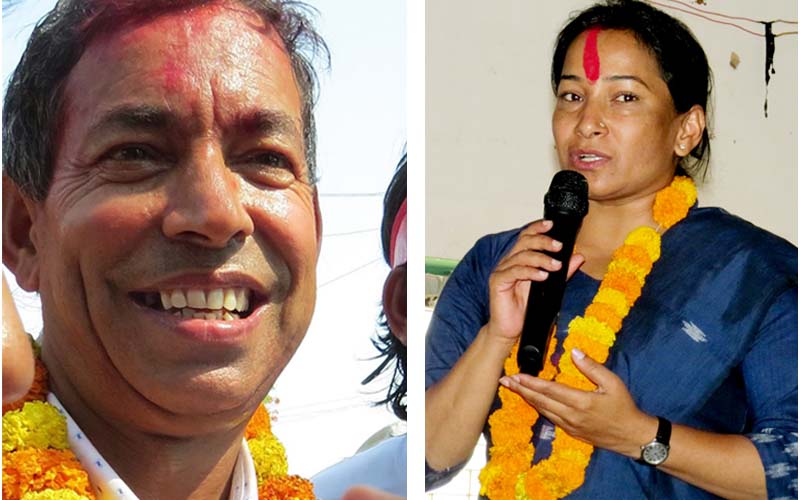 CHITWAN, August 5: Re-polling at Ward-19 of Bharatpur Metropolitan City has proved to be fruitful for the ruling alliance. All the candidates representing Nepali Congress have emerged  victorious in the re-election that was held at Ward-19 on Friday. It has increased the possibility of the CPN(Maoist Center) mayoral candidate Renu Dahal emerging victorious in the race for the mayor of Bharatpur Metropolitan City.

With bad performance in the re-polling conducted on Friday unlike in the May 15 election, the possibility of the CPN(UML) mayoral candidate Devi Prasad Gyawali being elected has decreased.

Though he still leads his rival Dahal with a margin of 221 votes, Dahal is likely to lead her rival Gyawali when vote count in Ward-20 begins. Before re-polling and vote-count, Gyawali was leading Dahal by a margin of 784 votes.

With the decrease in the number of votes Gyawali was leading his closest rival Dahal, the possibility of him emerging victorious has been weak. According to the supporters of the electoral alliance between Nepali Congress and Maoist Center, Dahal is all but bound to lead her rival Gyawali by a margin adequate enough to trounce him.

Elected representatives in Bharatpur metropolis to be sworn in today

CHITWAN, August 6: The elected representatives in Bharatpur Metropolitan City will be administered the oath of office at 3:00 pm... Read More...

CHITWAN, June 4: The extended bench of Patan High Court at Hetauda has issue stay order in the name of the... Read More...