Ratnanagar Festival to kick off on Friday 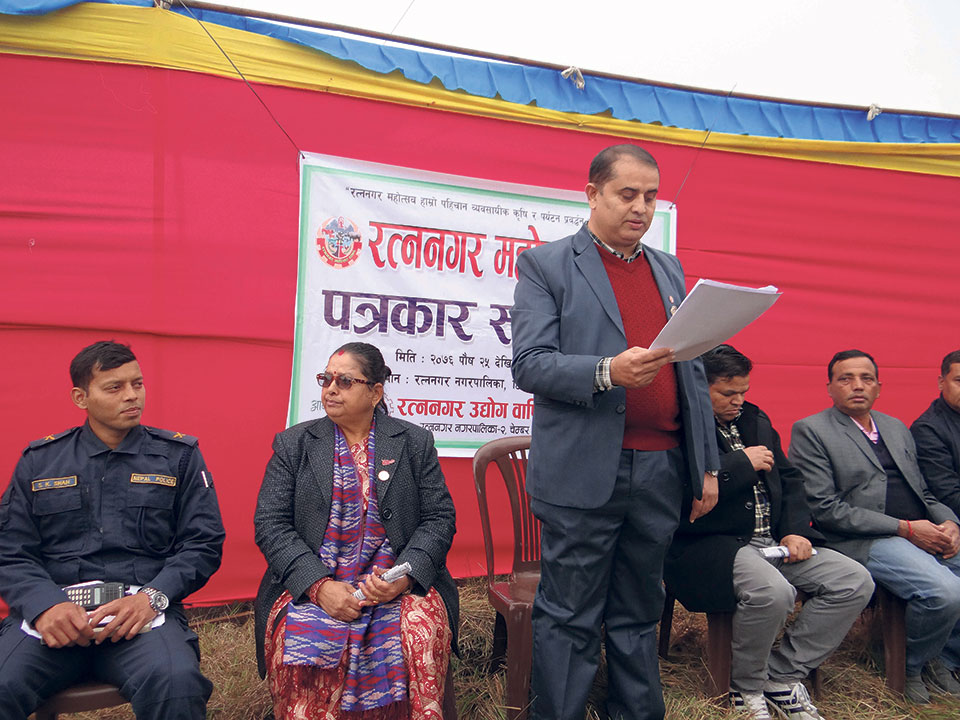 CHITWAN, Jan 9: The 10th Ratnanagar Festival, which is being organized by Ratnanagar Chamber of Commerce and Industries, is beginning from Friday.

Organizing a press meet in Ratnanagar on Wednesday, RCCI said that all preparations related to the event have been completed. The expo will continue till January 21.

Rajaram Regmi, the president of the RCCI, said that international exhibitors are also participating in this expo. According to Regmi, there will be stalls of exhibitors from Bangladesh, Pakistan and India, among other countries.  He said that the organizers have made an arrangement of sightseeing of various tourism sites in the district through helicopter and jeep. “Visitors will have a chance to enjoy sightseeing of various tourism sites like Sauraha, Siraaichuli, Devghat and Maulakalika temple, among other places, using the helicopter,” he added.

According to the organizer, the expo will have 500 stalls aimed at promoting industrial, agricultural, tourism, art and other local products of the district.

Regmi, who is also the coordinator of the exhibition organizing committee, said that they expect half a million visitors and a business turnover of approximately Rs 500 million.

Entry ticket has been fixed at Rs 50 with 50% discount for students, according to the RCCI.

Parliament speakers from all provinces assemble in Sauraha

BHARATPUR, Dec 15: The Speakers, Deputy Speakers and Secretaries of the provincial assembly of all the seven provinces have been meeting... Read More...

Bodies of siblings swept away from Devghat found