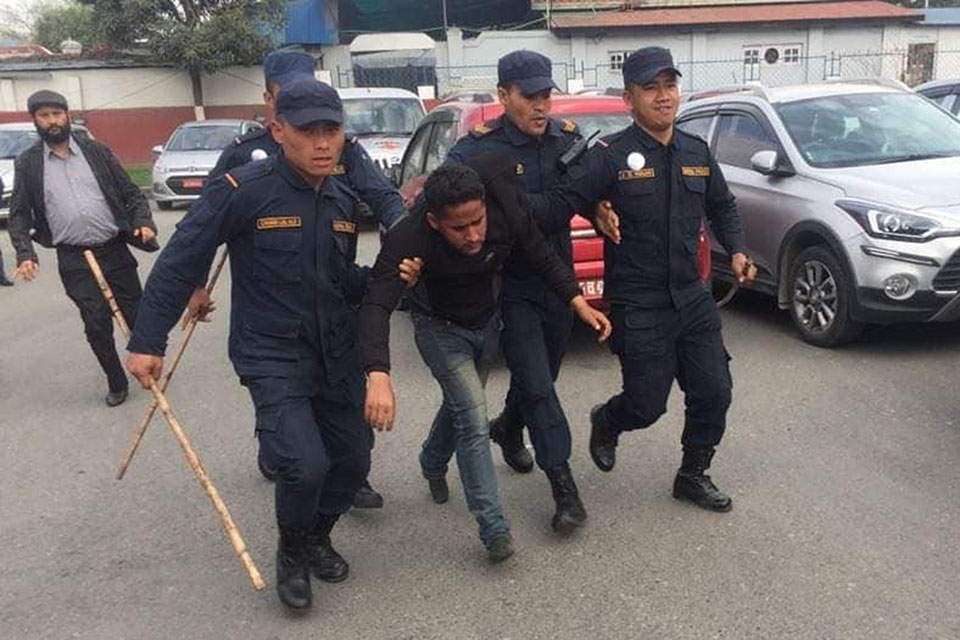 Tiruwa, 22, was arrested by the police on Sunday afternoon, shortly after he hurled a shoe towards the chairperson of the ruling Nepal Communist Party Pushpa Kamal Dahal at a public program held at City Hall in the capital.

Chief at the Metropolitan Police Range Uttam Raj Subedi told Republica Online that the DAO Kathmandu permitted police to keep Tiruwa in custody for seven days. "The probe into the incident is underway. Tiruwa will be in detention for seven days," Subedi said.

During the preliminary interrogation, Tiruwa told the police that he hurled shoe at the former prime minister after Dahal's statement enraged him. Tiruwa is a cadre of the student wing of the outlawed Communist Party of Nepal (CPN) led by Netra Bikram Chand.

The incident had taken place at City Hall in the heart of the capital, shortly after Dahal delivered the speech during the program held to mark the 1st death anniversary of senior communist party Bharat Mohan Adhikari.

In the video that went viral on social media, the shoe did not hit Dahal but landed on the stage when Dahal was about to complete his statement. A group of policemen immediately arrested Tiruwa from the scene. Later on, Tiruwa was taken to Metropolitan Police Circle, Singha Durbar.

Meanwhile, Metropolitan Police Range today formed a three-member panel under the leadership of SSP Sahakul Thapa to launch probe into the incident.

Shoe attack on NCP chairperson Dahal in capital (with video)