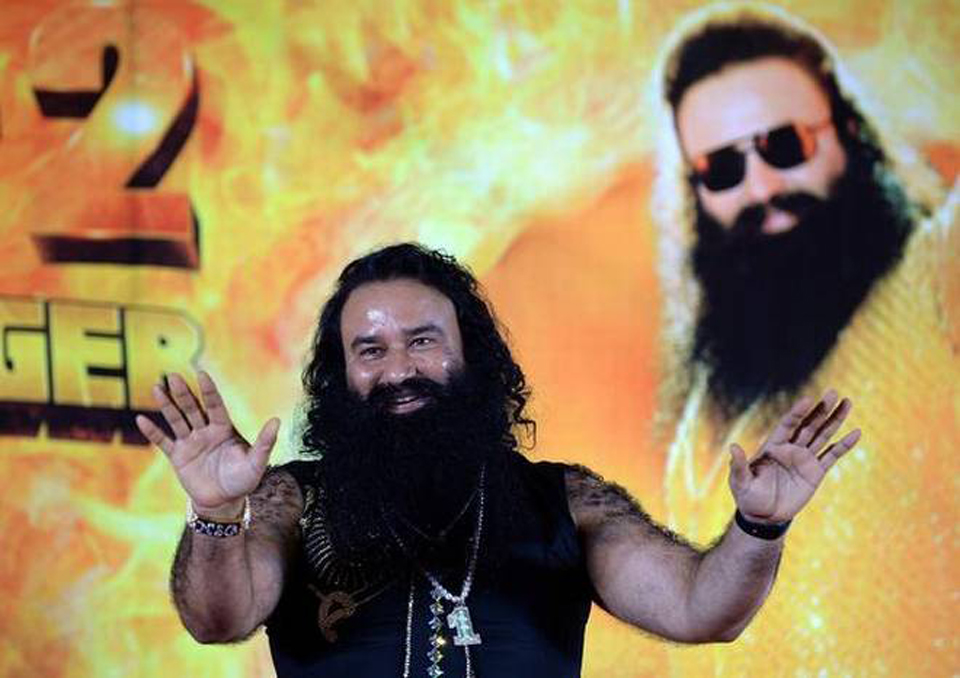 CBI Judge Jagdeep Singh pronounced two sentences of 10 years rigorous imprisonment on Monday in each of the two cases that date back to 2002, said defense lawyer S K Garg Narwana.

He said both sentences will run consecutively for a total of 20 years in jail for the flamboyant guru.

The court also fined the Dera chief Rs 15 hundred thousand in each of the two cases, of which Rs 14 hundred thousand each would go to the two victims who were part of his sect and were coerced into having sex with him.

Earlier, it was reported that the Dera chief would spend 10 years in jail for both rape cases.

The Dera chief apparently sobbed in the courtroom as he begged to be treated leniently and asked to be forgiven.

During the arguments before the sentencing, the prosecution said no leniency should be shown and demanded the maximum sentence for Gurmeet Ram Rahim. The defense argued that the Dera chief is a social worker who has worked for the welfare of people, so judge should take a lenient view.

Gurmeet Ram Rahim was on Friday ruled guilty of rape by the special CBI court in Panchkula, Haryana. He was immediately taken into judicial custody but his followers in Haryana and Punjab went on the rampage resulting in the death of 38 people and crores of damage to public property.

To avoid a repeat of Friday's violence, sentencing was held in a court specially set up inside the district jail premises in Sunaria near Rohtak, where Ram Rahim was brought and lodged after his conviction.

CBI special court judge Jagdeep Singh was flown to Rohtak on Monday to pronounce the sentence.

Rohtak District Collector Atul Kumar stated that if any anti-social elements are spotted trying to harm themselves or others, shoot at sight orders will be issued immediately.

Security was stepped up outside the official residence of Haryana chief minister Manohar Lal Khattar in Chandigarh ahead of Ram Rahim's sentencing.

A multi-layer security cordon was thrown around the Rohtak district jail by paramilitary forces and Haryana Police ahead of the sentencing. The Army was kept on stand-by.

No movement of people, other than those authorized, was allowed within a distance of 10 km from the prison premises.

Meanwhile, Panchkula, Sirsa, Uttar Pradesh and neighbouring areas were put on high alert, with paramilitary forces deployed in various pockets of the states. While Section 144 is already in place in Rohtak, curfew also continues to be enforced in Sirsa.

At many sensitive places in Punjab too, security forces conducted flag marches and kept a tight vigil in sensitive areas.

Security was beefed up to prevent any untoward incident in Sirsa, the headquarters of Dera Sacha Sauda. Though the exodus of Dera followers from the sect's headquarters in Sirsa began Saturday, several supporters of the self-styled godman are still present in and around the sprawling premises.

Mobile internet services will remain suspended in Haryana and Punjab till 11:30am on Tuesday. Internet lease lines on the premises of the Dera Sacha Sauda headquarters at Sirsa will also be suspended till then, officials said.

Locals have been asked to stay indoors as a preventive measure.

The court delivered its verdict in the case against the 50-year-old Dera Sacha Sauda chief after 15 long years.

In 2002, the Punjab and Haryana high court took suo motu cognizance - action of its own accord - of the sadhvi's letter to then PM Vajpayee, and directed the CBI to register a sexual exploitation case against the Dera chief in 2002. The case was then handed over to the CBI.

The investigating agency questioned 18 sadhvis and two of them leveled allegations of rape against the spiritual leader.

Their statements are part of the CBI chargesheet which was filed on July 30, 2007, in the CBI special court.

One of the sadhvis said in her statement, that when she entered the Dera chief's sprawling chamber, the doors automatically closed and she found him watching a pornographic movie on a big screen. The CBI is said to be banking heavily on this statement as only a select few have access to that chamber.

The trial against Gurmeet Ram Rahim commenced in 2008 and on September 6, 2008, he was charged under Section 376 (rape) and Section 506 (criminal intimidation) of the Indian Penal Code.

The Dera chief consistently called the charges false and baseless and has told the court that he is "not capable of" engaging in physical relations.

He is also facing trial in two separate murder cases- those of Dera follower Ranjit Singh and of journalist Ram Chander Chattrapati.