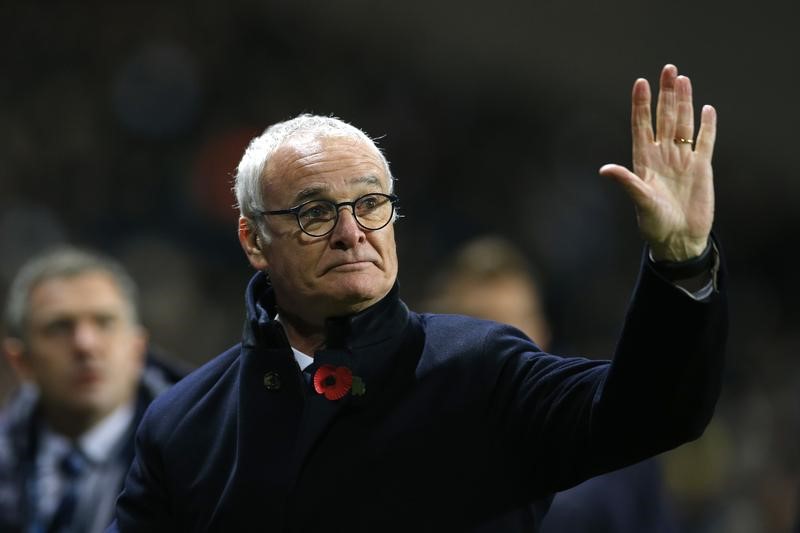 LONDON, Nov 8: Leicester City manager Claudio Ranieri spent the first half of last season talking about reaching the 40-point threshold to avoid relegation before his side galloped away with the title.

That was mainly in jest but if Leicester's Premier League results do not improve soon the Italian will be taken more seriously if he starts trotting out the same old line.

While it is far too early to panic, 12 points from their first 11 games has left the Foxes two points above the bottom three and any talk of defending the title, or even claiming a top-four spot, are long gone.

Instead, Leicester find themselves in the more familiar position of jostling with the likes of Hull City, Bournemouth and Sunderland in the bottom half.

"I think they're probably concerned now, but it's very tight at the bottom so one win can take you to mid-table and you look relatively okay, but then two losses can get you sucked back in again," he told Sky Sports.

"Knowing the owners and some of the backroom staff, I know last year they were looking to get to 40 points, but they kept on winning games. Really deep down they should be looking at the 40 points and then taking it from there."

Until Sunday's 2-1 defeat by West Bromwich Albion, Leicester's home form had continued in the same vein as last season with three wins and two draws.

With an appalling away record of one point from 15 this season, the last thing Leicester need is a home slump.

Against West Brom they failed to register an attempt on target in the first half while at the back they were guilty of worrying lapses, none more so than Danny Drinkwater's errant backpass that allowed Matt Phillips to score the winner.

Riyad Mahrez, last year's PFA player of the season, has failed to shine while Jamie Vardy's goal have dried up to such an extent that he was on the bench on Sunday.

Leicester are also clearly missing the industry and guile of N'Golo Kante, the unsung hero of their title charge who is now a key cog in the Chelsea team.

After the international break Leicester have games against Watford away, Middlesbrough at home and Sunderland away - offering the chance to climb the table.

"It is disappointing and we have to pick ourselves up and move on," right back Danny Simpson said.

"It depends how you look at it. We are probably three points off the top half. It is very tight."

Leicester shares point against Southampton, as honors even at The King Power

LEICESTER, Oct 2: Leicester failed to reproduce its Champions League form in drawing 0-0 at home to Southampton in another disappointing result in... Read More...

The stand-up point of view

Trying to be funny in front of a room full of strangers is nothing to joke about and while some... Read More...

Prior infection, vaccines provide best protection from COVID
20 minutes ago

Westerly wind likely to cause rain, snowfall
50 minutes ago