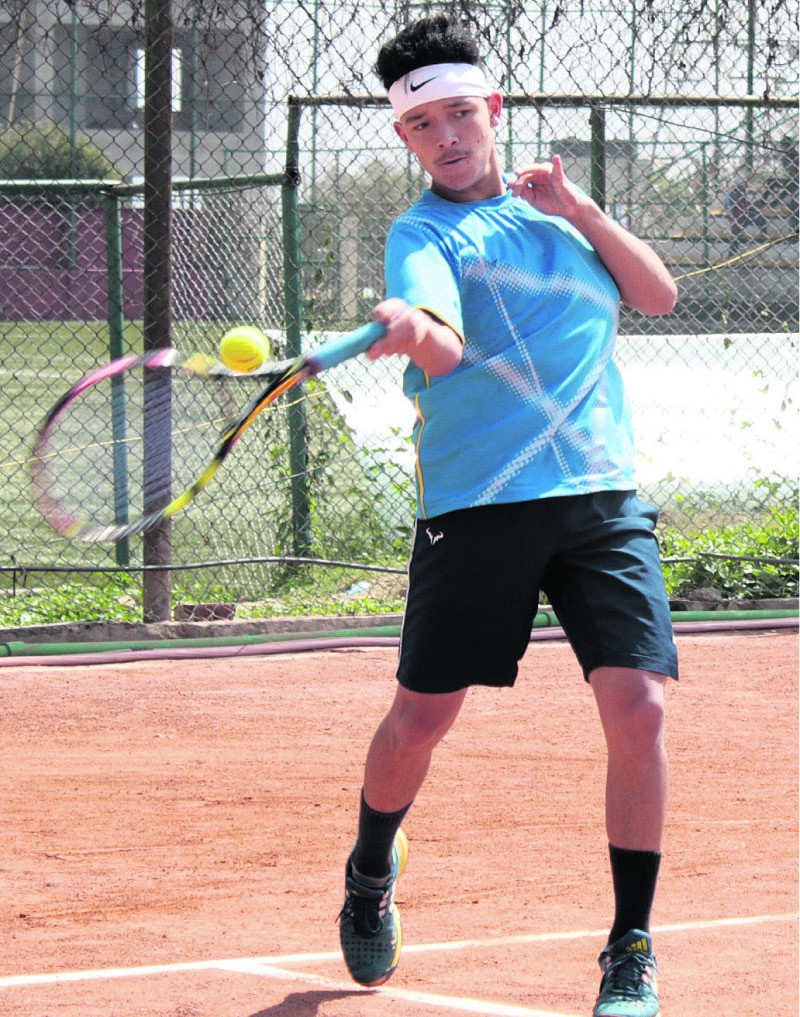 To book their places in the last four, Mayanka defeated Sneha Yadav by 6-1, 6-1 while Mahika overcame the challenge of Bhagwati BK by 6-0, 6-3 in the quarterfinal matches played at Satdobato Tennis Court. In other matches of the same event, Ira Rawat saw off Ganga Sharma by 6-0, 6-3 and Prerana Koirala registered 6-0, 6-0 win over Lumu Lama. After the wins, both Ira and Prerana reached the last four of the tournament.

In the men's doubles of above 35 age category, the pair of Raju Chhetrri and Rajesh Pariyar, Mahesh Shrestha and Kamal Bhandari advanced to the semifinals. Similarly in the same event, pair of Atmaram Karki and Anuj Arora, Chhewang Lama and Manoj shah also booked their places in the last four.

From Wednesday onwards, all the matches of the tournament will be shifted to National Sports Council (NSC)'s tennis court, Tripureshwor Wednesday onwards from Satdobato Tennis Court.
Meanwhile All Nepal Lawn Tennis Association (ANLTA) has selected three each players from boy's and girl's category to take part in the South Asian Qualifiers of ITF Asian U12 Team Championship.

Aryan Giri, Arav Samrat Hada and Akijuwen Rawat are selected in boys' category while Isha Shree Shah, Sbhrani Shrestha and Subhangi Laxmi Shah are chosen from girls' category according to Tournament Director Ajay Bista. The qualifiers will be held at Satdobato Tennis Court from May 13 to 20.

KATHMANDU, March 13: The Rana siblings Mayanka and Mahika have entered into the semifinals of the ongoing 10th Sahabir Memorial Open... Read More...

KATHMANDU, Sept 26: Ira Rawat and Mayanka Rana have progressed to the semifinals of the girls’ singles section in the... Read More...

WEATHER ALERT: Westerly wind likely to cause light snowfall in hilly and mountainous area
2 hours ago