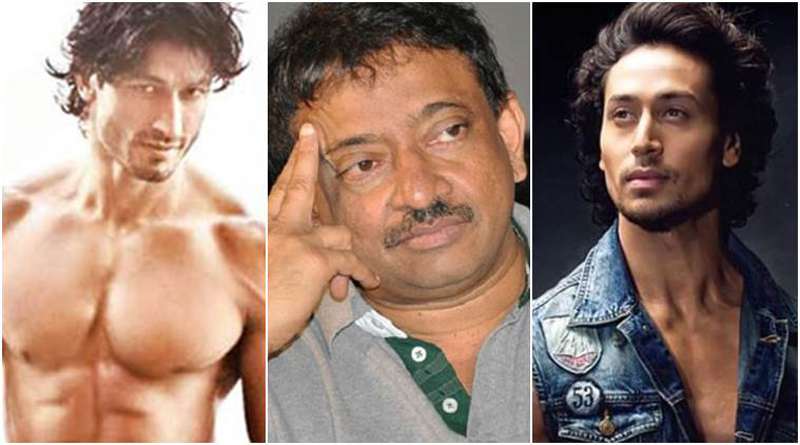 MUMBAI, April 13: It seems like Ram Gopal Varma’s obsession with Tiger Shroff has continued. After tagging the Baaghi actor as Urmila Matondkar and Bikini babe among the present lot of actors, in a conversation with Vidyut Jammwal over phone, he called Tiger a ‘transgender.’

For people who wonder why Vidyut called up RGV, the Sarkar director has been tweeting about a face-off between Vidyut and Tiger and how the latter would break bones of the former. So, Vidyut telephoned him to ask why he was doing all this, making a comparison between him and the Baaghi actor. To this, RGV replied that he has nothing against Vidyut and goes on to call Tiger with different names – woman, transgender and a lot more.

Vidyut recorded the call and shared it on his SoundCloud account. In the audio, we can hear Vidyut repeatedly asking about why RGV is comparisons between him and Tiger but the director refuses to answer the question and rather talk about Vidyut’s manliness against Tiger Shroff.

As soon as the director got to know that Vidyut has posted his entire conversation on Twitter, he wrote, “I want to thank @VidyutJammwal for the extraordinary expose not to the people about me,but for exposing me to myself about myself. I truly thank @VidyutJammwal for my changeover nd I want to apologise to Bruce Lee for not understanding him the way Vidyut made me realise.”

And when RGV started feeling a bit sober, he realised what he had done and was quick enough to cover-up. “Though it was done in my usual fun way,I apologise to both @VidyutJammwal and @iTIGERSHROFF for the irritation caused.” By the way, his tweets have mention of Amitabh Bachchan too.

The director credits Senior Bachchan for getting stability in his life. “For all those who are disbelieving my vow,since I don’t believe in God,I hearby swear on my mother,Steven Spielberg and @SrBachchan. Great Bruce Lee evolved me and @VidyutJammwal de evolved me nd I thank @SrBachchan for being stabilising factor..I owe my existence to him.”

This is not the first time that Ramu has spoken such derogatory words for Tiger. Earlier, while the star and his father Jackie Shroff remained silent about the entire issue, his mother Ayesha Shroff had expressed her vain over RGV’s comments. While Vidyut has already taken the required action, we wonder how Tiger will respond to this entire issue this time.

PARBAT, Dec 22: Dissecting human bodies is not an easy job. In fact, it takes guts to cut up human organs.... Read More...

Lindsay Lohan calls off her engagement!

Unity with KP Oli is next to impossible: Madhav Nepal
20 hours ago

KP Oli thinks he is a king: Dahal
23 hours ago

Dahal submits written response to SC over contempt of court charge, says courts can never be influenced by rallies, slogans and speeches
18 minutes ago

Unity with KP Oli is next to impossible: Madhav Nepal
20 hours ago