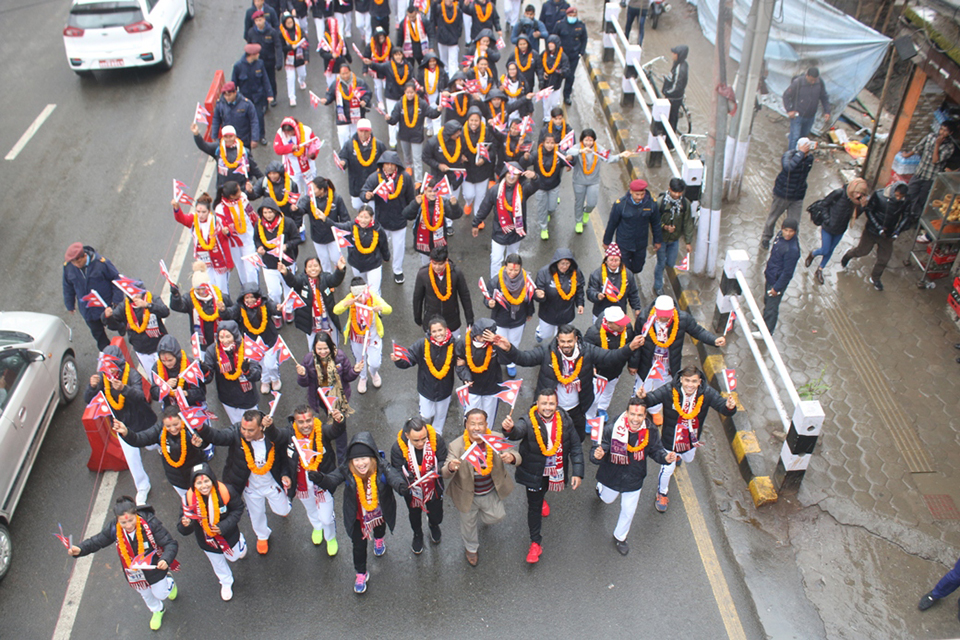 KATHMANDU, Dec 13: National Sports Council took out a rally in the capital on Friday in honor of the Nepali medal winners of recently held 13th South Asian Games.

According to NSC, it initially planned to organize the rally in Lalitpur and Bhaktapur as well, however, it failed to do so due to bad weather.

The rally that started from NSC premises in Tripureswor passed through New Road, Botahiti, Ratna Park, Bhrikutimandap, Bhadrakali, Singha Durbar, and Thapathali. The rally ended on the NSC premises.

NSC Vice president Pitambar Timalsina said that the successful holding of the 13th SAG has also provided new challenges to the Nepali players.

He also lauded the role of players' guardians. Nepal was able to bag 51 gold medals during the 13th South Asian Games held in Kathmandu from December 1 to 10. 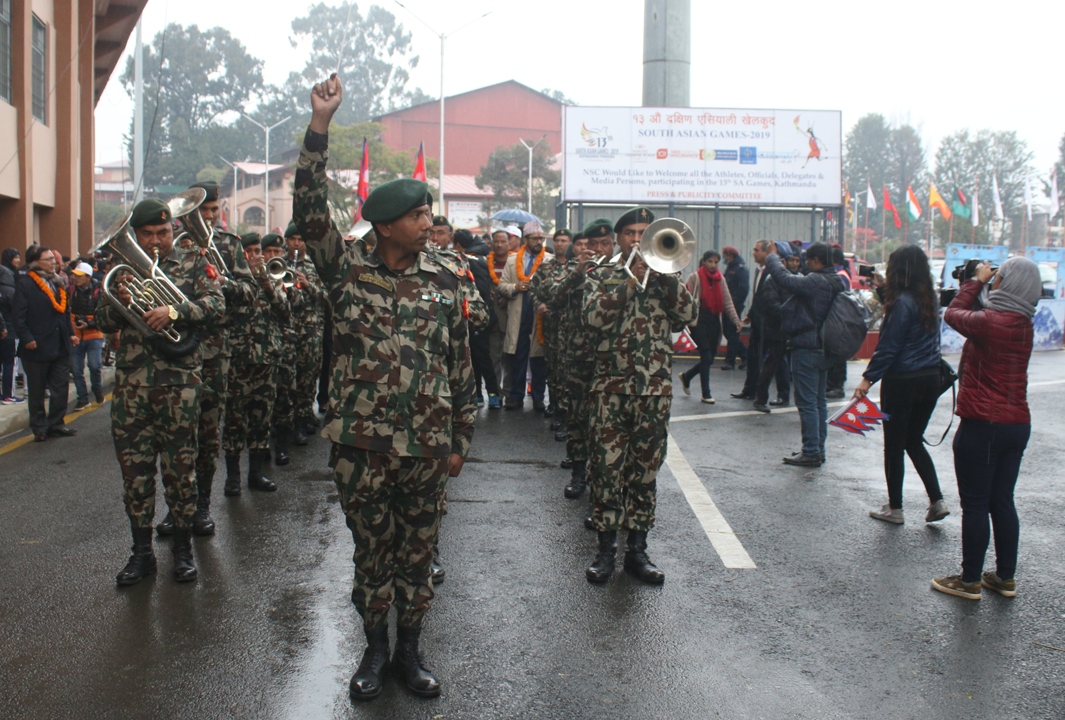 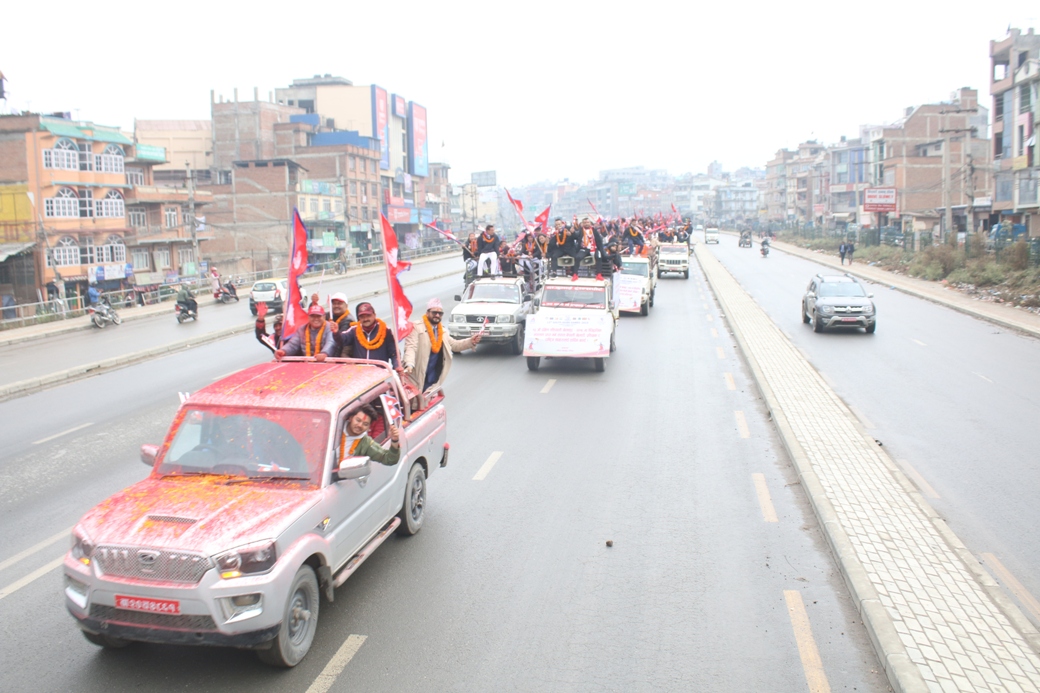 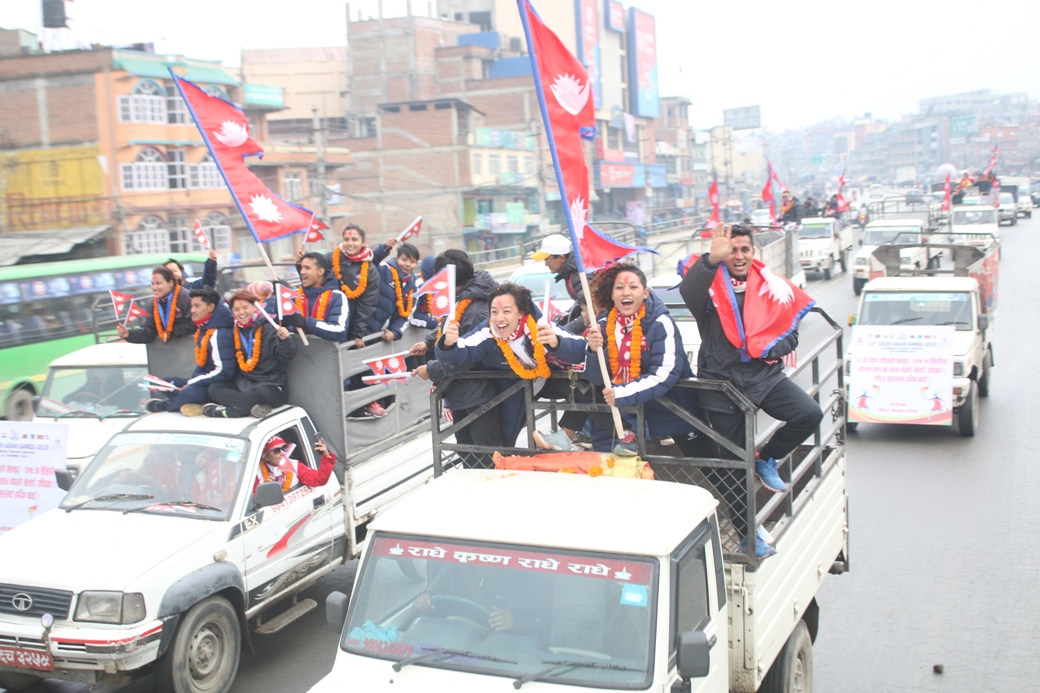 MOSCOW, Aug 27: Luxury cars, apartments, even a racehorse — being an Olympic medalist in Russia can come with great... Read More...

NC leader Paudel, others released after three hours in police control
19 hours ago
Arrest of NC leader Paudel is an indication of totalitarianism: President Deuba
21 hours ago

Fourteen years of CPA: What did Nepal achieve?
6 hours ago

Factbox: UK approves Pfizer-BioNTech COVID-19 vaccine - Who gets it first?
2 hours ago

Son thrashes father to death in Gorkha
3 hours ago