Rajapaksa brothers to get strong support in Sri Lanka polls 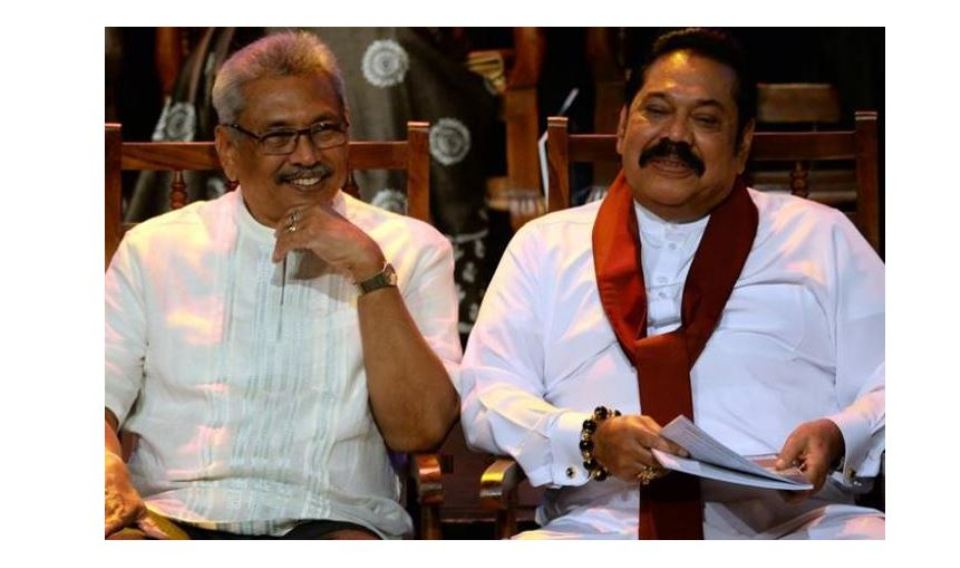 COLOMBO, Sri Lanka, Aug 3: Sri Lanka’s powerful, popular Rajapaksa brothers are likely to get strong support in parliamentary elections Wednesday that could add to their family political dynasty and their ability to amend the constitution – a prospect raising fears of weakening government institutions and the rule of law.

The results of the vote could also lead to sibling rivalry, charting the country into more confusion, analysts say.

Gotabaya Rajapaksa won the presidential election last November after casting himself as the only leader able to keep Sri Lanka secure following the Easter attacks on churches and hotels. The Islamic State-inspired attacks that killed 269 people had exposed serious intelligence lapses and discord among political leaders of the then-government.

His victory set up the return to power of the Rajapaksa family, once considered invincible but unexpectedly defeated in 2015 after being accused of corruption, dynastic ambitions and intolerance of criticism during Gotabaya’s older brother Mahinda Rajapaksa’s nine-year presidency.

Mahinda Rajapaksa did not retire after his election defeat. His supporters needed his charisma to stage a comeback, while he needed to be politically active to promote his son Namal’s political career.

He was elected to the last Parliament and was appointed prime minister last November. The 74-year-old is hopeful he could become prime minister again on Wednesday.

“Mahinda’s family has a dream of bringing Namal to the forefront of the leadership of the country,” said Sakthivel Balakrishnan, an independent analyst. “Mahinda may not be able to do so with so much power going to Gotabaya.”

Gotabaya Rajapaksa’s opportunity to run for president came because the constitution limited Mahinda Rajapaksa to the two terms he had served, though he remained popular for his role in ending a nearly 26-year separatist civil war by ethnic minority Tamil rebels.

Gotabaya, who was also crucial to the war victory as the top defense bureaucrat under his older brother, has served with less presidential power. A 2015 constitutional amendment strengthened Parliament and the prime minister and put independent commissions in charge of judiciary appointments, police, public services and the conduct of elections.

That power structure has placed Mahinda Rajapaksa in a position of strength to promote his son. However, some Rajapaksa supporters are canvassing for a two-thirds majority in Parliament to change the constitution and strengthen the presidency.

“We can go for two-thirds because the (main opposition) UNP (United National Party) is divided and the two factions are fighting among themselves rather than fighting us,” said Wijedasa Rajapakshe, who is contesting for a seat from the Rajapaksas’ party, Sri Lanka Peoples’ Front. He is not a member of the Rajapaksa family.

“The presidential system has to prevail, without which we can’t run the country,” he said.

“If it (the two-thirds majority) comes, the conflict could become more acute, and the Gotabaya camp’s demand will become stronger to change the constitution,” Balakrishnan said, adding Mahinda Rajapaksa may assert himself to make sure his own powers are not reduced.

There are at least four family members including Mahinda and Namal contesting seats in Parliament and are likely to control key functions within their administration.

If the Rajapaksas achieve a two-thirds majority, their camp is likely to be unanimous in weakening independent institutions, allowing politicians to have a bigger say in their functions and appointments, says Jehan Perera, analyst from the independent think tank National Peace Council.

Rajapakshe says a new government plans to revisit a constitutional council that recommends names to be appointed to the elections, police, public services and the judicial commissions because it is politicized.

“So again the Rajapaksa octopus trying to control everything,” said Harsha de Silva, an opposition candidate.

“The expectation of those who voted for (Gotabaya) — that he will be different — has not been realized. He has not been able to understand the economy. The people are in trouble and the government is not helping.” said de Silva.

Drastic tax cuts when Gotabaya Rajapaksa assumed power has put pressure on government revenue, and the COVID-19 pandemic has made the economic crisis acute. Though the government has managed to contain the spread of the virus, his failure to provide economic relief has eroded the president’s popularity.

However, divisions in the opposition give the Rajapaksas a distinct advantage. The UNP, the largest political party in the country, is divided and a breakaway party led by Sajith Premadasa is likely to return the second highest number of lawmakers in the 225-member Parliament.

Nimal Weerasinghe, 59, a retired private sector employee, said he would vote for Peoples’ Front because Gotabaya is the best option and he needs Parliament’s support to deliver on his promises. Weerasinghe said Gotabaya has already proven his capabilities by effectively controlling COVID-19.

Dashika Manuranga, 34, a private sector employee, said he is voting for Premadasa’s party because there was no alternative. Manuranga said he fears that Rajapaksas would undermine democracy and the rule of law.

12 workers trapped week ago in China mine blast are alive