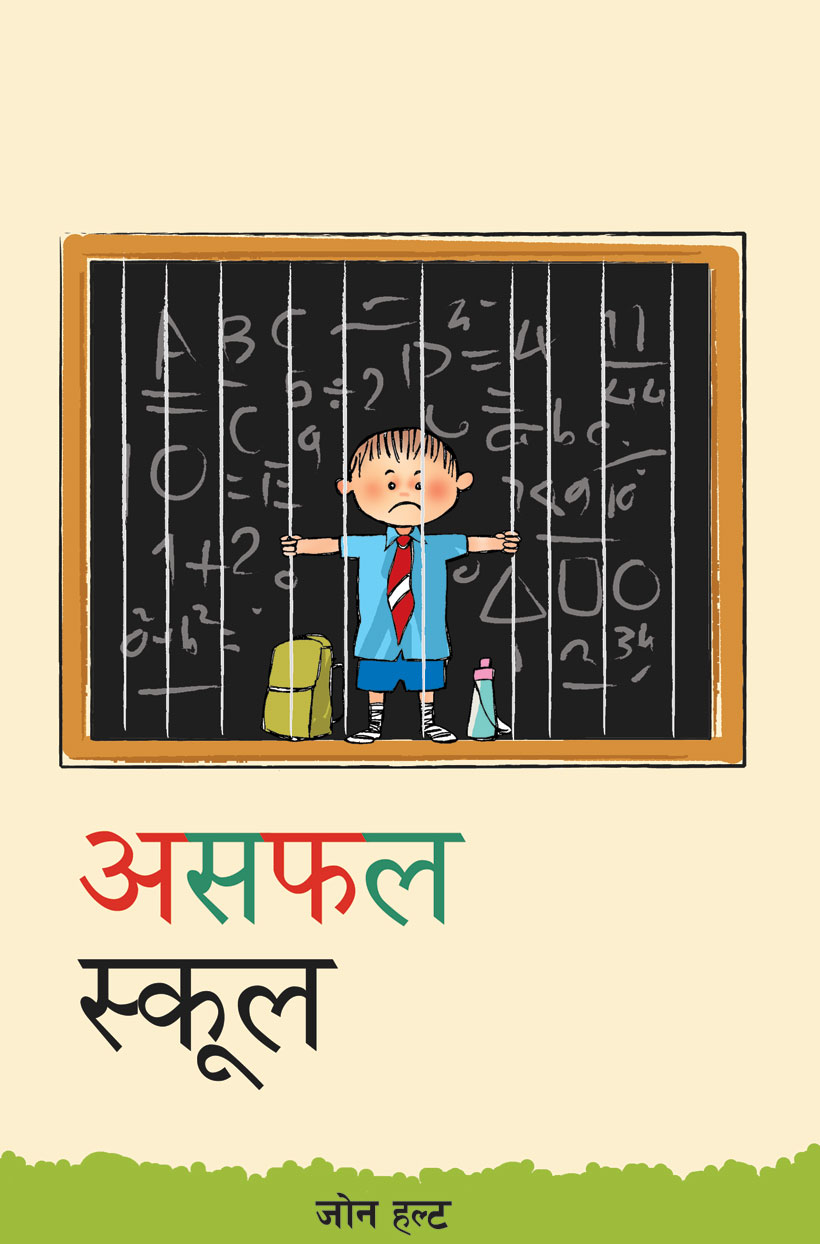 The book is the Nepali version of ‘Underachieving School’ written by veteran late American educator Jhon Holt 46 years ago.
Children are usually curious, joyful, and active by nature. But send them to school and, over time, many of them will lose these precious qualities. There are indeed some problems with our school and the schooling system. ‘Asafal School’ that has hit the market recently discusses some such compelling issues regarding children, schools, and schooling.

The book is the Nepali version of ‘Underachieving School’ written by veteran late American educator Jhon Holt 46 years ago. The ‘dogmatic, seriously problematic, unprogressive, unscientific and discouraging’ culture of schools that he observed as a teacher and visiting professor in his country had compelled him to come up with the non-fiction back then.

To nudge the policy makers and investors in the education sector in America into action, he had mercilessly slammed the faulty approach towards young people and suggested ways to rightly groom children. All of that making so much sense here in our country four decades later is rather unfortunate.

According to the book, the main problem with schools is that they have failed to become a pleasant and welcoming zone for children. When you are not in a pleasant environment and are still forced to be there every day for hours at end, your natural learning process is seriously challenged. So, the point is, schools must figure out ways to make children feel at ease. ‘Or else, keep the kids in prison and gradually kill their natural quest and natural process to learn,’ warns the author.

Holt argues that schools are simply not facilitating the natural learning processes of children. In fact, they pose serious obstacles in the course of learning. When a child steps into a school for the first time, s/he is still very curious to learn, is confidant, free and natural. But gradually, as Holt points out, the child’s mind is controlled by the systems and rules of the school resulting in a less excited, less happy and overburdened person. ‘Programmed people’ should not be the motto of schools, says Holt.

In general, going to school every day is taken as an obvious rule. But no, Holt is dead set against the practice. The advocate of home schooling or un-schooling (in many of his other books) begs to spare kids from such a cruel imposition. He is all up for giving flexibility on attendance as that ‘help kids attend school by choice rather than by force and thus keep their natural love and enthusiasm for learning intact.’ This might be a debatable issue but Holt largely manages to make you see his point.

People generally do not like to listen to others. It’s as simple as that. Though Holt does not pin the blame squarely on the education system, he also argues that when we rely on monotonous lectures that comprise of mostly the teacher talking and throwing information at you, all you will get at the end of it all is a group of disinterested listeners.

Holt even goes on to say that the ‘failed schools and education policies’ have been carrying out their ‘businesses’ at the cost of children’s happiness, freedom, rights and overall wellbeing of the society and, eventually, the entire world. Relating it to world peace (or the lack of it) he suggests making changes in the way we groom or educate kids.

Sounding a bit incredulous though, he even says that he firmly believes faulty schooling, which produces people with low self esteem by the virtue of having ‘lived in prison’ for several years, contribute a lot to the unhappiness and conflicts at micro levels and also to war in the large scale.

Cautious that his criticisms and visions might not go down well with many for various reasons, Holt has tried to answer the possible queries one by one in the last few chapters. Questions like how feasible are his proposed techniques, whether they would prove a setback for children later on in life, and whether deviating from the strict schooling or learning system would harm not only child’s future but a country’s economy as a whole have been answered quite honestly. Holt insists that providing a free learning environment to kids will not cause harm at all. Instead, it will add to human happiness and prosperity in many subtle and no-so-subtle ways.

To prove himself right, the author has provided an example of a ‘good school’ in Denmark that impressed him. This school is apparently loved by children because it is not like ‘other schools’. The difference is that children are simply encouraged to learn through practical sessions instead of being intimidated or forced to learn in name of studies and discipline. Some of his claims might sound doubtful but the book certainly compels you to review the beliefs and methodologies practiced in our schools.

Translator Sharad Chandra Wasti has done justice to readers by presenting the book in very smooth and catchy language. Notes of Wasti and Dhananjay Sharma, president of the publisher, Sikai Samuha on why ‘Asafal School’ had to come in market what is expected in turn is remarkable. A must read for parents, policy makers, school proprietors and even children, the text has the capacity to help erase many rigid and fruitless practices that have been making our children dull and unhappy while in school.

Raising a child is no easy task. And for some it is a downright scary prospect. We have mothers who... Read More...

Do not try to stifle their curiosity, like our parents did, with a standard answer to every question ... Read More...

Social gatherings provide me with a useful glimpse of what parents think about their children and what bothers them. Recently,... Read More...