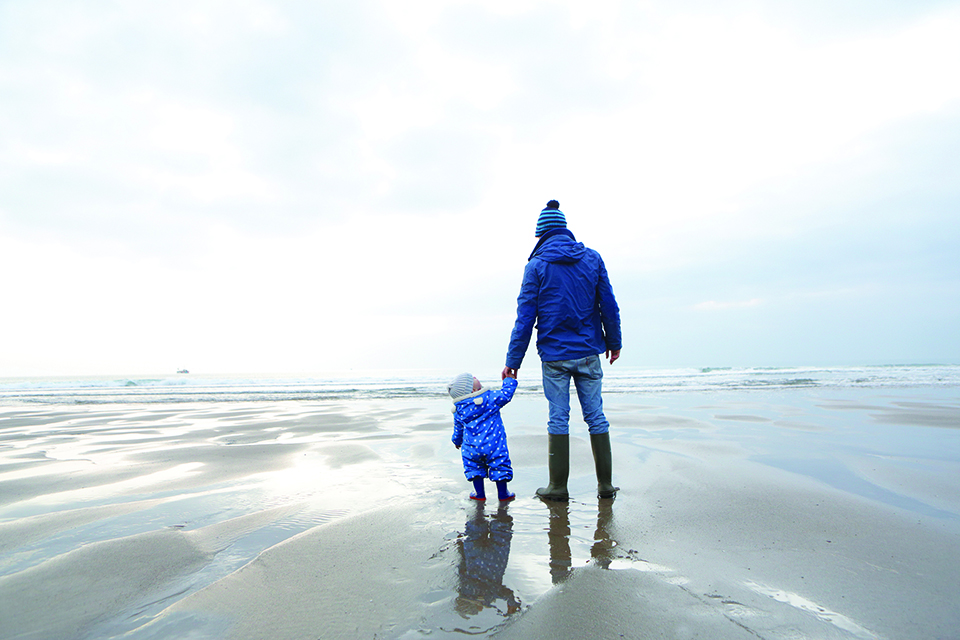 Fourth-wave feminism, colloquially referred to as the #MeToo movement, has spawned many important questions, one of which is how to effectively raise sons in an era of accountability and mutual respect across genders. Authors writing for many major media outlets have offered insights into how to handle this task. However, none have touched on a concept developed from my own research termed “Gender Role Agency.” The findings on this construct came from an unlikely place: a Columbia University-based study on the experiences of managing stigma while growing up in a single-mother household.

The normative experience of single mothers and their families is that of receiving stigma and negative attitudes, like they are missing something, socially deviant, or are subpar family units. Take, for example, the title of a 1996 scholarly book: Life Without Father: Compelling New Evidence that Fatherhood and Marriage are Indispensable for the Good of Children and Society. The title says it all, and the flawed data it presents reflects other psychological literature that deems single-mother families as “broken” without a male parent. What the present study found, however, was that the single-mother family structure offers numerous opportunities for children to develop strengths. One of these is Gender Role Agency, or the mechanism in which individuals gain agency over their ideas of gender, rather than being “constricted” by conventional norms, as one participant described it.

Through participant interviews about their experiences growing up with a single mother, narratives emerged about how, with one female parent, an “omni-model” of gender emerged in which the head of household—Mom—embodied male roles, female roles, and everything in between. Participants explained how they absorbed this model, finding themselves with a certain level of agency over the gender roles they embodied in their own lives both during childhood and throughout their lifespan. This led to what was called “freedom from convention” among adult children of single mothers, who appreciated the non-traditional model of gender offered by their upbringing.

Such freedom from convention meant that those who grew up with a single mother developed unique ideas about gender. These were understood to be distinct from what is typically modeled in the “traditional family” with two parents who are heterosexual and married. These atypical ideas about gender are encapsulated by the umbrella construct “Gender Role Agency” that houses four distinct concepts: democratized gender roles, expanded masculinity and femininity, gender self-efficacy, and gender self-sufficiency. Each of these speaks to the unique and gendered experience of growing up with one female parent in a way that defies tradition. As the latter two were specific to female participants overcoming gender-based low expectations, the focus here is on how democratized gender roles and expanded masculinity impacted male participants who grew up with single mothers. It can also be inferred that boys growing up in any household can develop these capacities if provided similar circumstances to that which participants experienced.

This concept emerged during study interviews when participants spoke to the way in which, in their single-mother household, they did not have a model for male dominance or female submissiveness that their peers from two-parent heterosexual households observed. Many spoke to the way in which this currently impacts their adult lives, and some explained how, in their adult domestic lives, they experience shared responsibility with others at home, regardless of gender. For instance, one male participant said this: “Because my mom played this ambiguous role, it impacted the role that I would [otherwise] assume, which is the protector, the breadwinner. [Now,] I do the dishes, right? [My wife] cooks, but I do the dishes. I do laundry… So we don’t have typical gender roles. That’s because my mom—that was a model for me.”

Another participant emphatically referred to his democratized gender roles as “an unintended and beautiful gift.”

The second concept beneath the umbrella of male Gender Role Agency—Expanded Masculinity—addresses the way in which participants felt that they understand masculinity and femininity in a “balanced” and “free” manner. This is distinct from Democratized Gender Roles, which pertains more specifically to shared roles at home or other spheres of life.

Noting his acquired expanded masculinity, one male participant shared that he has “a more fluid concept of gender,” because his mother embodied both masculinity and femininity. Another participant stated that he feels “untethered” to the traditional view that a woman cannot independently head a household. Male participants also talked about having little interest in excessive competition and being more comfortable expressing emotion than their two-parent, male peers.

It is important to note that some male participants discussed their awareness that others may not see these capacities as assets, particularly those who ascribe to highly “traditional” views of gender roles. All male participants did, however, indicate that gender role agency provided them with what they saw as five clear assets: balance, authenticity, liberty, self-governance, and empowerment.

This means that with gender role agency and its associated democratized gender roles and expanded masculinity, the men in this study felt that they experienced the opportunity to live authentically in a freer, more balanced way that provided them with satisfaction in feeling that they can self-determine their own choices, behaviors, and interests, rather than being constricted by what they “ought” to do as men. Rather, in having a parental model of “unified gender roles,” as one participant said, these men were afforded a level of empowerment over their gender roles which enabled them to empathize with others, feel comfortable with a woman in charge, and not be pulled toward excessive competition that can impair relationships with men and women alike.

In this way, men growing up with single mothers may have a gendered edge in the #MeToo era.

If the conditions in which gender role agency, democratized gender roles and expanded masculinity and femininity can be reproduced across diverse family structures, not just single-mother households, this would be a true asset to the fourth-wave feminist and social justice movements. Such movements are only as good as the generations that carry on their values, and raising young men to embody gender role agency, democratized gender roles, and expanded masculinity is one stepping stone to a legacy of equality. Drawing broader awareness of how gender role agency is developed would also finally provide a counter-narrative to political and social rhetoric that places blame on single-mother families for the ills of society. Instead, we have an opportunity to learn from an undervalued group just how they manage to create assets in the midst of challenges.