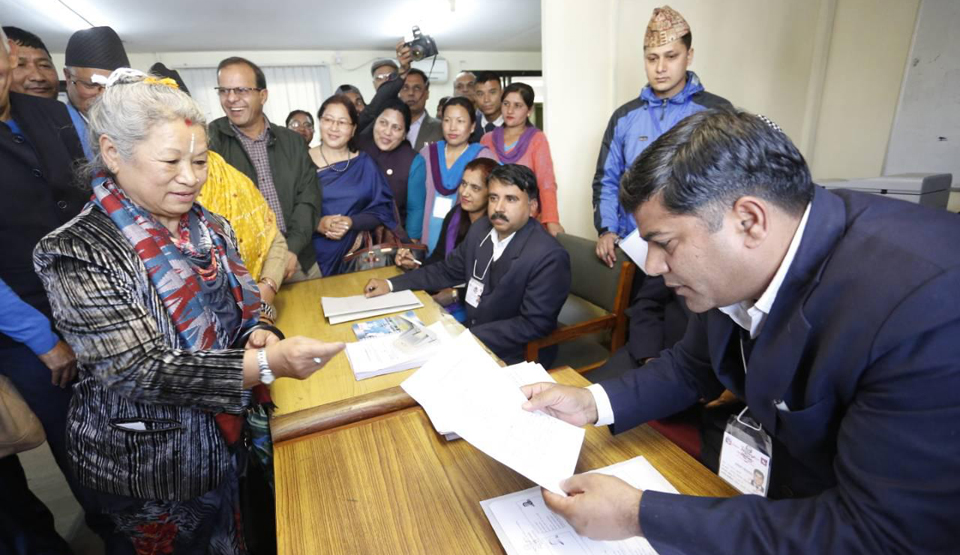 In turn, Rai had to catch the first flight from Bhojpur to Kathmandu to file her candidacy.

In 2013, Rai was a member of Constitutional Assembly under proportional representation from Nepali Congress.

From UML, Bidhya Devi Bhandari is filing her candidacy to be reelected as the country’s President.

With the left alliance having more than 2/3rd majority, Bhandari is likely win the elections. President Bhandari will not resign until new one is elected.

In the constitution on clause 63 (2), The President whose term of office under clause (1) has expired shall continue to discharge the functions under this Constitution until another elected President assumes his or her office.

The tenures of current President Bidya Devi Bhandari and Vice President Nanda Bahadur Pun will be over soon, who were elected to the posts in October 2015.

KATHMANDU, August 30: Gagan Thapa has announced his candidacy for the post of general secretary of the Nepali Congress (NC)... Read More...