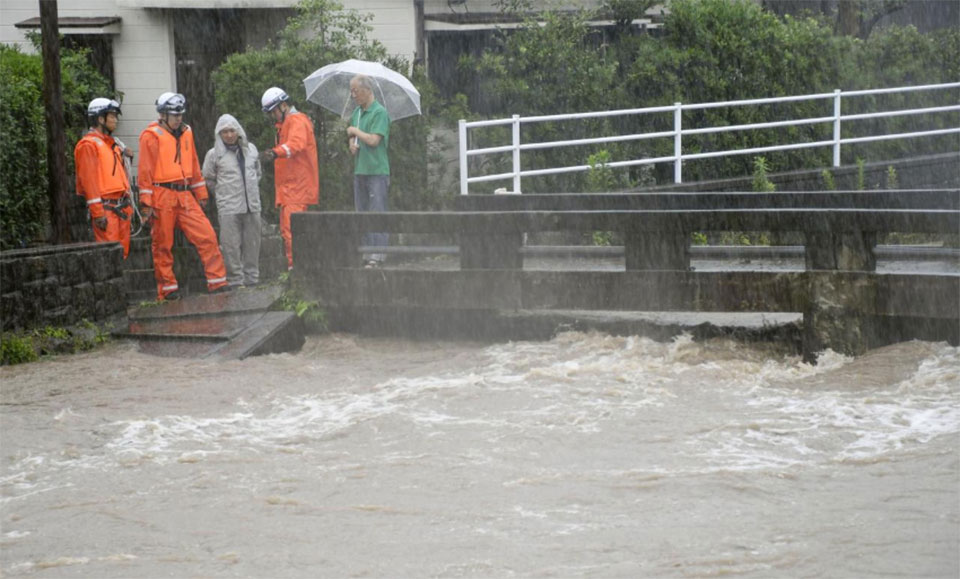 TOKYO, July 4: Heavy rains in southern Japan let up by Thursday, but authorities maintained evacuation orders for more than a million people, warning against a risk of more landslides, which have killed one person, with another missing.

Since Friday, some areas of the southernmost main island of Kyushu have received as much as 1,000 mm (39.4 inches) of rain, or more than double the usual volume for all of July, public broadcaster NHK said.

As the rains shifted towards central and eastern Japan, NHK warned Kyushu residents not to rush home as the landslide danger persists. The Yomiuri daily newspaper said 11,353 people had flocked to evacuation centres.

The resident of a home razed in a landslide on Thursday morning, a woman in her 80s, could not be reached, NHK said. A woman in the prefecture of Kagoshima in southern Kyushu was killed this week in another landslide.

The government was criticised for its slow response last July when heavy rains in Kyushu triggered landslides and floods, killing more than 200 people in Japan’s worst weather disaster in 36 years.

KATHMANDU, Oct 20: Even after the end of the rainy season, the incidence of floods and inundation has increased across... Read More...