PALPA, July 19: Vehicular movement along the Tansen-Butwal road section of the Siddhartha Highway has remained disrupted for the past four days due to rain-triggered landslides in the Gaudepul area in Tansen Municipality-8.

A truck with a number plate Lu 1 Ka 1175 — which was stuck due to landslides a few days ago — was also buried under the debris following landslides, according to Madan Giri, Deputy Superintendent of Police at the Palpa District Police Office, Palpa.

Huge amount of boulders have continued to fall from the hill adjacent to the road since Thursday causing the road blockage, according to him.

However, no human casualty has been reported in the incident. "Efforts are on to resume vehicular movement on the highway by clearing the debris," Giri said.

Incessant rainfall has prevented local authorities from clearing the debris, he said. Hundreds of passengers have been stranded along the highway. 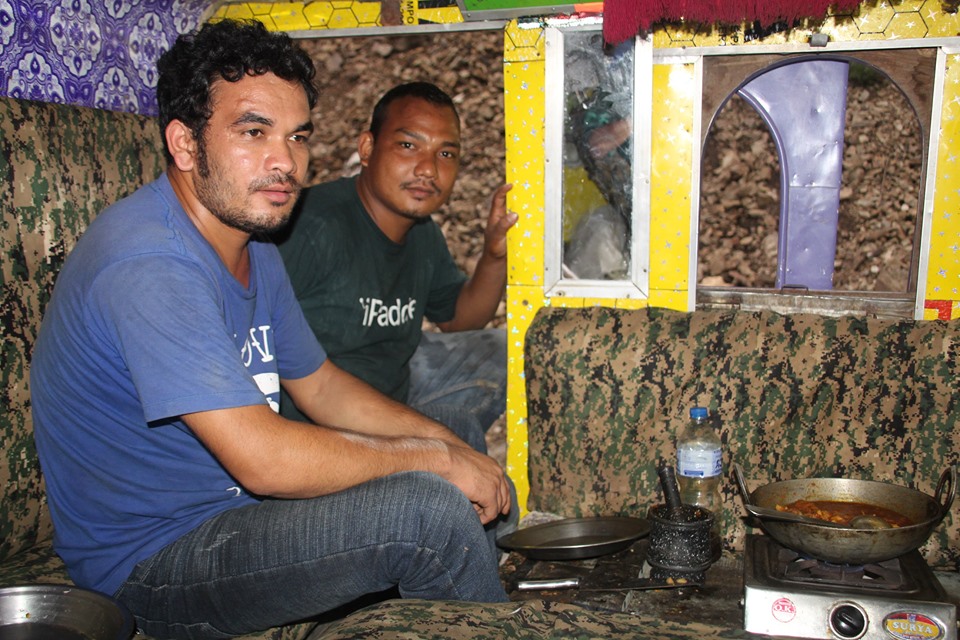 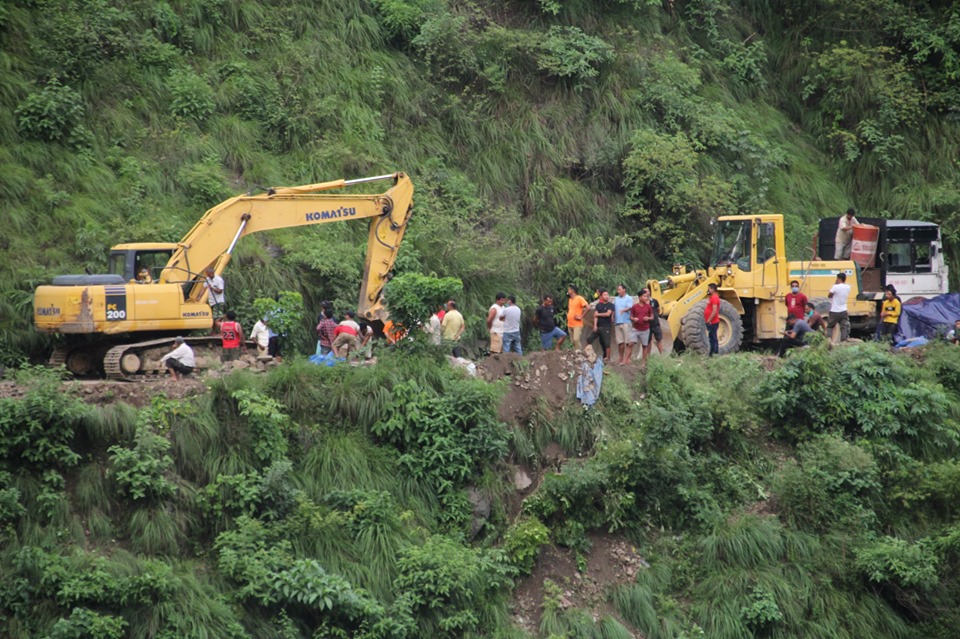 Mother, son buried to death in landslide in Baitadi

BAITADI, Aug 7: A mother and her son were killed after being buried in a landslide in Baitadi on Thursday... Read More...

Vehicular movement along Narayanghat-Mugling road disrupted due to landslides

CHITWAN, July 20: Vehicular movement along the Narayanghat-Mugling road section has been disrupted since Monday morning after landslides occurred at... Read More...

PYUTHAN, July 19: All the seven persons who lost their lives in a tractor accident at Swargadwari Municipality-3 Saturday night... Read More...