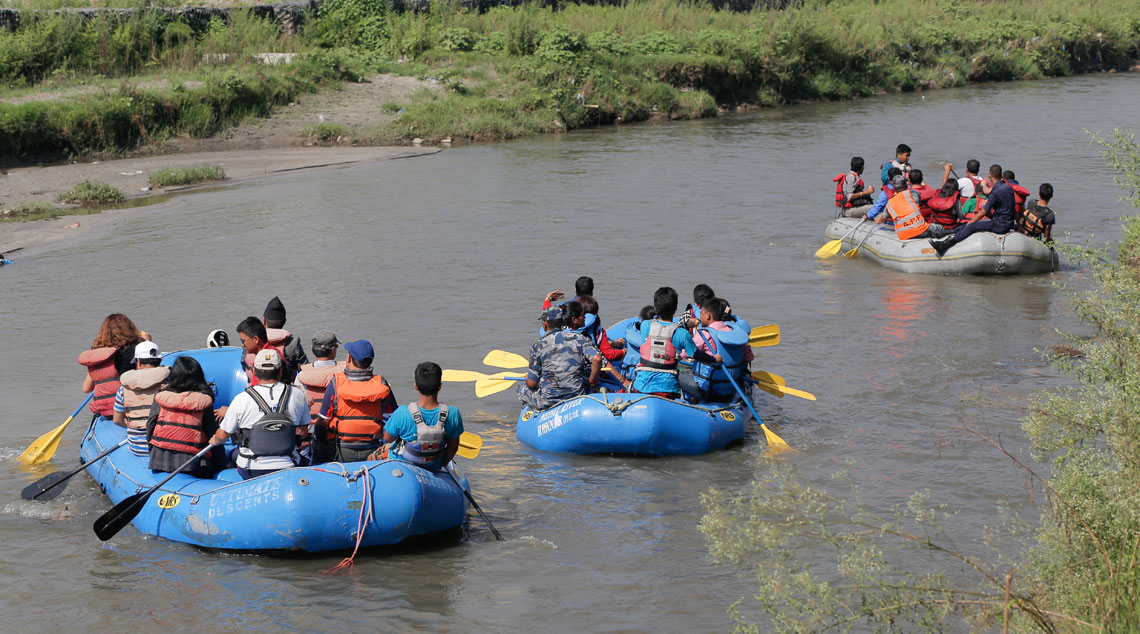 KATHMANDU, August 12: The weekly cleaning of the rivers in Kathmandu valley and of the ring road was affected due to rainfall on Saturday. As a result, only 11 metric tonnes of solid waste was extracted from and around the rivers.

Four metric tonnes of solid waste was managed from below the Thapathali bridge over the Bagmati river as part of the 222nd week of the Bagmati cleaning mega campaign on Saturday.

Around 500 people including representatives of more than 20 organisations including the high-powered Bagmati civilization integrated development committee, the municipalities in the capital, the security agencies and other civil and social institutions took part in the campaign.

Another one metric ton of waste was collected as part of the 18th week of cleaning that took place in the Aloknagar Minbhawan area. The Tilganga women's group also collected a metric ton of solid waste the Bagmati river bank in Tilganga area.

Next Saturday, a rafting is being organised from Kupandole to Sundarighat, as part of the awareness raising initiative under the Bagmati cleaning mega campaign that will be marking its 223rd week. A talk program on the preservation of the Bagmati civilization is also scheduled for next week, according to the campaigners. RSS

BARDIBAS, April 1: Some two hundred thousand people have been affected as a result of pollution in the Bighi river that... Read More...

KATHMANDU, April 29: As high as 50 metric tonnes of wastes has been managed after the clean up campaigns in... Read More...

KATHMANDU, Sept 16: The parapet of the only international stadium - Dasharath Stadium and adjoining area of the premises was cleaned... Read More...