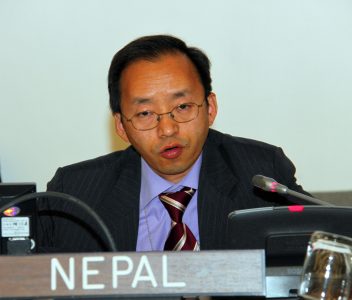 Foreign Minister Pradeep Kumar Gyawali confirmed Republica Online that Monday's Cabinet meeting decided to appoint Rai as ambassador and Nepal's PR to United Nations in New York. New York is considered a crucial diplomatic post which had been lying vacant since the then Nepal's Permanent Representative Durga Prasad Bhattarai returned after the government asked him to come back home following completion of his extended tenure.

Rai is a career diplomat. He was recalled by the government recently, who had been serving as Nepalese ambassador to South Africa since December 2014.

Although the recent ambassadorial nominations appear to have honored seniority, it is conspicuous why the top political leadership chose to exclude the senior-most joint secretary working at the ministry in Kathmandu, Bharat Raj Paudyal, for ambassadorial appointment. Paudyal is currently the spokesperson at the ministry.

Two weeks ago, the government had recommended ambassadors from among career diplomats to various five countries including Thailand, Switzerland, Canada, France and Kuwait.

KATHMANDU, April 16: Governance experts have called on the government to revise the Decoration Act-2007 to restore the sanctity of... Read More...