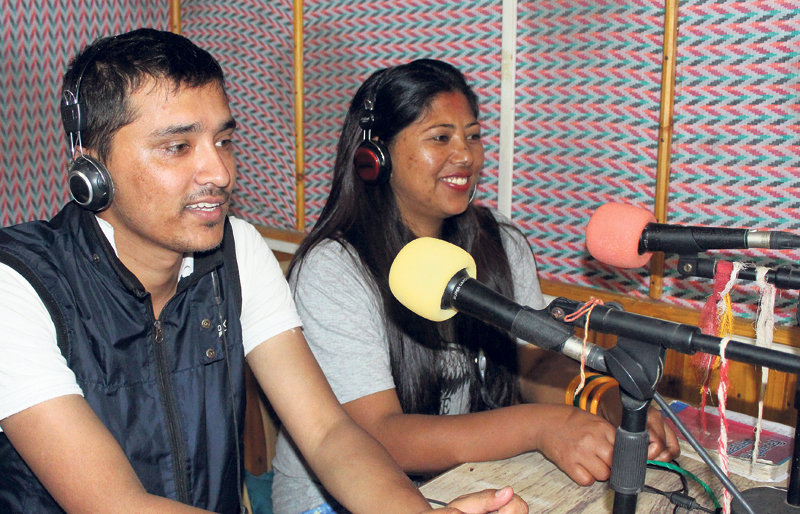 ILAM, Aug 17: Nepalis living near the border with India share many similarities with their southern neighbors. Along with similar culture, they speak commonly understood languages.

In one of the bordering areas, where Hindi is widely spoken, an FM Radio station has been spreading love for Nepali language.

Established about nine years ago in Ramfok village of Suryadaya municipality, the radio station is committed to spread the love for Nepali language.

It has been broadcasting news, educational and entertainment contents. The radio station is dedicated mostly to audiences in places such as Darjeeling, Kalimpong, Kharsang, Mirk, along with other places in India, which are dominated by Nepali speaking communities.

The station broadcasts over half a dozen programs on a daily basis. They also air songs in their programs. However, they only broadcast Nepali songs and have never played a Hindi or English song.

Programs broadcasted by the radio such as Mero Sandesh, Chimeki Indraini, Manjari, Gajal Lahar, and Jamka Bhet are solely dedicated to Nepali people living in India, especially in West Bengal.

The radio was established under the leadership of Ganesh Rasik, who has already spent many years in Nepali literature, language, culture, and music.

One of the audiences, Sunil Chhetri of Darjeeling, expressed gratitude for the radio station and said people in his area love to listen to it. “We live in India despite being born in Nepal. Our love for Nepali language will never lessen,” he added.