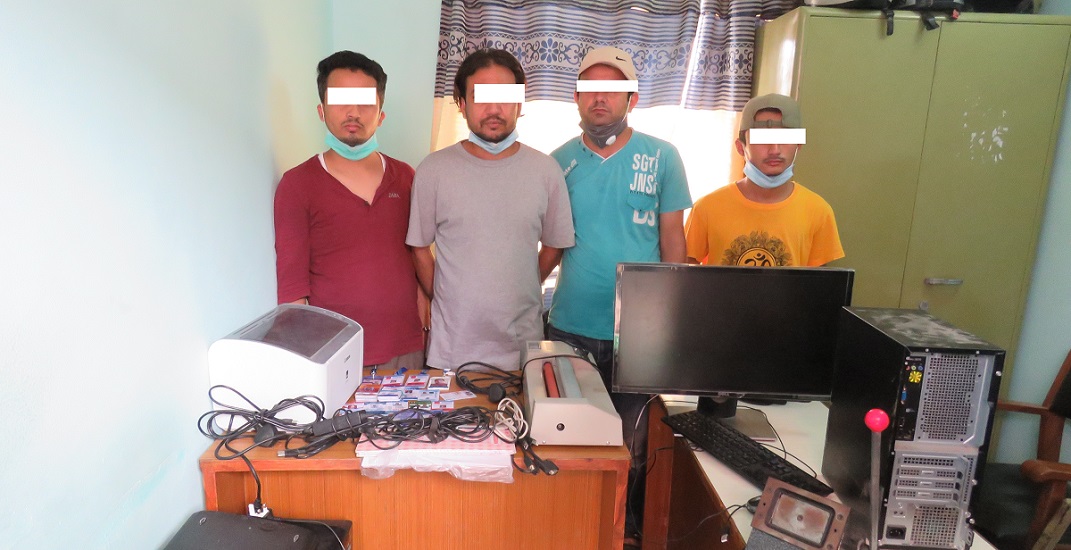 A team of police from the Metropolitan Police Crime Division arrested four persons from the Bagabazar-based Kalika Sports Pvt Ltd on the charge of producing counterfeit press ID cards of different media houses in Kathmandu.

After several complaints were lodged, police intensified search to find the racket behind producing fake press cards. The firm was found producing counterfeit identity cards of journalists and medical professionals.

“The firm was found selling counterfeit identity cards for at least Rs 500 per card. Following their arrest, police have started to investigate the allegations against the arrestees,” according to Superintendent of Police, Ishwar Karki, spokesperson for the Crime Division.

PHOTOS: With fresh round of prohibitory orders, security personnel tighten inspection in Valley

KATHMANDU, May 28: The district administration offices of the three districts in the Kathmandu Valley have imposed a fresh round... Read More...

KATHMANDU, Sept 3: Separate days have been set for question-response session among lawmakers, Prime Minister and ministers in the meeting... Read More...

Souls of my city: Reciting the existence of an old cart puller

Dhanbahadur Tamang’s poem elocution flaunts a confident rhythm. He recited a poem for me, about the emptiness that followed death,... Read More...