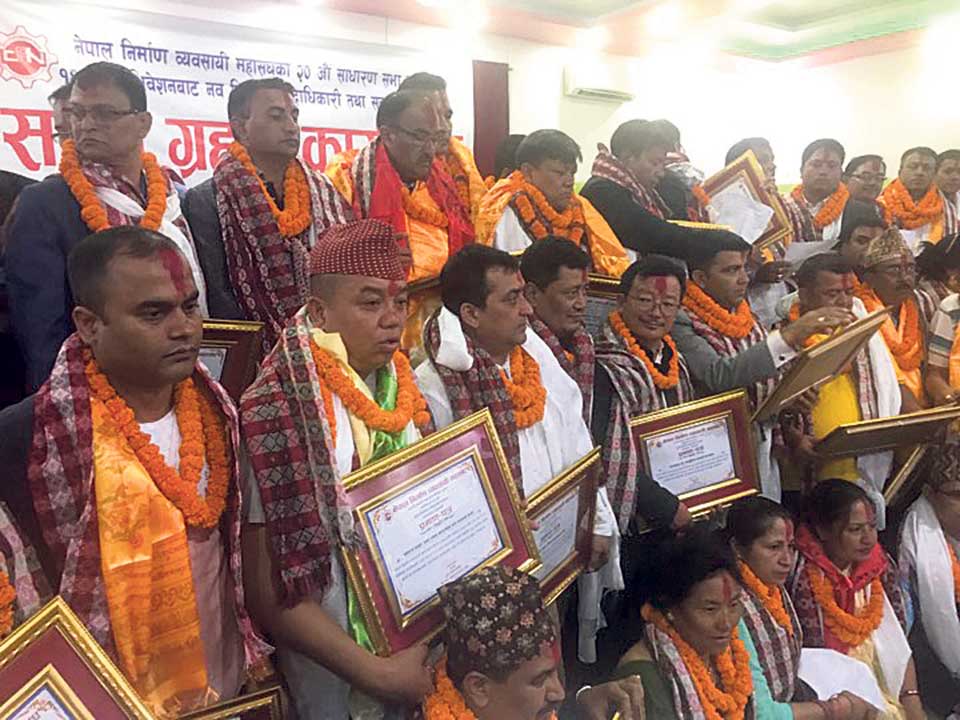 KATHMANDU, Sept 24: Federation of Contractors' Associations of Nepal has elected a new leadership with Rabi Singh as president.

Singh received 466 of the votes cast, edging his opponent Yakshya Dhwaj Karki who could muster only 353 votes. Similarly, Nicholas Pandey has been elected as senior vice president. Pandey, who got 465 votes, defeated his opponent Laxman Kumar Rana had received 428 votes.

In the election held on Saturday, Roshan Dahal (349 votes) defeated Humanath Koirala (316 votes) and got elected as the general secretary of the association.

The election results were announced on Sunday morning.

According to a statement issued by FCAN, Hiran Kumar Shrestha has been elected as the Treasurer. Similarly, Pramod Lamichhane, Surendra Raj KC, Ashok Kumar Regmi, Bhim Bahadur Pal and Surya Bahadur Khadka are the newly elected executive members (open category) of the FCAN.

The 20th annual general meeting of FCAN had started on Thursday.