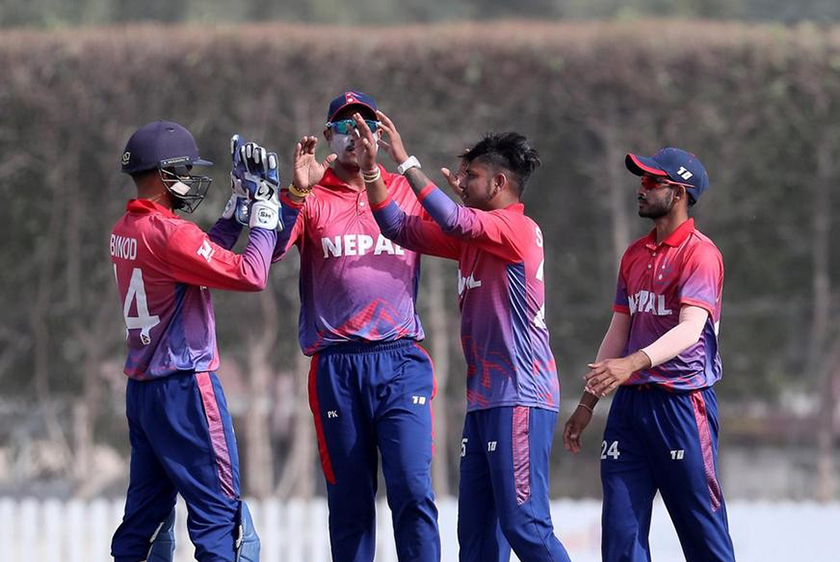 KATHMANDU, July 23: Nepal suffered a four-wicket defeat at the hands of Qatar in the first match of ICC Men’s World Cup Asia Finals held in Singapore on Tuesday.

During the match, chasing the 123-run target, Qatar reached it 19.2 overs and lost six wickets. Inam-ul-Haq of Qatar top scored with 41 runs including six fours off 32 balls.

Initially, electing to bat first after winning the toss, Nepal set the target of 122 runs in the allotted 20 overs. ICC Men’s T-20 World Cup Asia Finals cricket tournament had started on July 22 where teams from Nepal, Singapore, Malaysia, Qatar, and Kuwait are participating.

They are vying to ensure a berth in the 2019 ICC T20 World Cup Qualifiers.