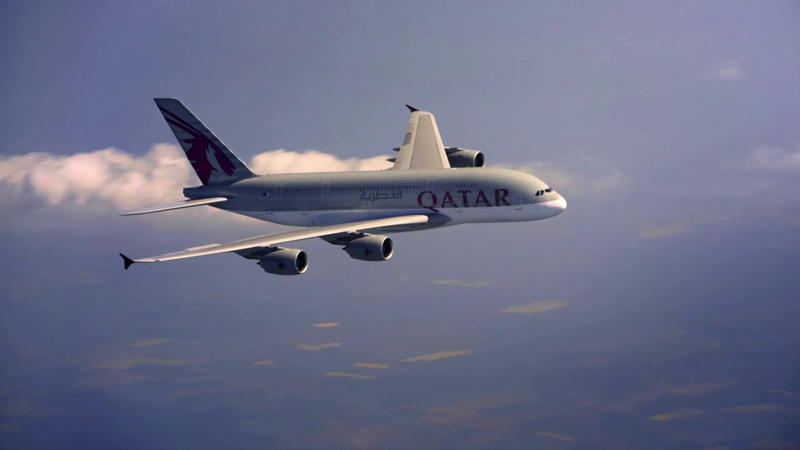 DOHA, July 11: Qatar Airways has received tremendous support globally for its recently-launched television and social media commercial titled ‘No Borders, Only Horizons’, which has been viewed by more than 54 million viewers worldwide, making it the top viral video during the last week of June.

In a press statement released, the airlines has stated that the success of the commercial comes from its expression of the airline’s firm belief in the idea that travel goes beyond borders and prejudice, and that it is a necessity and right for all to explore this world

The statement further reads,” The blockade on the State of Qatar initiated on 5 June stripped Qatar Airways of the rights granted to it as an international airline. Nonetheless, our focus is on ensuring that we continue to serve our passengers by delivering the award-winning service which we are renowned for.”

. The campaign highlights the common ground Qatar Airways shares with thousands of its supporters from all parts of the world, which affirms the belief that the sky has no limits. The ‘No Borders, Only Horizons’ campaign promotes the airline’s core philosophy: that the world is a better place when we explore it together.

Qatar Airways has received a number of accolades this year, including Airline of the Year by the prestigious 2017 Skytrax World Airline Awards, which was held at the Paris Air Show. This is the fourth time that Qatar Airways has been given this global recognition as the world’s best airline. In addition to being voted Best Airline by travellers from around the world, Qatar’s national carrier also won a raft of other major awards at the ceremony, including Best Airline in the Middle East, World’s Best Business Class and World’s Best First Class Airline Lounge.

The award-winning airline also recently revealed the first Boeing 777 equipped with the airline’s new and unique seat design, Qsuite, during the Paris Air Show 2017. Since its official debut in Paris, Qsuite has been featured on the Doha-London Heathrow route, to be followed by service to Paris and New York, with the airline’s fleet retrofitted at the rate of one plane per month.

KATHMANDU, Nov 29: Qatar Airways has launched 'travel together, save together' campaign, giving 30 percent off in the fare rates. ... Read More...

KATHMANDU, July 26 : Qatar Airways has announced an increase in services to Jeddah and Medina, connecting travelers from Saudi... Read More...