Putting up an unforgettable show 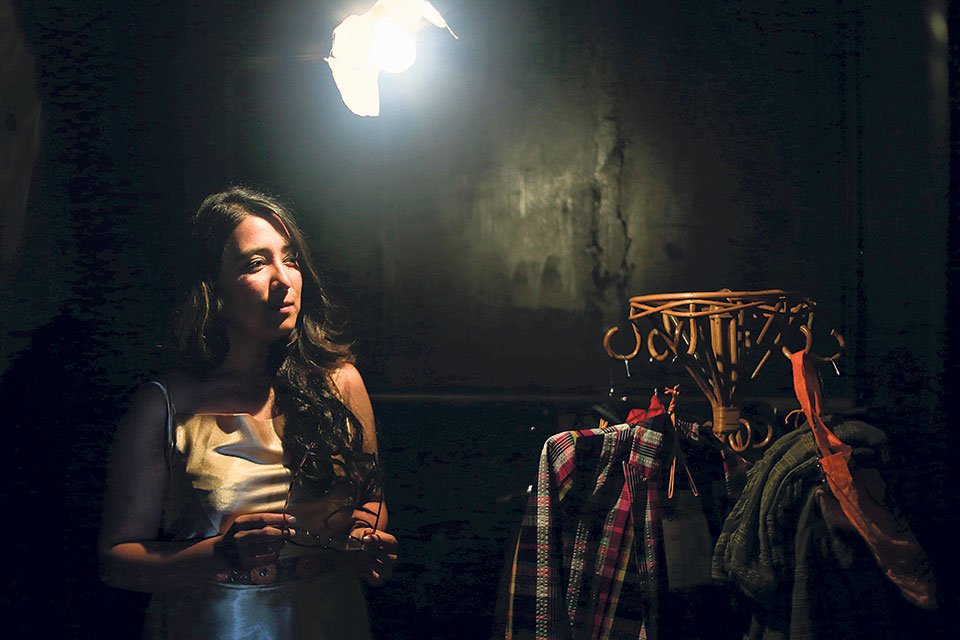 The hall is littered with props, chairs, and bulging bags of clothes and fabric. The stage is being set up with magnificently painted ply-boards. A bohemian red and floral sofa sits right in the middle of the stage, and a few whiskey glasses on a tea table shine in the midday sunlight. This is what you would see had you walked up to the fourth floor to the Kausi Theater where preparations for the play “Same Time Next Year” were in full swing a week before the premier on November 23. The crew was busy bringing the set of the play to life.

“Same Time Next Year” was first performed on Broadway in March 14, 1975. The play written by Canadian playwright Bernard Slade is a romantic-comedy that tells a story of a married man and a woman who meet each other once a year for an intoxicating love affair.

Now, the play has been brought to Nepal by Katha Ghera and its wonderful team of actors, director, producers, and crew members.

The story takes place in a time period of 24 years in which the audience can see changes in not just the two individuals but their surroundings, ideals and beliefs as well. The play is split into two acts and has a total of six scenes. Here we bring to you an exclusive sneak peek of the making of the play to give you a glimpse of all the work that has gone into bringing it to life.

The actors speak about their characters
Akanchha Karki, who plays Doris, says what she loves the most about the character is the growth she goes through. Karki, who is the co-founder of Katha Ghera as well as an actor and director, related to Doris the most when Doris becomes independent, goal-oriented and driven by passion to make something of herself, especially in her later years.

“My character grows from a naïve housewife of 24 to a strong independent woman. She represents the first group of women who broke barriers in case of gender roles and that is really inspiring,” says Karki. Her character goes through several changes throughout the years from a housewife to a college student to a fierce businesswoman. She is not afraid to contradicts other’s opinions, even when it’s the man she truly admirers and waits to meet every year. “Beneath the infidelity, one can sense a deep friendship between them, and that’s what brings the play to life,” she explains. 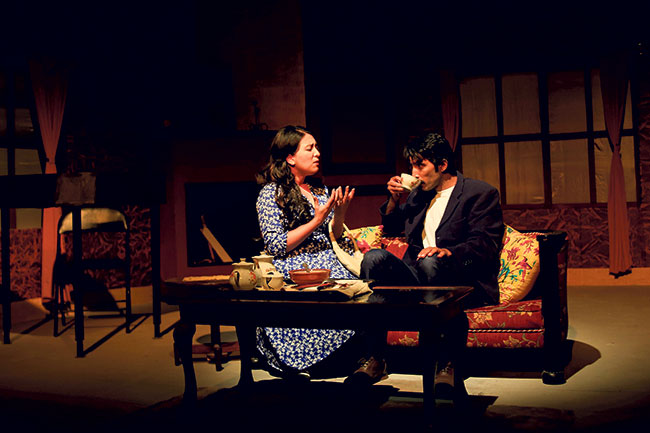 Karki had previously attended the International Visitors Leadership Program (IVCP) where she was able to meet several other artists and watch and learn from other theatrical plays. She had also visited Broadway that gave her valuable insights into the making of a true theater artist as well as inspired her to do all that she can to put up really good plays.

George Peterson, the other half of the story, is portrayed by Divya Dev who says his character is interesting because of the conflicts he faces within and around himself. The man he plays is an accountant, a man living the “American Dream”, enjoying his more than comfortable life. But beneath this façade is a man unsure about life. He is guilt-ridden after his affair yet he continues to see Doris every year and how that transforms him emotionally makes for good storytelling.

“George is in his late twenties when the play begins and in the 24 years that follow his character goes through a lot as an individual as well as a member of the American Society in the 1900s,” says Dev. He says how this love story between the two serves as a window to the socio-political movement of the then America – from the Vietnam war, the Hipster movement and the rise of Feminism to name a few. “The characters change their ideals and views as the world around them changes and this is executed masterfully in the script,” he explains. 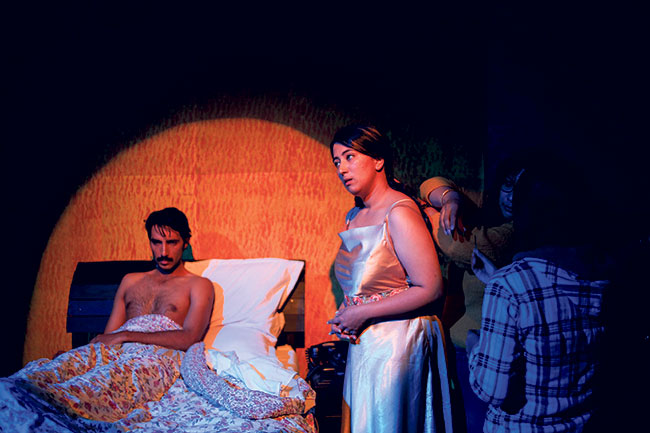 Both the actors agree that they play is relevant in the current time where modern ideals, feminism and liberal views are making their way into our homes. “If we were to do this play in Nepali, the audience would still find it very engaging because it reflects what is happening in Nepal right now, in terms of freedom of expression, breaking taboos etc.,” says Karki.

Bringing the play to life
Che Shankar has studied direction since 2012 and has directed as well as written a fair share of plays to have enough insight to bring the script of this play to life. He first started by writing and directing a play titled “Illusion” and went on to add other plays like “Enigma”, “Koi Kina Barbard Hos” (starring Sushil Pokharel whom he cites as an inspiration), a Nepali version of Lu Xun’s “A Madman’s Diary” to his list of works.

Shankar says the thing he loves the most about the play is the friendship between the two characters. “Their connection was more than just physical. They connected on a deeper level and it carried on for 24 year. Now, that is precious,” says Shankar. He says his directing technique is pretty simple. “First, you must like the play. Second, you must do your research, read notes and brush through history,” he explains. According to the director, after all that groundwork, the rest of the process is pretty smooth sailing.

“When I direct, I let the scenes and the actors go with the flow. It’s a mutual process of improvement and refinement. Nothing happens forcibly,” he says adding that theater is how he lets his imagination roam free and he gets to live more than one life as characters in the play.

Setting up stage
Loonibha Tuladhar, who has designed all the props as well as takes care of the clothes, hair and makeup for the play, thinks that the fashion in the 1950s and 60s are coming back, especially in winter. “They had the most eccentric sense of fashion back then, with nets, fishbones, volumized middies, and sharp pointed heels,” says Tuladhar. As the play has a very meticulously planned list of props and clothes, Tuladhar says she and her team have gone as far as possible to stay true to it.

“But our market is small and we couldn’t find a few things. So we have either made what we needed ourselves or changed it to give it a unique twist,” she explains. She says she was fascinated by how the clothes and style of the characters said so much about what they were going through. For example, Doris wears floral dresses when she’s young (and naïve) but as she grows up and her views change the way she dresses also starts to change. She even starts wear black pants in her later years.

Complementing the attention to details is the lighting that is masterfully controlled to show different times of the day in each of the scenes that help make the play more realistic. Nothing has been spared to refine the play and make it an unforgettable experience.

“Same Time Next Year” will run till December 15 at 5:00 pm at Kausi Theatre in Teku, Kathmandu, every day of the week except on Tuesday.