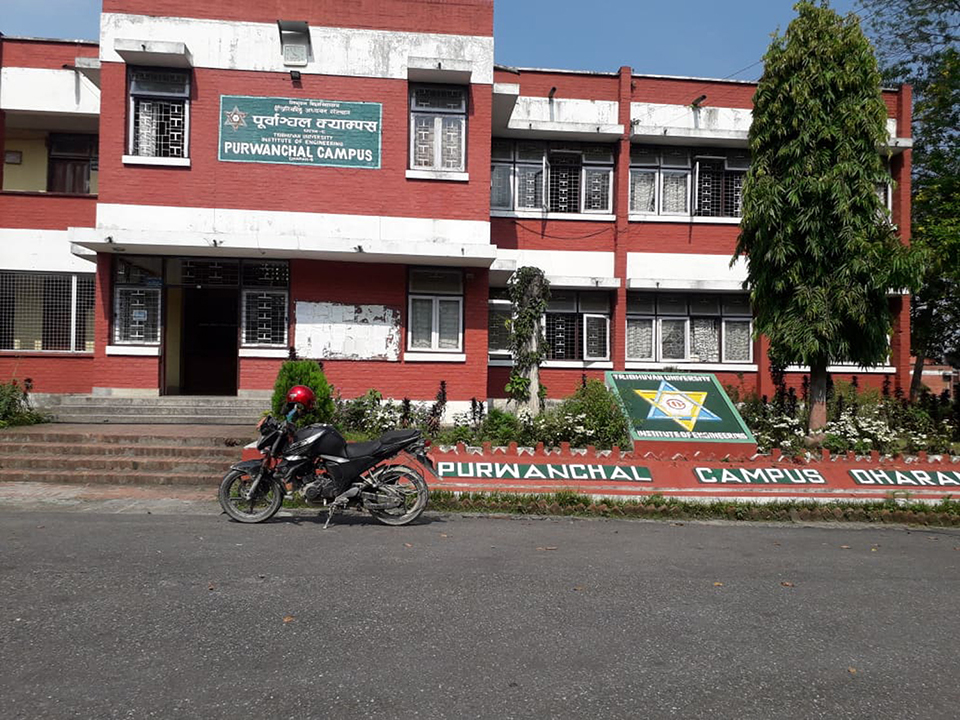 DHARAN, June 10: After failing to bring the dengue epidemic under control, Dharan-8 based Purwanchal Campus, a constituient engineering campus of the Institute of Engineering, has halted its studies for a few days.

Many students had stopped coming to the college after contracting dengue. So, considering the requests of the students and with the consent of the department heads, the campus administration decided to postpone the classes from Monday.

Om Prasad Dhakal, chief of the campus, informed Republica that they were forced to shut the campus until Friday as students stopped coming to school due to dengue fever.

"After being requested by the students and the department heads, we decided to shut the campus for a few days starting from Monday," said campus chief Dhakal. According to him, only 4 to 5 students are attending classes these days. It has been around two weeks since the students of this engineering college started suffering from dengue fever.

The increasing number of patients has also affected the psychology of the students. Not just the students but even the teachers and staffers of the college have been infected with dengue.

"With more number of our friends contracting dengue, students are gripped by fear," said one of the students, Ramesh Jammarkattel, adding, "We informed the college administration on time but no effort was taken for prevention."

As informed by the students and college administration, more than 70 students have been infected by dengue so far. According to Rohit Dangal, associate professor at the campus, the campus administration has formed a Rapid Response Team for preventing dengue. This team has already initiated a campaign of destroying the larvae of mosquitoes that spreads dengue in coordination with the metropolis, doctors and health authorities, informed Professor Dangal.

There are around 15,000 students in the college. Puwanchal Campus falls in the border of ward no 15 and 8 which have already been declared crisis-hit areas. Record maintained by BP Koirala Institute of Health Sciences shows that 314 people have contracted dengue as of Sunday evening.

POKHARA, Sep1: As many as 439 people have been affected by Dengue in Pokhara and more are in the counting, according... Read More...