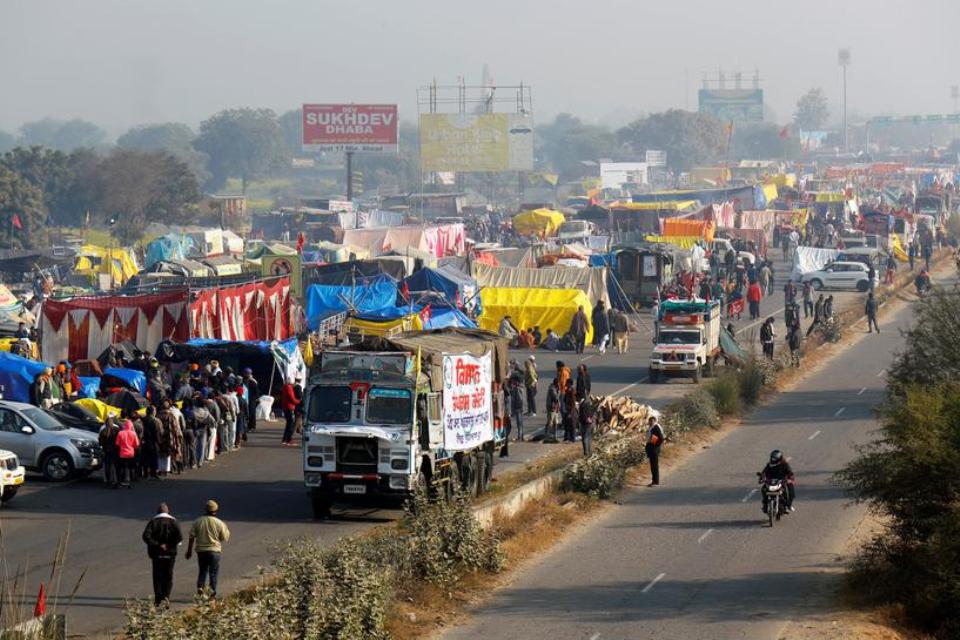 NEW DELHI/MUMBAI, Dec 29: India’s major grain-growing state of Punjab on Monday asked police to crack down on farmers and sympathisers vandalising telecommunication masts as they intensify their weeks-long protests against farm deregulation.

Protesters have attacked hundreds of masts of companies such as oil-to-groceries conglomerate Reliance Industries Ltd that they believe have profited from the farm reforms at their expense.

Tens of thousands of farmers are camping out on highways near New Delhi demanding a repeal of the new laws they fear will lead to corporate dominance of the farm sector and erode their incomes.

The office of Punjab’s chief minister said in a statement that more than 1,500 communication masts had been damaged or their power supply cut off in the past few days.

The “use of violence could alienate the protesters from the masses, which would be detrimental to the interests of the farming community”, minister Amarinder Singh said in the statement.

A source close to Reliance’s telecom unit, Jio, said that more than 1,400 of its 9,000-plus masts there had been hit, with power supply and fibre cut by unidentified people.

Some bundles of Jio’s fibre were burnt at one location, the source said, seeking anonymity. Jio did not respond to a request for a comment.

Representatives of two of the more than two dozen farmer unions protesting against the laws rejected the allegations when contacted by Reuters. They asked to remain unidentified pending a formal statement from all of the unions.

The government and farmers are scheduled to hold another round of talks this week.