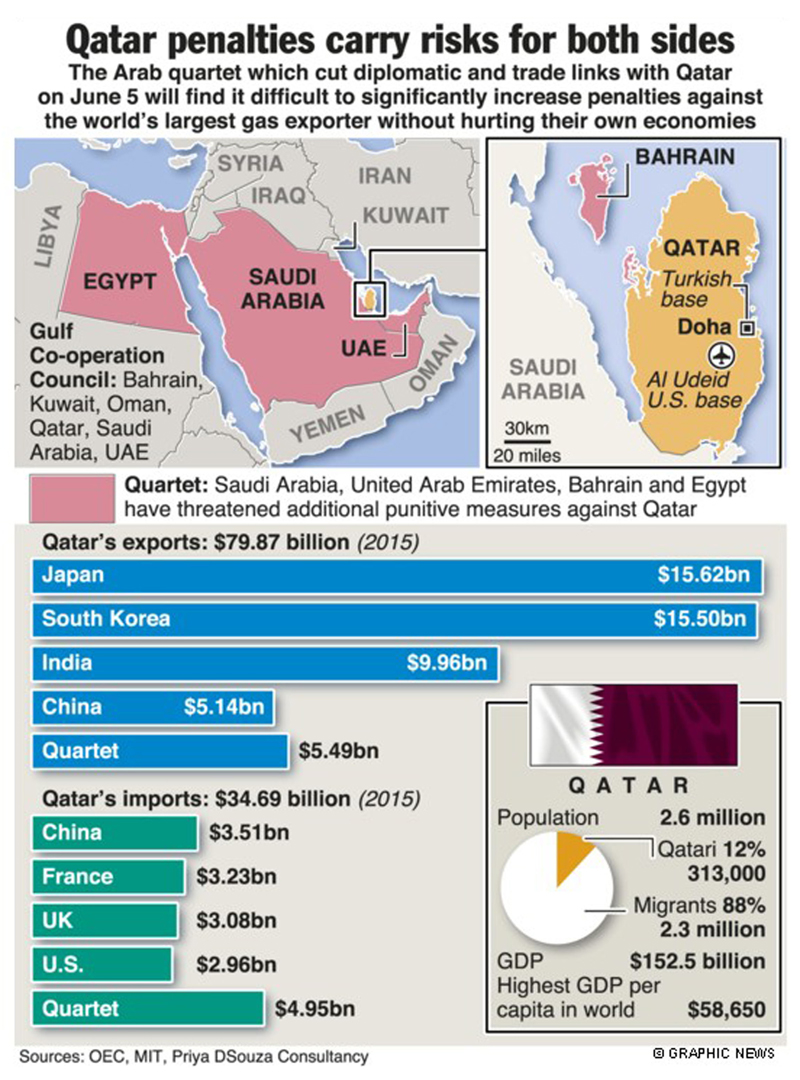 July 14, 2017 -- The Arab quartet which cut diplomatic and trade links with Qatar on June 5 will find it difficult to significantly increase penalties against the world’s largest gas exporter without hurting their own economies.

As the dispute drags into its second month, the options that the Saudi-led quartet can pursue are limited. Expelling Qatar from the Gulf Cooperation Council, which gives visa-free access between the six GCC nations, would likely be vetoed by Kuwait.

Pressuring trading partners to abandon business deals with Qatar could backfire –– companies are turning to Turkish, Indian and Chinese suppliers who ship to Qatar via ports in Oman and Kuwait.

The quartet could order their banks to pull all their funds out of Qatari financial institutions. But this would deprive Gulf banks of earning the high-interest rates Qatar offers. Qatar’s three-month interbank rate climbed to 2.47 percent on July 12, the highest level since 2010. That compares with 1.55 percent in the UAE and 1.8 percent in Saudi Arabia, according to Bloomberg.

The Observatory of Economic Complexity rates Qatar is the 38th largest export economy in the world. In 2015, Qatar exported $79.9 billion and imported $34.7bn, resulting in a positive trade balance of $45.2bn.

DUBAI, United Arab Emirates, June 6: Kuwait is trying to mediate a Gulf crisis between Qatar and its Arab neighbors, which... Read More...

WASHINGTON, July 19: The United States said on Thursday that a U.S. Navy ship had “destroyed” an Iranian drone in... Read More...