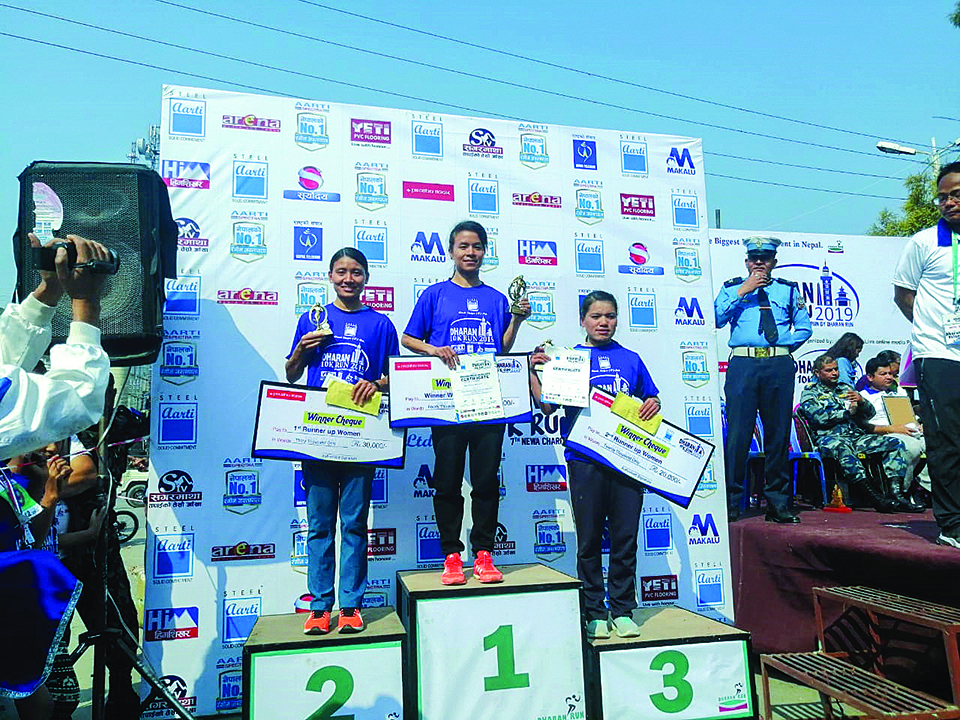 Winner Kanchi Maya Koju of Bhaktapur, runner up Santoshi Shrestha of Dhading and third-placed Pushpa Bhandari of Armed Police Force Club stand on the podium as they celebrate with their trophies during the Aarati Strips Seventh Dharan 10K Marathon in Dharan on Saturday.

Indian Gorkha Army’s Pun completed his run in 31 minutes and 16 seconds, whereas Armed Police Force’s Koju took 37 minutes and 47 seconds to complete the 10-kilometer run.
This was Pun’s fourth and Koju’s second win of the annual tournament. Both received cash prizes of Rs 40,000.