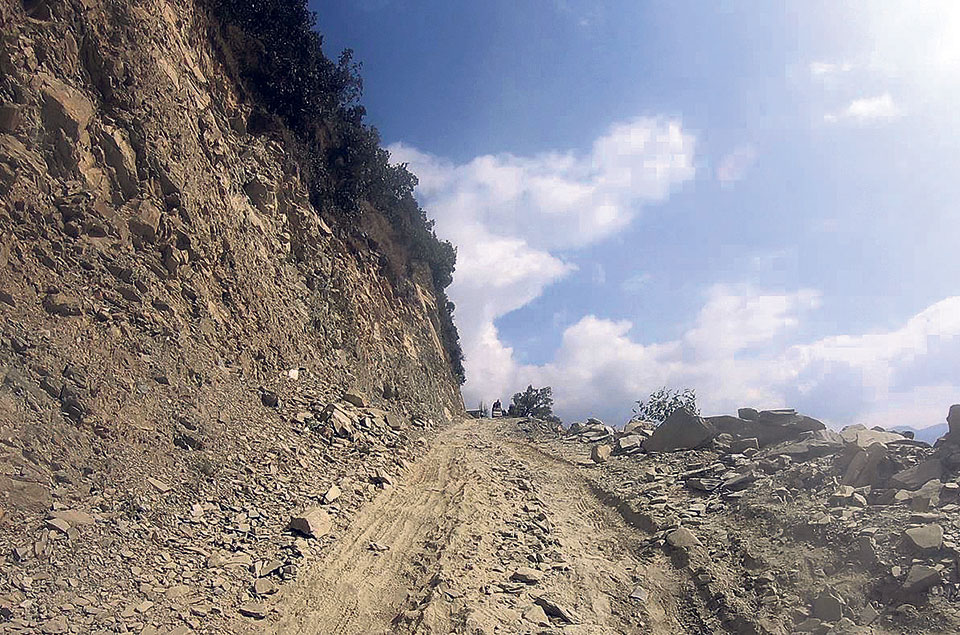 GALESHWOR, July 20: With the lockdown eased in the wake of a declining number of cases of coronavirus in Gulmi district, the local administration decided to resume public transportation. However, the roadways blocked and damaged by the landslides and floods are yet to open.

The roadways within the district including Beni-Jomsom have not resumed, thereby causing sheer inconvenience to the people. The transport entrepreneurs said although the administration allowed the operation of vehicles for five days, the rural roads need immediate repair and reconstruction. There is no condition to operate vehicles at their current state, according to them.

Chairman of Myagdi Transport Entrepreneurs' Committee Suman Shrestha said the floods and landslides occurred in the district damaged the local roads which have caused difficulty to operate vehicles smoothly. "The landslide debris cleared during the day is again piled up in the night when there is rainfall. The operation of public buses is impossible if regular maintenance of roads is not ensured..

The obstruction of Beni-Jomsom and Beni-Darbang roads has cut off supply to the Mustang, the district beyond Himalaya. The Beni-Jomsom road is damaged in at least nine places.

Altogether 17 rural roads are obstructed here. Only jeeps are operated now. There is no condition to operate public buses, Shrestha added.

Renting room a big challenge for Dalits in Gulmi

GULMI, June 12: The law has criminalized caste-based discrimination and the practice of untouchability. ... Read More...