KATHMANDU, June 17: When Krishna Bahadur Karki was scudding from his home toward Sundhara to re-open his roadside shop on Sunday, he was pleased to see a tap stand right next to his shop. The public tap stands were installed by local units across the valley before and during the lockdown.

“I was anxious to re-open my shop after two-and-half months. But on seeing a tap stand placed right next to my shop, I felt a sense of satisfaction,” said 59-year old Khadka peeping from inside his shop that lies under a pedestrian bridge.

But Khadka’s feeling of satisfaction was crushed the next day itself when the tap from the stand was stolen and some of the crucial parts were broken.  “Although a single tap doesn’t help in fully blanketing the spread of virus, we recognize the significance of hand hygiene.  I as well as the other shop operators by some means felt secure because of the tap but the next day it was stolen,” he recounts. But even after four days, no one has stepped up to fix the poor situation of the tap.

According to Kathmandu Metropolitan City (KMC) officials, the responsibility of installing public water taps was given to the ward offices. “We do not have exact records for the budget spent on water taps as it was installed by the ward offices. The number of taps installed and budget spent on it differs according to each ward,” said Buddha Ratna Manandhar, chief at KMC’s finance department.

Water Aid Nepal in collaboration with a non-governmental organization, GUTHI, had also installed 50 contactless hand washing stations in the Kathmandu valley and some rural areas across the country. These taps are different from the taps installed by other local units as they are ‘contactless taps’ operated by legs and are facilitated with supply of water and soap.

“With rupees 35,000 spent for each contactless tap, about 1.75 million rupees was spent for the installation of these contactless taps across the Valley,” said Prakash Amatya, technical advisor to GUTHI.

“These contactless taps are operated with Water and Sanitation Hygiene (WASH) experts are mostly placed in areas like hospitals and places that observe more crowds”, he said.

However, the taps installed by the local units do not have a ‘contactless hand wash’ system and are installed at more places. “We can estimate that each ward might have set up 15-20 different water taps”, said Manandhar.

But right now, only a few of these taps are in proper condition. As a consequence of neglect and managerial lapse, just a few months after they were installed, most of these taps are already in a contemptible state – some have pools of mud, the others are seen holding puddles in their basin and most of them have broken or stolen parts.

The tap stand besides Karki’s shop has garbage and plastic bottles thrown in its basin. It just sits in there occupying some space, staring at Karki and some other pedestrians walking by – without serving its purpose.

Soon after the World Health Organization (WHO) declared COVID-19 a public health emergency of international concern on 30 January, Nepal was suspected to be at the risk of an outbreak. Poor access to water, sanitation facilities and meager hygiene practices have contributed to alarm the nation for a threat that can possibly trigger the spread of the virus in Nepal.

WHO and United Nations Children’s Fund Joint Monitoring Programme for Water Supply, Sanitation and Hygiene (JMP) 2017 states that only 48 percent of Nepal’s population has basic hand washing facilities at home and about 3.5 million people in Nepal still do not have access to basic water. It also mentions that only 28 percent of the country's water supply systems are fully functional.

“In this context, tap stands or stations set up at different places are helpful in preventing virus spread, if they are managed properly,” said Pragya Lamsal, an advocate of SDGs focusing on WASH.

“Contactless hand washing facilities are more effective at the time of a pandemic to prevent infection as they are designed in a way that users do not have to touch the tap after use,” said Lamsal.

According to Lamsal, many factors are responsible for safety measures of such stations such as quality of water, frequency of surface disinfection and careful handling by users etc.

Furthermore, the poor supervision of sanitary and hygienic practices even in the capital city has led to induce fear in people like Karki who have to work at exposed sites.  Karki fears that his job is in a vulnerable spot as he operates a cloth store next to a busy road where a myriad number of people pass by in a single day. “I have to deal with unknown customers coming from various places, this keeps me at risk every single day,” he said.

Nevertheless, Karki believes that not only the local units but also the public is to be blamed for this situation. “I personally think it sounds irrational to blame the local authorities in this case as the tap was first stolen by the people passing by,” he said adding, “We saw people throwing garbage in the basin. How is it reasonable to blame the authorities? We should be responsible ourselves.”

Making a similar stance and taking the authorities’ side Amatya also said that it is the people who have to be responsible first. “Higher authorities cannot force anything until people themselves are aware about these issues,” he said adding, “However, it takes time to fix it once the taps are stolen or broken down. People should be careful before pointing fingers at the authorities.”

Moreover, Amatya mentioned that contactless taps installed by their organization at 50 different spots have been operating smoothly as they’re looked after by WASH volunteers and checked on a regular basis. “Each tap has been assigned with one volunteer who is responsible to look after it. We've made sure to look after the taps regularly,” he said. “So far the contactless taps haven’t faced such problems and we’ll make sure that they don’t even in the future.” 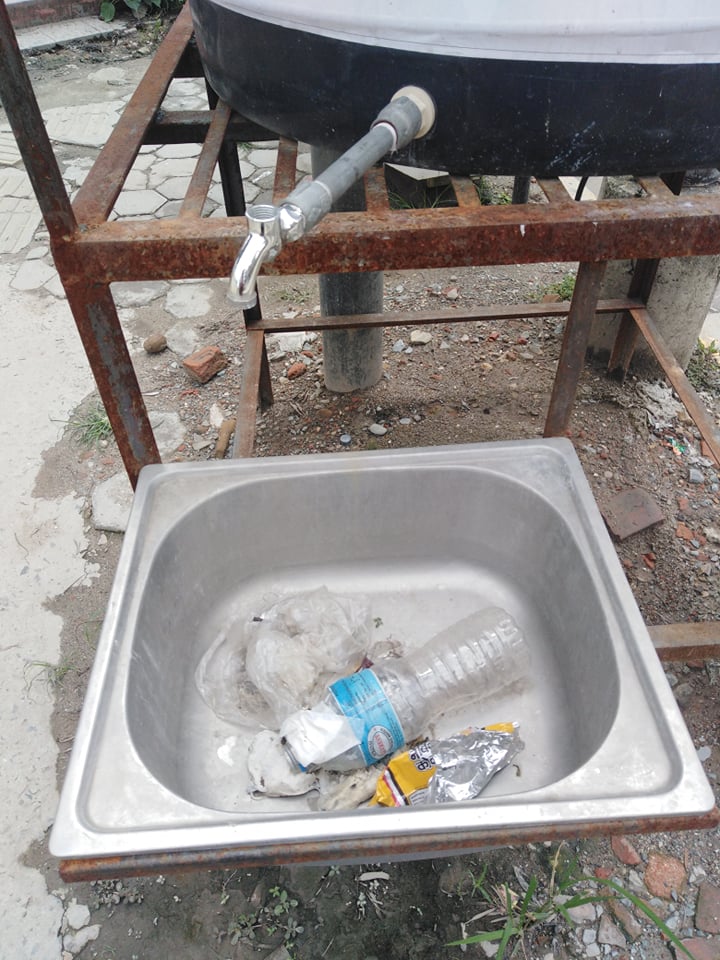 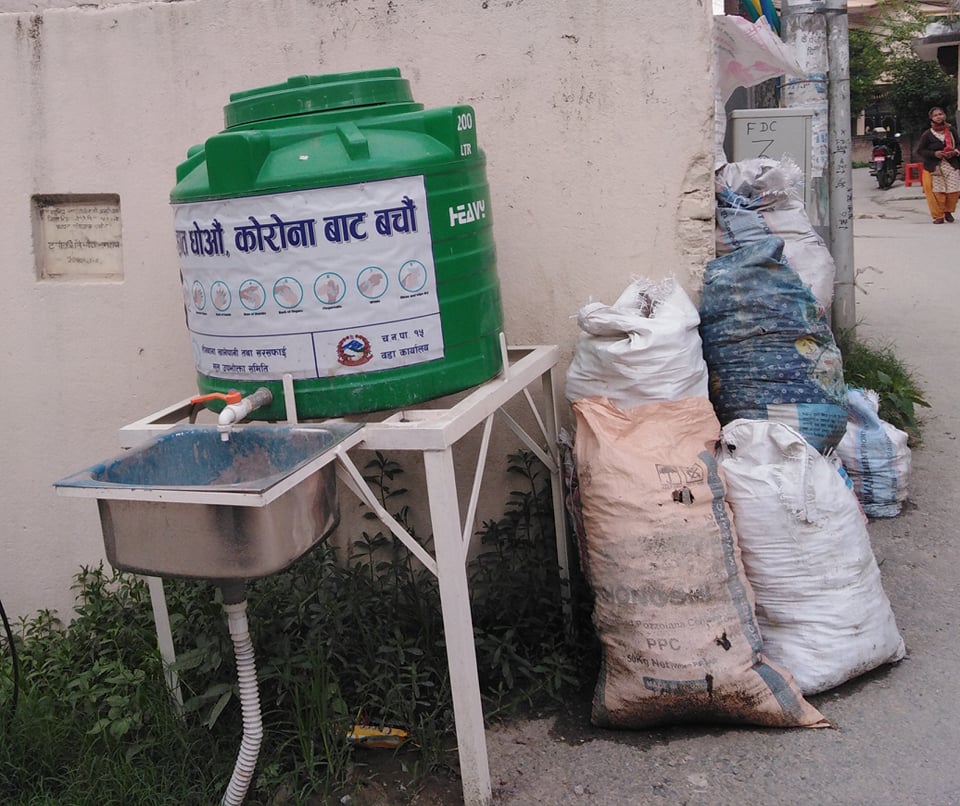 Neighbor stabs a man to death

BENI, September 24: Mobility of tourists and climbers at the Base Camp of Mt Dhaulagiri is gradually increasing after the... Read More...

Neighbor stabs a man to death
5 minutes ago