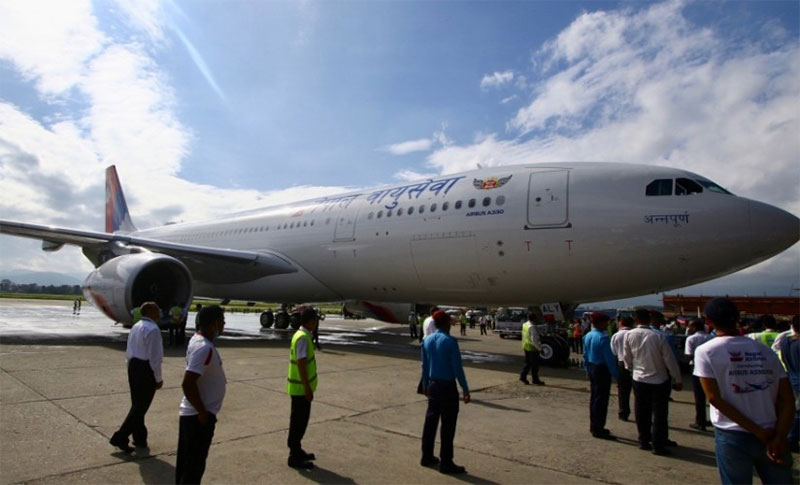 KATHMANDU, Sept 27: Public Account Committee of the Parliament has said that it will probe into the alleged misappropriation in the procurement of the wide body aircraft.

Lawmakers in the Public Account Committee meeting held in Singha Durbar on Thursday suggested initiating talks with the concerned officials on the embezzlement issue incurred while procuring airbus.

The Committee's decision has come in response to the demands by lawmakers in this regard in the committee's meeting today.

They also demanded that the concerned authority should recover the dues as pointed out in the report of the Office of Auditor General related to the unpaid arrears.

Parliament’s Account Committee Chairman Bharat Kumar Shah said it would hold talks with the representatives with the Office of the Auditor General on the arrears and misappropriation of the wide-body aircraft procurement.

KATHMANDU, June 26: A five-member parliamentary Sub-committee has been formed in order to probe why the report of the committee... Read More...