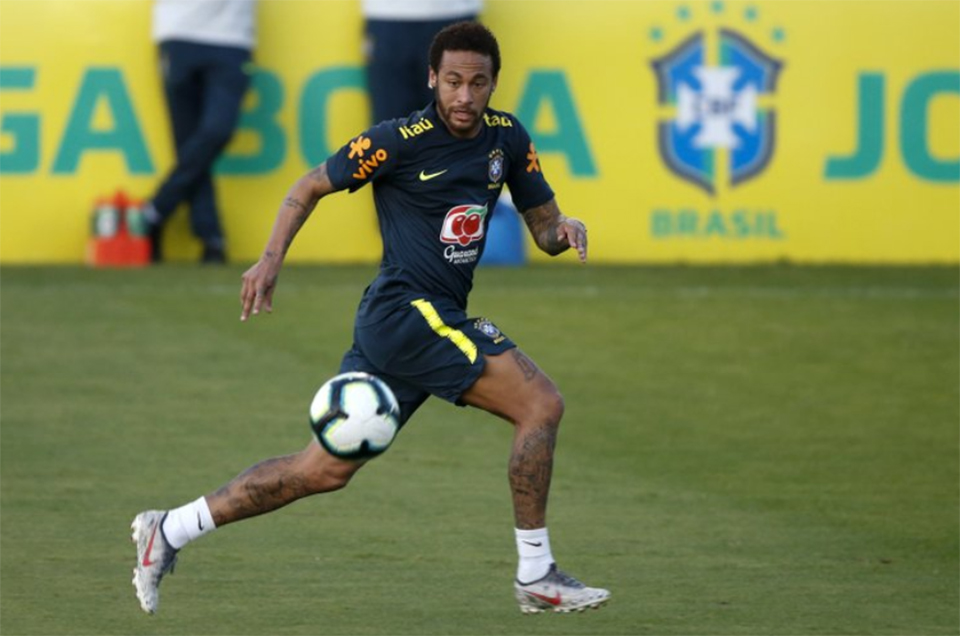 PARIS, Aug 7: With or without Neymar, Paris St Germain look set to continue their Ligue 1 dominance for another season with other clubs simply unable to match their huge spending power.

The Qatari-owned club has won the league for six of the last seven seasons, with only AS Monaco interrupting the run in 2016-17, and finished 13 points clear of the field last season and 16 points ahead the season before that.

Their dominance is so complete that last season was largely regarded as a failure after they missed out on the two domestic cup competitions and were knocked out of the Champions League in the round of 16, placing coach Thomas Tuchel under pressure to do better this time.

Although they officially kick off their season at home to Nimes on Sunday, PSG’s season does not start in earnest until February when the Champions League knockout stages get underway. Everything that comes before is regarded as a formality.

So far, it has been a quiet transfer window by their standards although they have still spent around 80 million euros on Abdou Diallo from Borussia Dortmund, Idrissa Gana Gueye from Everton and Pablo Sarabia from Sevilla, while Ander Herrera has joined from Manchester United on a free transfer.

The big question concerns unsettled forward Neymar who the club would be sanctioned for missing the start of pre-season training last month amid talk of a return to Barcelona.

The Brazilian will have to serve a three-match Champions League ban this season after insulting match officials during their elimination against Manchester United.

He was also banned for three domestic matches at the end of last season following an altercation with a spectator following their French Cup final loss to Stade Rennes.

PSG’s new sporting director Leonardo Araujo, back for a second stint in the role, has said that Neymar can leave if a buyer is found. “But to date, we do not know if anyone wants to buy him or at what price,” he told Le Parisien.

Previously a sporting director at AC Milan, Leonardo will be tasked with implementing a tougher disciplinary approach demanded by club chairman Nasser Al-Khelaifi.

“Players will have to be more responsible than before,” Al-Khelaifi told France Football in June. “It must be completely different. They will have to do more and work harder. They are not there for their own amusement.”

“I do not want star behavior anymore,” he said, adding that Leonardo would enjoy his “total confidence.”

Olympique Lyonnais and Olympique de Marseille, who along with AS Monaco are seen as the only teams capable of capitalizing on any PSG slipups, are among seven teams starting the league under new coaches.

Olympique Lyonnais, in a bold move, has given former Brazil international Sylvinho has first senior coaching role, the 45-year-old having previously worked as an assistant to Roberto Mancini at Inter Milan and then Tite with the Brazilian national side.

They visit Monaco — who must improve on a dismal last season — in the league’s opening match on Friday.

Meanwhile, former Porto, Chelsea and Tottenham Hotspur coach Andre Villas-Boas has taken over at Marseille, his first job after nearly two years on the sidelines. His side kicks off at home to Reims on Saturday.

Lille, a surprise second last season, is not seen as serious contenders after selling Nicolas Pepe, scorer of 22 goals last term, to Arsenal for 80 million euros, and forward Rafael Leao to AC Milan for 32 million.

Nantes have named Patrick Collot as interim coach after Vahid Halilhodzic stepped down on Friday after 10 months in charge. “I had big ambitions for this season, unfortunately, the club did not do what I wanted,” said Halilhodzic.

Woman accuses Neymar of rape, player says he was set up

May 2: A Brazilian police document says an unidentified woman has accused soccer star Neymar of raping her in Paris... Read More...