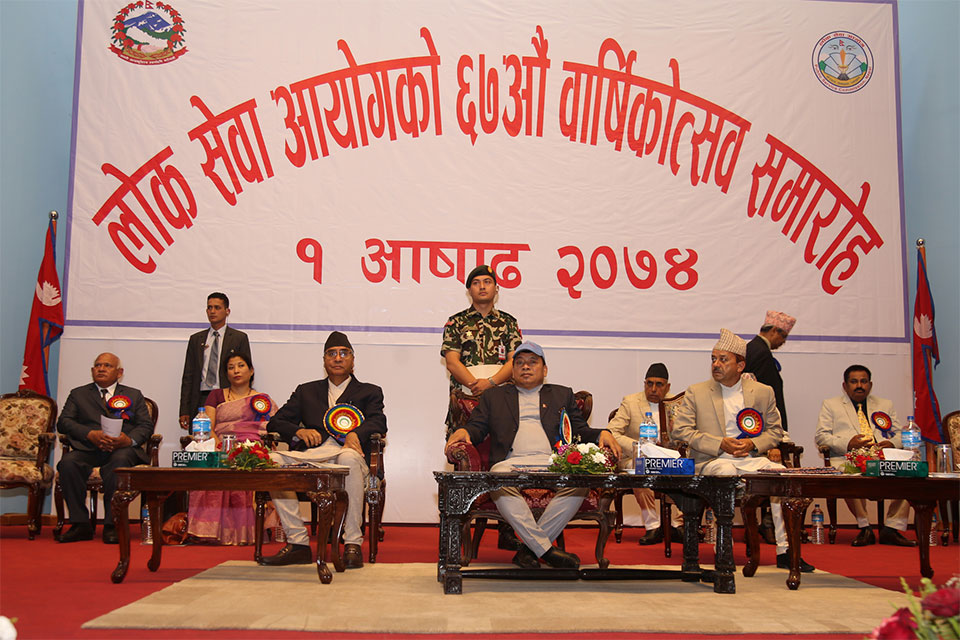 KATHMANDU, June 15: Now one can easily get information of every activities related to the Public Service Commission with the launching of its mobile app.

Vice-President Nanda Bahadur Pun has today launched mobile app on the occasion of the 67th anniversary of the PSC.

Information regarding every activities of PSC including advertisement for different posts and exam results can be got through the mobile app after downloading 'PSC Nepal' in mobile from Google.
According to the PSC, it is going to make an arrangement of online payment as soon as possible as well as to further improve the online application system.

On the occasion, Vice-President Pun stressed the need of making easy access of people of remote areas to the commission's service.

Similarly, Prime Minister Sher Bahadur Deuba said that PSC is an autonomous organisation in the context when there is influence of political parties in other organisations.

Likewise, PSC Chairman Umesh Mainali said that the PSC plans to improve its assessment technology and examination standard, and to make complete change in syllabus of the Gazetted first class non-technical stream.

On the occasion, the PSC presented this year's Outstanding Employees Award to its three employees. RSS

Retreating Russians leave their comrades’ bodies behind
51 minutes ago