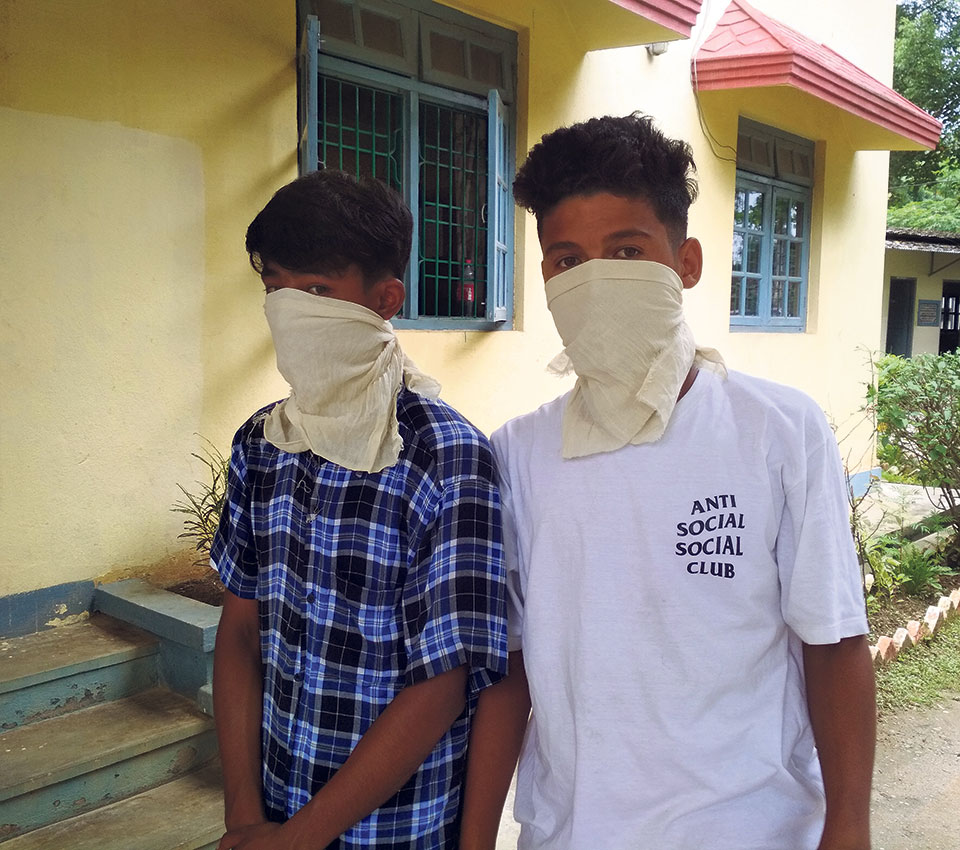 Milan Ghimire and Bikram Gurung who were arrested by police. Photo: Sarita Shrestha/Republica

DHADING, Aug 12: Dhading Police on Saturday held a person on the charge of appearing in the grade-upgrading exam of Secondary Education Examination (SEE) on behalf of another student.

Acting on a tip off, police arrested Bikram Gurung from the exam center at Nilkantha Secondary School in the district headquarters, while sitting for the examination of science. Gurung who has the symbol no. 0261403 Y was found appearing in the exam for Milan Ghimire whose symbol number is 0261403, according to Dambar Bahadur BK, chief of the District Police Office, Dhading.

Both of them are the students of Janakalyan Secondary School of Galchhi Rural Municipality. They had already appeared in the exam of Mathematics on Friday. Milan has stated that he urged his friend to appear in the exams for him, as he was unwell. DPO, Dhading has kept both of them under custody.As per the educational code of conduct, if a student is found sending a proxy student on his/her behalf to appear in their exams, they are immediately suspended.

Not just that, those students will also be prohibited from taking any other exam for two years.The District Administration Office and District Police Office have already been informed about the incident. Krishna Kumar Shrestha, an officer at the Educational Development and Coordination Unit, said that the answer sheets and other details of the incident will be sent to the office of the Controller of Examination soon.

BENI, September 24: Mobility of tourists and climbers at the Base Camp of Mt Dhaulagiri is gradually increasing after the... Read More...