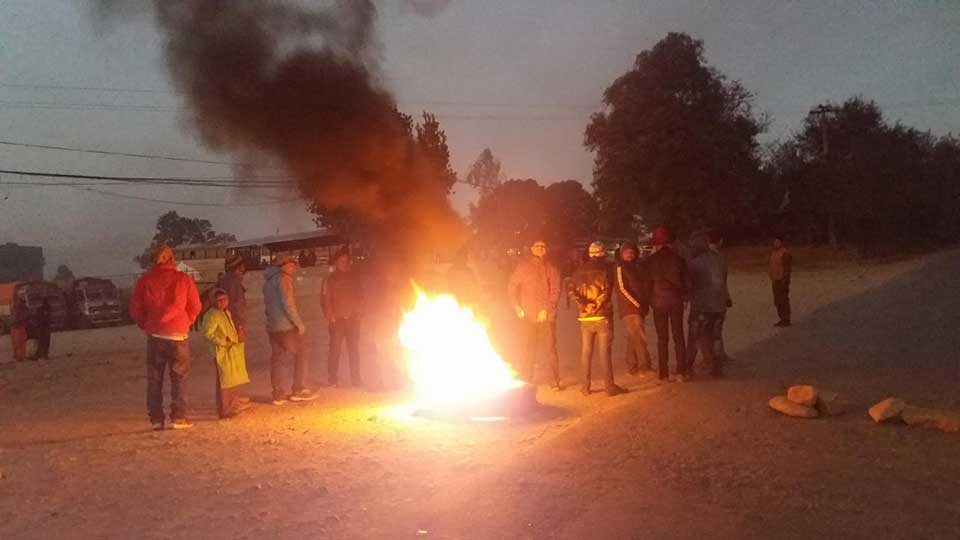 DANG, Jan 17: Demanding Dang to be the capital of province 5, residents of Dang have come together to protest government’s decision of proposing temporary capitals where a high court is located. Residents have called indefinite strike from today. Since early morning today, schools, markets and industries have shut down, while vehicle movement has come to a standstill.

At Deukhuri of Lamhai, protesters have shut down market and halted Mahendra highway-thereby affecting passengers commuting the highway. Likewise, Ghorahi, the district headquarter has also been affected. Protest at Tulsipur, one of the major economic centers of the district, has affected vehicle movement from two adjoining districts, Rukum and Salyan.

Protesters have been claiming that Dang would be the only feasible option as a provincial capital, and they would continue with the protests as long as their claims materialized.

See the protest in pictures. 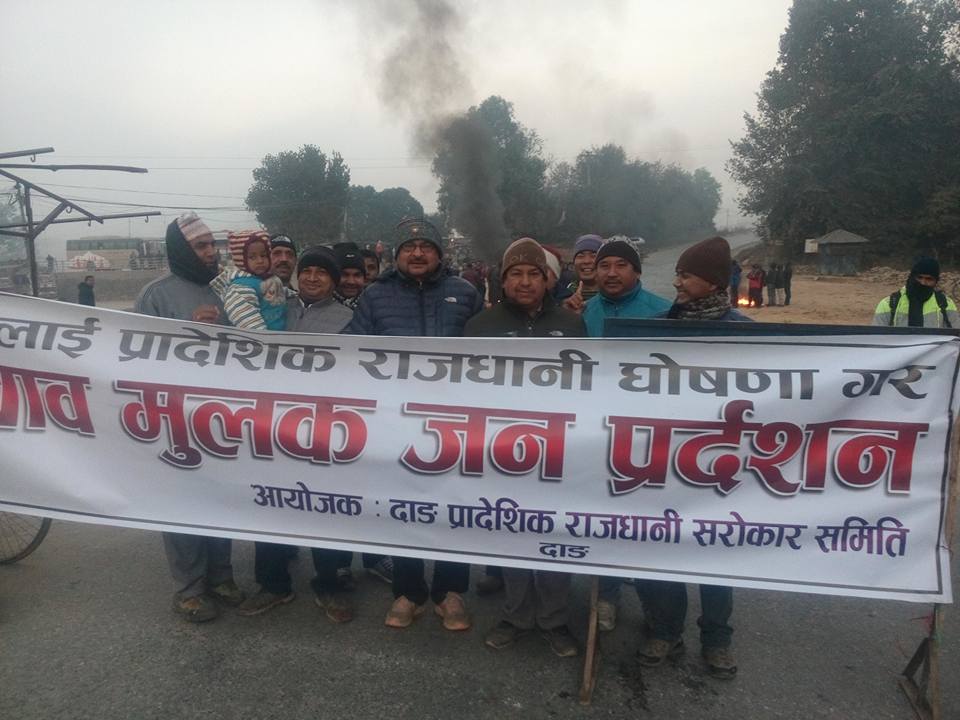 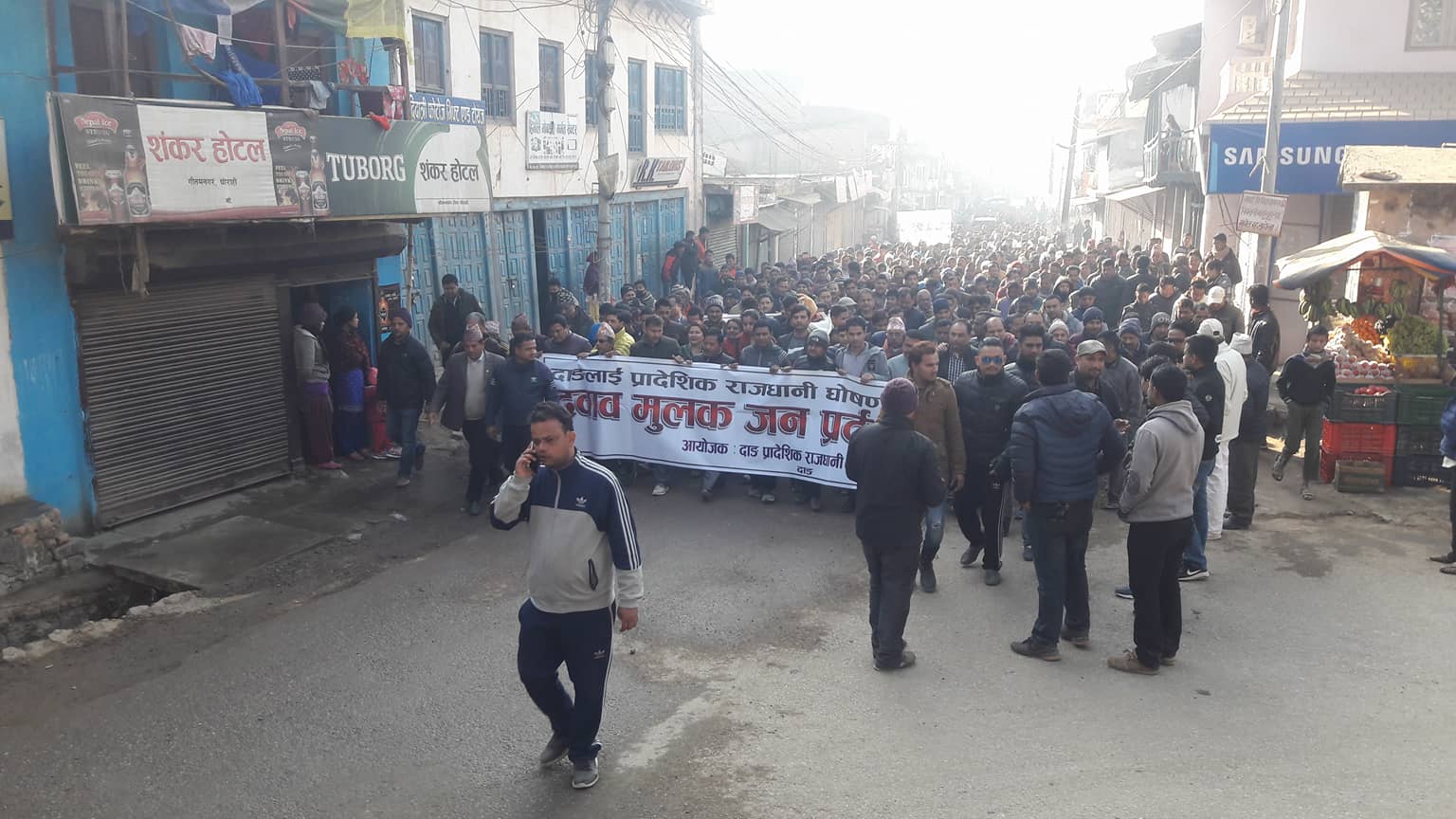 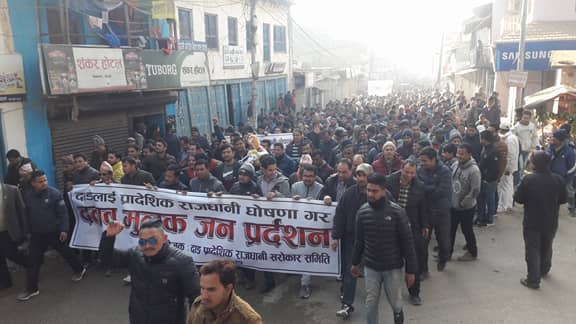 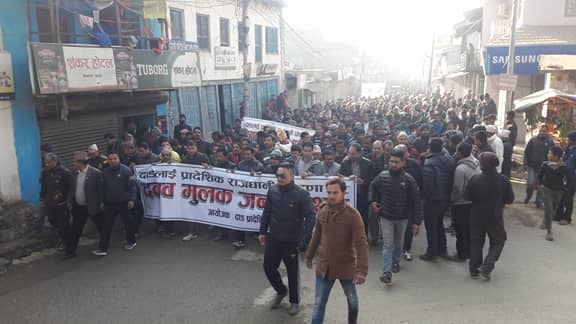 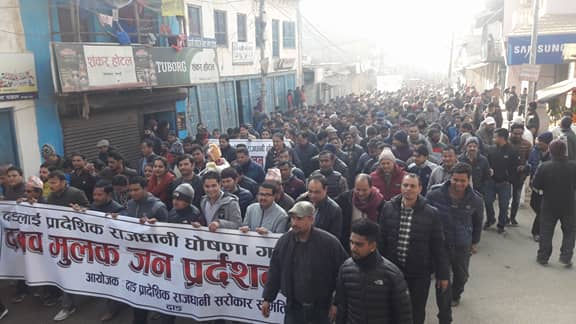 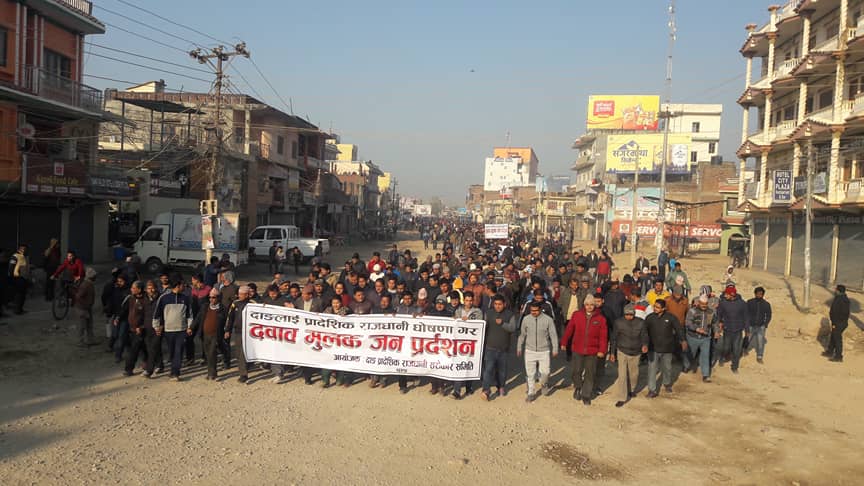 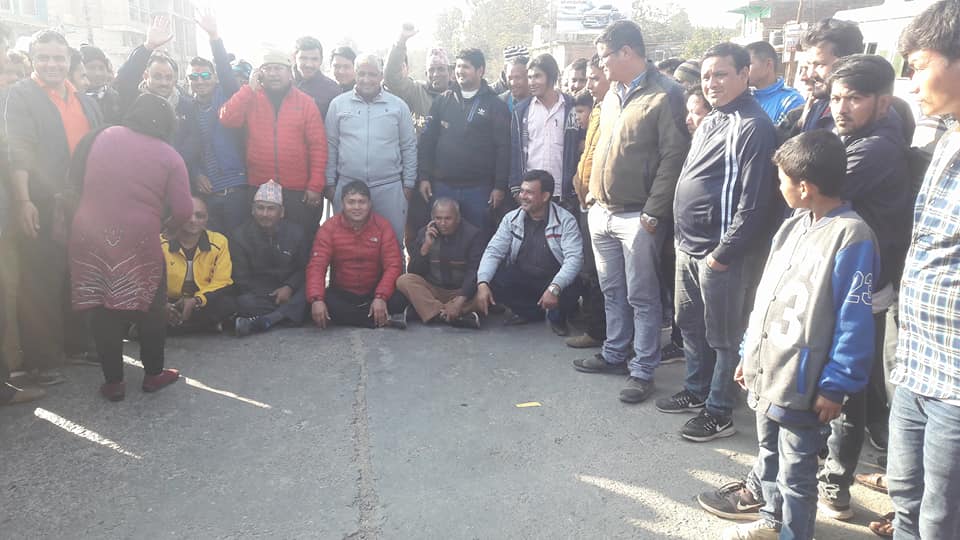 Strike called off in Dang

DANG, Jan 21: The general strike demanding relocation of provincial capital in Dang district has been called off on the... Read More...

KATHMANDU, Jan 4: A sit-in and gherao was organized by the provincial capital formation committee in front of the PM's... Read More...