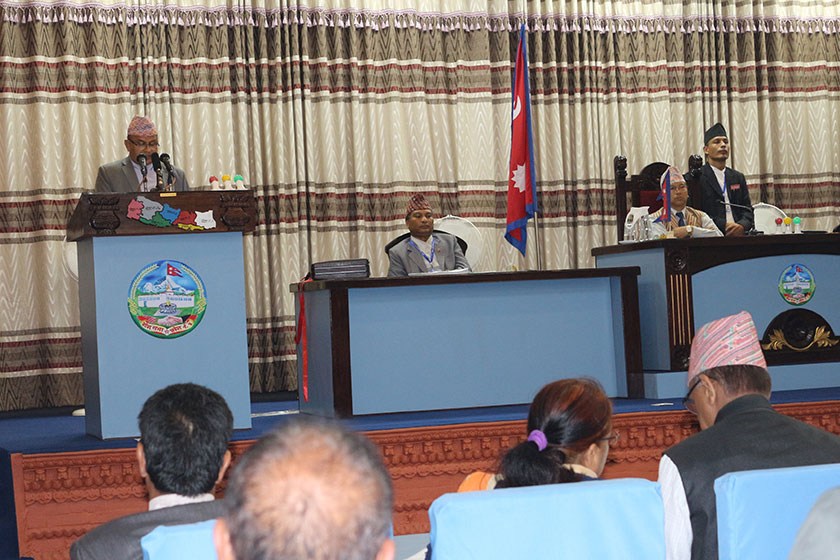 This is the first full-fledged budget ever presented by the province. Earlier, the province had presented a partial budget three months ago.

Similarly, the Province has presumed to save Rs 600,000,000 from the appropriated budget of the current fiscal year.

KAILALI, Mar 7: The government of Province 7 is preparing to introduce a short-term budget only some months before the current... Read More...