Province 4 lawmakers not to get constituency development fund 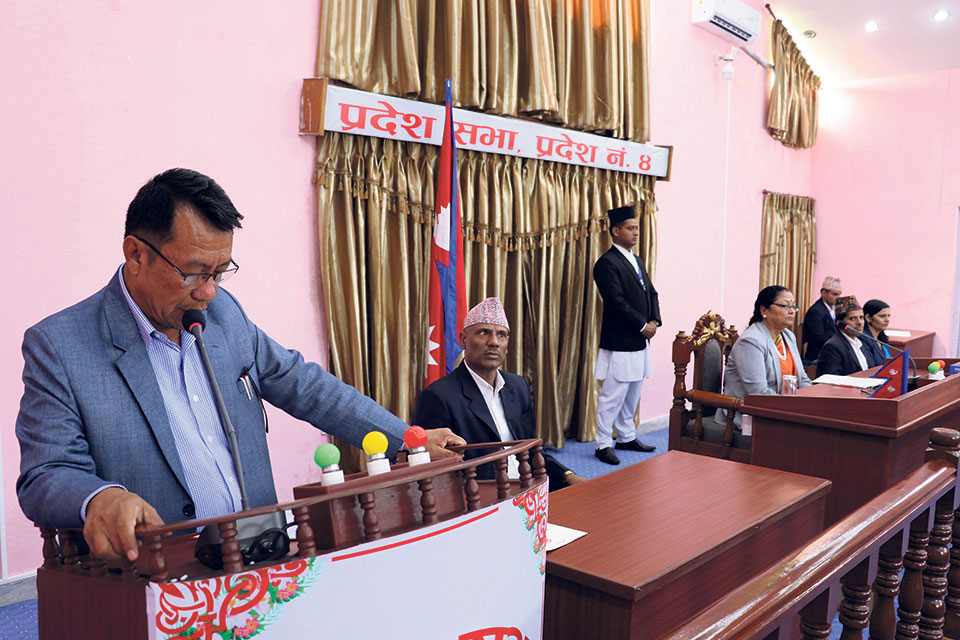 The government of Province 4 unveiled its budget for the next fiscal year on Friday, but not a program has been included in it that allows the provincial lawmakers to spend money on development-related projects in their constituencies.

The provincial Finance Minister Kiran Gurung has firmly maintained that there was no need of constituency development fund for lawmakers as they were elected by voters to formulate laws, not carry out development works.

“The job of lawmakers is to form government and make laws. It is for these roles that they are elected by the people, not to carry out development works. The government will execute development-related works,” Minister Gurung said at a talk program organized by Provincial Assembly Journalists’ Forum in Pokhara on Saturday.

He said that since the provincial government will carry out development works on behalf of the lawmakers, there was no need to worry.

The federal government has allocated Rs 40 million for each parliamentary constituency in its budget for the next fiscal year, despite reports that the fund was misused by the lawmakers who spend it in unproductive programs to please their voters.

Similarly, the provincial government has allocated Rs 300 million for establishing industrial villages and other infrastructure in each of the local units in the provinces.

He said that the budget allocated for infrastructure development, promotion of agriculture, and tourism in the province by the provincial government exceeds the money allocated by the federal government to lawmakers in the past.

“Even though we have no program allowing lawmakers to spend money in their constituencies in the budget, we have prioritized development works in each of the constituencies,” he added.

Province governments should get down to development competition: PM

KATHMANDU, March 21: Prime Minister KP Sharma Oli has pointed out the need of competition between the province governments for the... Read More...

KATHMANDU, Jan 14: The Supreme Court (SC) has ordered to stop the disbursement of the constituency development fund for the... Read More...

Constituency Development Fund to be discontinued

KATHMANDU, May 17: Two budgetary programs allocated for development projects directly picked by parliamentarians will be discontinued in the new budget,... Read More...