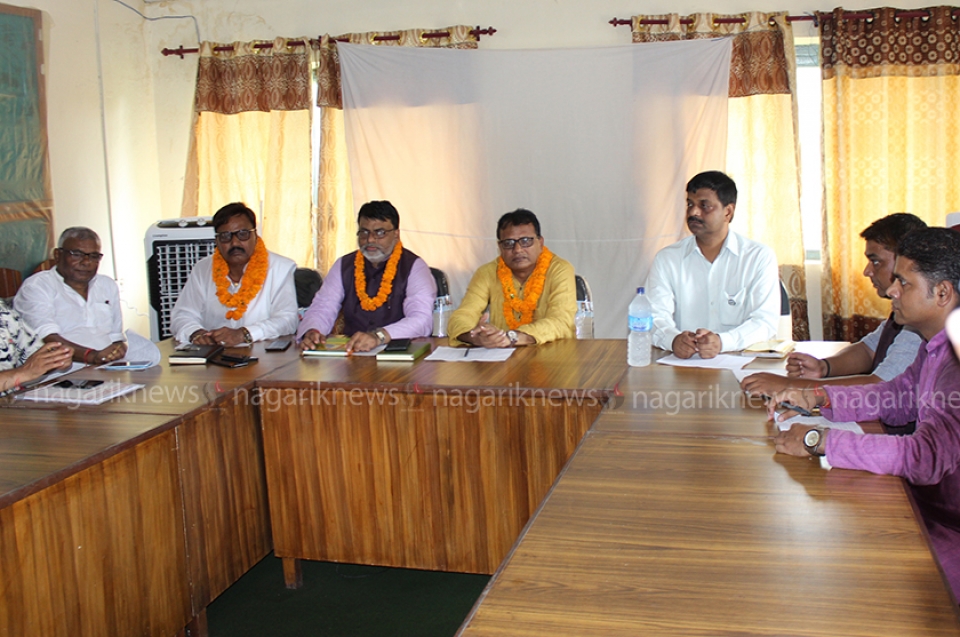 SARLAHI, Aug 23: For the first time, Province 2 cabinet held its meeting out of the provincial capital on Friday.

The meeting that took place at the hall of Sarnath Forest Development Project took a four-point decision.

According to the Province 2 spokesperson Internal Affairs Minister Yadav, the meeting agreed on conservation of national forests within the province, monitoring illegal settlements to protect Chure region, controlling excavation of sands along rivers and encouraging civil employees in the province, and presenting the bill related to internal tourism and revenue collection to the legislation committee for discussion.

KATHMANDU, Sept 29: The Commission for the Investigation of Abuse and Authority (CIAA) regional office in Bardibas raided the office... Read More...

KATHMANDU, Feb 20: The election to pick a new deputy speaker for the House of Representatives has become uncertain after... Read More...

Tiwari is new DG of Department of Industry
11 hours ago

NMA to provide relief to 3,000 tourism workers
11 hours ago