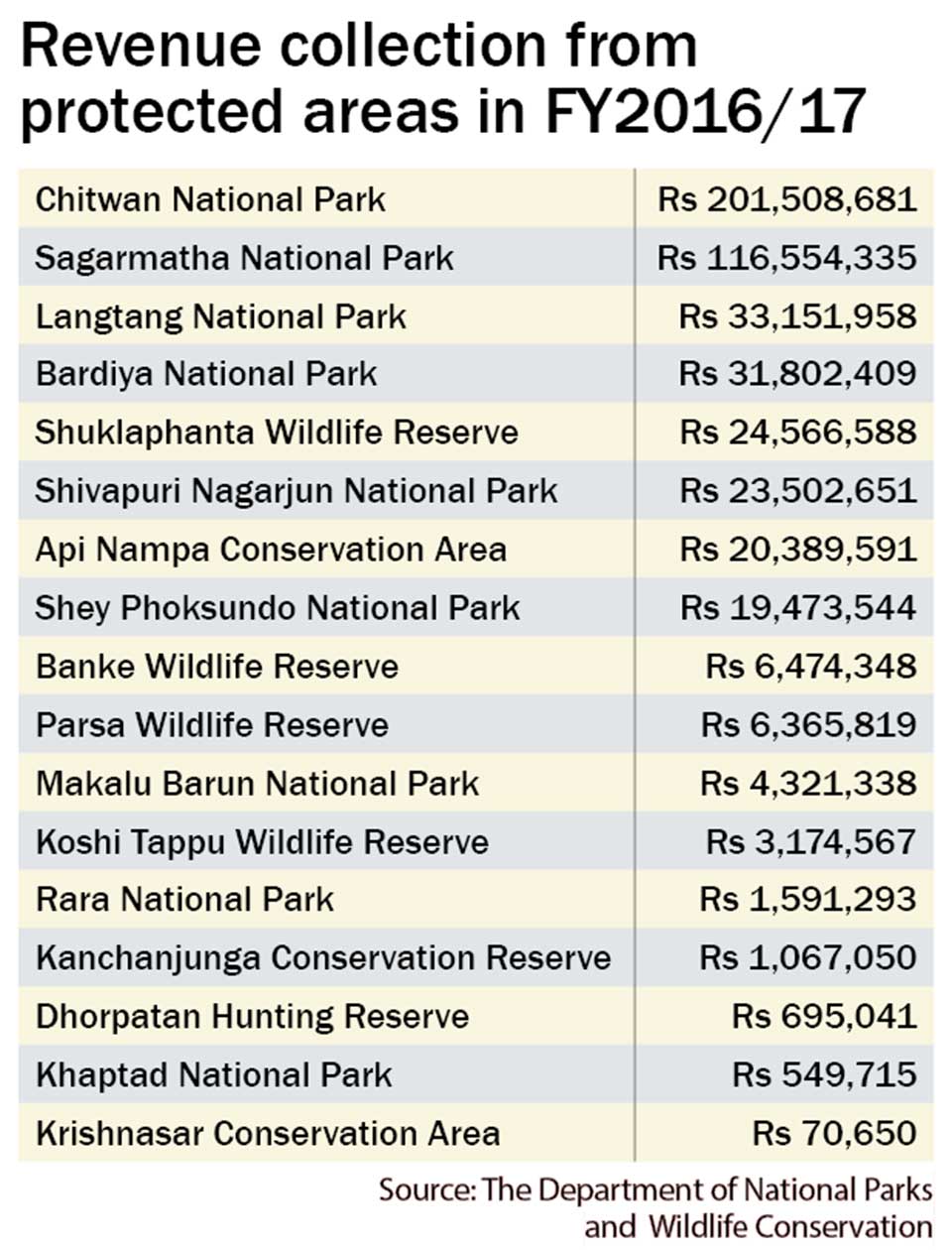 According to data provided by the Department of National Park and Wildlife Conservation (DNPWC), revenue collection increased to Rs 552.7 million in FY2016/17 compared to Rs 350 million in the previous fiscal year.

Besides revenue from entrance fee levied on tourists, DNPWC mobilized a total of Rs 57.4 million from activities like filming fee, helicopter landing, stone and sand mining and other wildlife activities.

Talking to Republica Kedar Nath Katel, assistant monitoring and evaluation officer of DNPWC, said that revenue mobilization in FY2016/17 is the highest since FY2011/12. “Increased movement of tourists to protected areas one of the reasons behind healthy rise in revenue of national parks and conservation areas,” he added. “Movement of domestic tourists in national parks and conservation areas is increasing at a healthy rate. This has also contributed to impressive growth in revenue mobilization by protected areas.”

According to Katel, DNPWC maintains data of tourist arrival and revenue mobilization of 17 protected areas only.

KATHMANDU, Jan 17: Nepal has 20 to 35 percent working poverty, according to an international report. ... Read More...