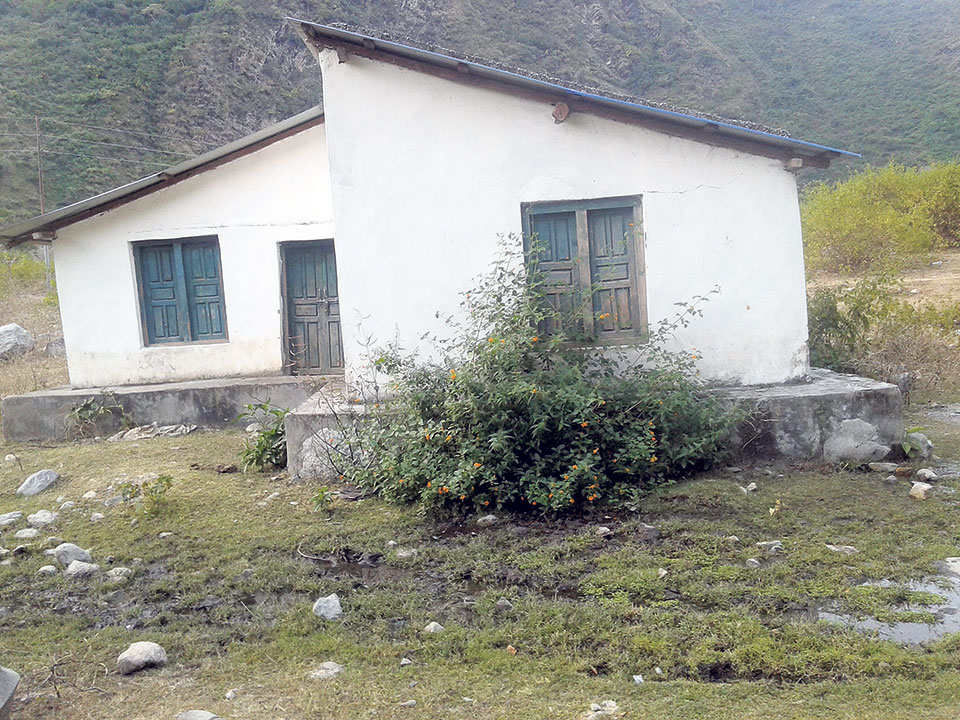 BAJHANG, Dec 18: The Tamail Vegetable Collection Center (TVCC) of Bajhang, which was built for collecting and selling vegetables of farmers, has now turned into a sex trade hub and a shed for cattle.

Four years ago, the District Agriculture Development Office (DADO) invested Rs 700,000 to build the TVCC with the motive of facilitating the farmers of Channa and nearby villages.

In the recent years, this place has been transformed into a brothel and cowshed due to the negligence of DADO and other stakeholders. According to Kalak Joshi, who owns a shop nearby, farmers benefited immensely from the TVCC in the first two years. Later, the DADO and other authorities stopped working effectively and this eventually emptied the center, then started the trade of sex workers and gamblers, he informed.

He further informed that there are condoms and bottles of alcohol scattered in the rooms of the center. In lack of proper care, the area around the center has become bushy. Two years ago, Dal Bahadur Rawat of Khaptad Channa rural municipality returned to Nepal from Punjab, India leaving his well-paid job and started farming.  He was assured by the Junior Technical Assistant (JTA) that his agricultural products would be bought and later sold by the DADO. In the first two years, he made good money but now he is struggling to sell his products.

After cultivating potatoes in his land, he reached the TVCC but was disappointed to see cattle instead of staff.

"It's sad to see cattle inside the building of the TVCC which was built with so much investment," Rawat said, adding, "We had expected that we would get the opportunity to learn new methods and techniques of farming but that didn't happen."

Manju Singh had decided to donate her land worth Rs 1 million to the DADO for the construction of the TVCC. "There was a time when the officers used to visit our homes and give us various kinds of assurances but it has been a long time since we have seen them," Singh informed.

The doors and windows of the dilapidated building have been broken but that has still not caught the eye of the concerned authorities.

As informed by Rajesh Kumar KC, a senior agriculture development officer at the DADO, the center is not operating properly due to lack of electricity, proper food storage facility, water, drainage management and various other reasons.

"We are planning to bring it back into operation by coordinating with the municipality," KC said.