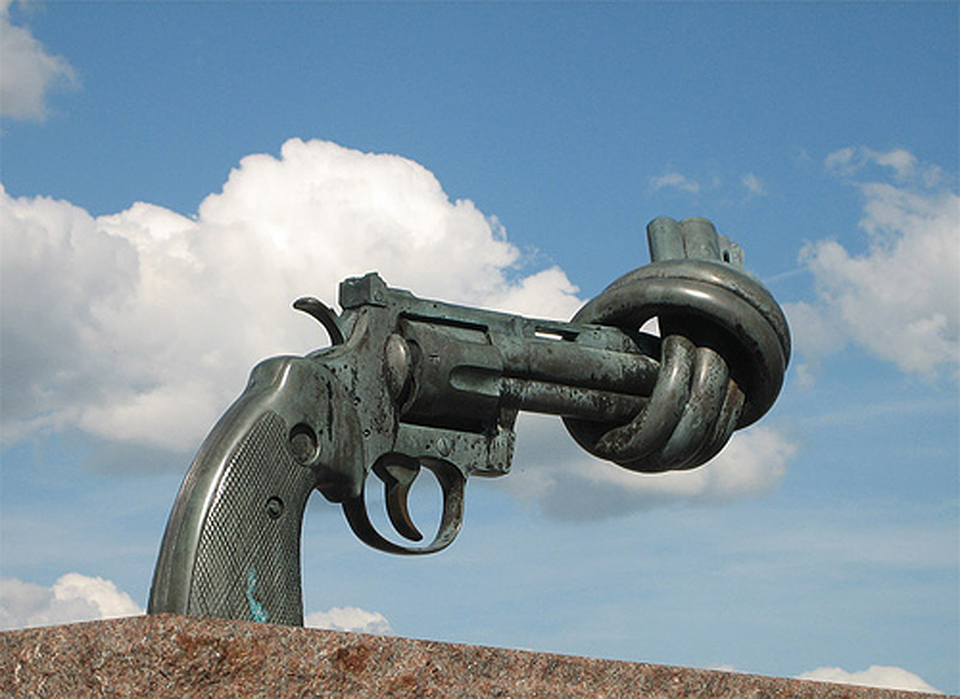 The perceived efficacy of the language of violence runs the risk of making peaceful methods ineffective.

The arrest of former Maoist lawmaker Bal Krishna Dhungel is the new talk of the town. Much of the conversation rightly centers on the idea of bringing the murder convict to book. Newspapers are also filled with commentaries on transitional justice. However, such conversations seem to gloss over an important aspect of Nepali society: political violence.

Use of violence to achieve political ends has a long history in Nepal. Starting with the 1950s up until today, various actors (including the political parties) have employed violence to advance their political agenda. While some, such as Nepali Congress, have said that they once took to violence ‘out of compulsion’, others such as the Maoist party have not made any such public posturing on the use of violence.

Violence has different manifestations, ranging from physical violence to actions that increase structural inequalities to ‘epistemic violence’ via different religious and legal texts. But what provokes such violence? Conventionally, the state has had the monopoly over the use of ‘legitimate’ violence. State actors may unleash violence in the name of maintaining order. A counterattack could easily be termed aggression against state sovereignty and be brutally suppressed. Given the rise of non-state actors that are increasingly contesting state legitimacy, such violence is a recurring phenomenon.

In the past two decades, Nepal has seen various kinds of violent methods employed for political purpose. The 10-year-long Maoist-led war is particularly noteworthy in this regard. While the violence unleashed by the Maoists was brutal, were they the cause or the effects of another form of violence—structural—in Nepali society? But what is true is that the war made violence a norm rather than an aberration.

The structural imbalance, be it in terms of caste, class, ethnicity, gender or geography created a lopsided setup wherein the prevailing political structure was unwilling and on most counts unable to address the imbalance. Therefore, it can be said that the violence propagated by the Maoists was a result of structural inabilities of the state dominated by a parasitic elite long accustomed to monopolizing resources without any thought for others.

But this violence has now become normalized, as it was projected by the former guerrillas as a ‘legitimate’ way to reach power. In fact the Maoists were not the first to so argue. Their communist brethrens, CPN-UML, in its previous avatar as CPN-ML had used violence to establish themselves as a credible political force. The Grand Old Party, Nepali Congress, itself has a history in the use of violence to establish its agenda. The violent methods used by Madhes-centric parties to wield power are the latest instance of use of violence for political ends, even though they claimed they were only responding to state violence.

Therefore, violence has been a strong means of communication among Nepali political actors. But it is important to remember that they were only responding to the violence unleashed by dominant state actors of the day.

The perceived efficacy of the language of violence to communicate one’s position runs the risk of making peaceful methods ineffective. Undue focus on violence as a means to acquire power, coupled with unjust society, can lead those struggling through peaceful methods to opt for more drastic measures. Arrest of Dhungel coincides with the fast-changing political equations in Kathmandu’s power corridors. In the past one decade, issues associated with the war have been used as bargaining chips to further political ends. It is therefore futile to rejoice at Dhungel’s arrest.

The need to counter political violence has to be felt at different levels, most importantly at the party level. There has been much hue and cry from Dhungel’s party about his recent arrest. But rather than trying to protect him it would be far wiser on their part to institute an internal mechanism to facilitate the ongoing transitional justice process and thus project themselves as a party that believes in nonviolence.

The other arena which calls for more attention is the connection between political actors and mafias. Entry of mafias and criminals into mainstream political process, especially via elections, will further legitimize violence and keep the vicious circle intact.

Years of exposure to violence have made Nepali people used to it and even tolerate it. ... Read More...