Promise and peril of the bio-revolution 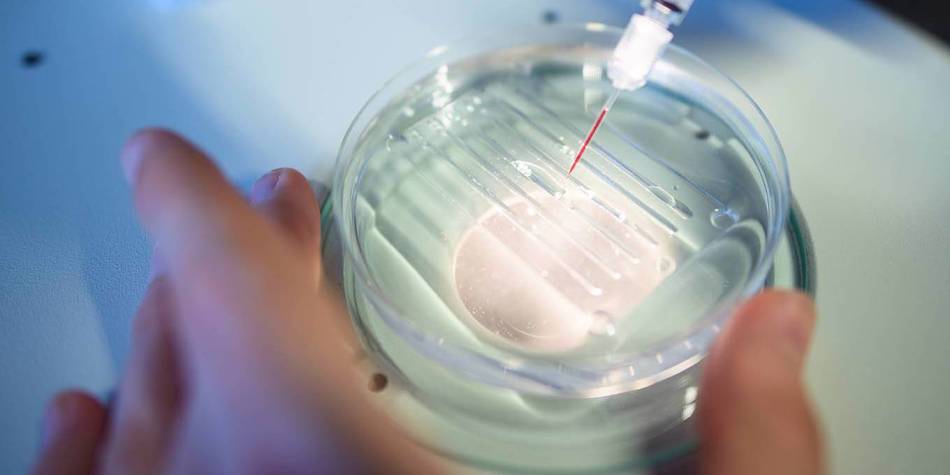 Many of today’s biological innovations are complex, and we need to understand them fully to gauge their impact on our lives and societies.

HAMBURG – Last November, the world cheered the news that three gene-based COVID-19 vaccines—one developed by German biotech company BioNTech in collaboration with Pfizer, another by US-based biotech firm Moderna, and a third by the University of Oxford and AstraZeneca—had proved effective in clinical trials. But in October, researchers revealed that off-target effects of the CRISPR-Cas9 gene-editing tool used to repair a blindness-causing gene in the early stages of human embryo development often eliminated an entire chromosome or a large part of it.

The two announcements, coming just a month apart, illustrate the promise and peril of biological engineering.

As a recent report from the McKinsey Global Institute (MGI) makes clear, current breakthroughs in biological science and advanced data analytics could help us solve major human challenges, from reducing climate risk and strengthening food security to fighting pandemics. But realizing the revolution’s potentially huge benefits will require us to think carefully about how to mitigate the potentially severe risks.

The scope of today’s bio-innovation wave is large. Some 60 percent of physical inputs to the world economy are either already biological, or could be produced using biological processes in the future. Nylon, for example, can already be made using genetically-engineered yeast, rather than petrochemicals. Many such “bioroutes” to production potentially will use less energy and water, and generate fewer greenhouse-gas (GHG) emissions. Just 400 biological applications currently in the pipeline could reduce annual average GHG emissions by as much as nine percent by 2050.

CRISPR-Cas9 stands out as an increasingly accessible technology for manipulating genetic material, and is complemented by rapid and low-cost genetic sequencing and advances in data analytics that enable scientists to understand biological processes better. Our deepening knowledge of biology—genes, microbiomes, and neural signals—is making it increasingly possible to “engineer life.”

But modifying biology is inherently risky. With CRISPR kits now available for sale on the internet, anyone with some degree of biological knowledge could potentially create and release a new living entity, including harmful bacteria or viruses.

Biological organisms are self-replicating, self-sustaining, and interrelated. Moreover, as the rapid global spread of COVID-19 has demonstrated, they do not respect political borders. For example, so-called gene drives applied to infectious-disease vectors (such as Anopheles mosquitoes in the case of malaria) could save many lives, but we may not be able to control them. The next generation of genetically-edited mosquitoes in one field experiment in Brazil were supposed to die, but are still breeding five years later.

Another concern is data privacy. The rapid spread of digital technologies has triggered an intense debate about technology companies’ use of personal data, such as that relating to purchasing habits and social-media activity. But access to biological data from our bodies and brains represents another level of intimate knowledge.

Moreover, the bio-revolution could entrench inequality, at least while applications such as breakthrough therapies, performance enhancements, and reproductive selection remain expensive and thus accessible only to the well-off. MGI estimates that about 70 percent of the reduction in disease in the next 10-20 years could be in high-income countries, despite the fact that they collectively account for only around 30 percent of the global disease burden.

Thus, unless managed carefully, the risks of some new biological applications may outweigh the potential benefits. Scientists cannot pursue innovation in a vacuum: society’s concerns matter, and innovators must exercise consistent and effective oversight. Fortunately, they have a track record of doing so.

Back in 1975, for example, prominent scientists, lawyers, and medical professionals gathered at the Asilomar Conference in California to draw up voluntary guidelines to ensure the safety of recombinant DNA technology. More recently, the American biochemist Jennifer Doudna, who, together with French microbiologist Emmanuelle Charpentier, was awarded the 2020 Nobel Prize in Chemistry for inventing CRISPR, responded to the tool’s use to gene-edit twin human embryos by calling for stricter regulation of the technology.

Governments that regulate bio-innovations and the businesses that develop and use them need to be part of the sustained conversation on risk. In fact, we estimate that as much as 70% of the bio-revolution’s potential impact will be in uses that fall under existing regulatory regimes.

Regulation today is uneven. For example, as of late 2019, the American Society for Reproductive Medicine largely was leaving it up to clinics and parents to decide what genetic testing and diagnosis is permissible in identifying defects within embryos before they are implanted. But the United Kingdom’s Human Fertilisation & Embryology Authority regulates the procedure tightly, permitting its use only for medical purposes and, even then, only for certain disorders.

Ideally, citizens also need to be involved in the debate, because their level of comfort with how science is applied influences regulators. In the UK, for example, the independent Nuffield Council on Bioethics was established in 1991 to advise policymakers and stimulate public debate on bioethics.

Many of today’s biological innovations are complex, and we need to understand them fully to gauge their impact on our lives and societies. Only by working together can governments, scientists, businesses, and the public unleash the power of biology for good while effectively managing the risks.

Matthias Evers is a senior partner in McKinsey’s Hamburg office and co-leads the firm’s global research and development work in the pharmaceutical and medical products practice. Michael Chui is a partner at the McKinsey Global Institute, studying the impact of long-term technology trends.

What you need to know about the coronavirus right now

LONDON, July 7 : Here's what you need to know about the coronavirus right now: ... Read More...