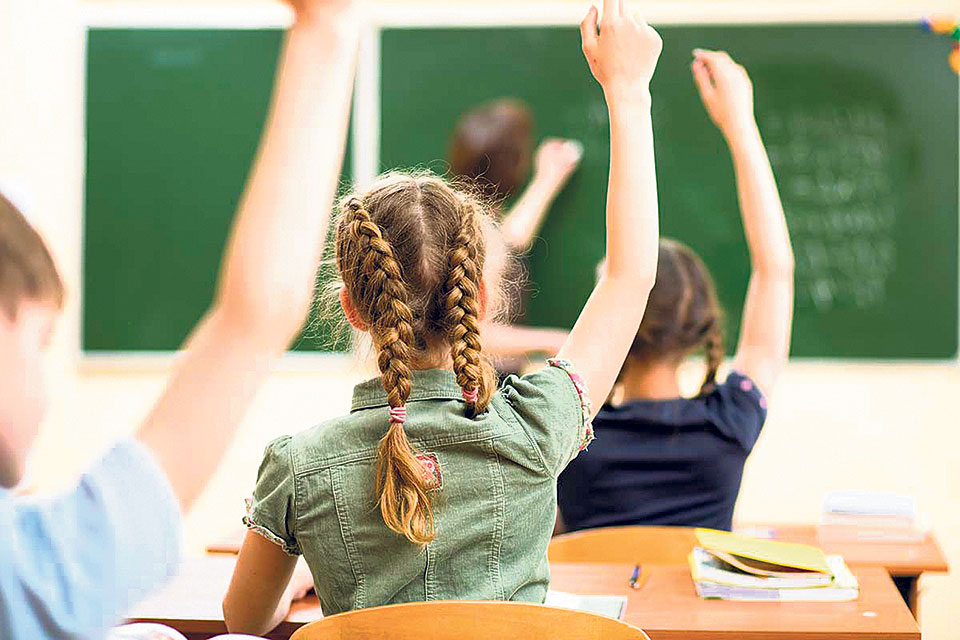 Providing student autonomy with little guidance from the teacher, miracles can happen even in the most ‘boring’, ‘lazy’ and ‘unproductive’ classes

Project Based Learning (PBL) is lately widely used in education as it makes learning livelier for students and can be used to achieve real goal. However, PBL trend is not altogether a new approach. As mentioned by Du, X M and Han, J (2016) in their article the history of PBL can be traced back to the progressive tradition advocated by John Dewey. Dewey insisted on the idea of “learning by doing”. He argued that the classroom should be a kind of society and the students should be encouraged to become the center in the learning process.

In PBL approach, a goal is set, and all is done to make it a tangible outcome. Most importantly, all students are engaged in the project and they all have something to contribute. Responsibilities are shared. Further, through PBL, skills needed for the century are developed. Any teachers of any subjects can use this approach as it is interdisciplinary. However, it might be useful to be aware of how it can be used. Preliminary steps are to be followed according to educationists: i) agree on a theme for the project, ii) determine the final outcome, iii) structure the project, iv) gathering information, v) information compilation and analysis cycle vi) present the final product, and vii) evaluating the project. With these steps in mind, I wanted to achieve a goal in my English class.

Those who don’t know much about poetry are afraid of writing poems and don’t even try to write one. I wanted to break it and teach students how they could write poetry in a free style. I made a plan and walked toward the college I was going to teach that day. I saw on my left two birds perching on a black wire so close. As I saw them it struck my mind that the scene could be a good source for me to create a poem. So I stopped then and there and began jotting a poem looking at them. I left only after I finished my project.

Now I felt I was better equipped to teach students as to how to write in a free manner. Because I had something ready to share, I felt very confident as I entered grade eleven. After another English teacher introduced me to the class, I first of all told them that writing free style poetry should not be necessarily difficult. I saw the students’ faces brightening up and I felt myself encouraged. I told them how I had written a poem on the way. This further motivated them. In order to offer further encouragement, I even wanted to create one poem in front of them, where they, too, could assist me in composing. With my ideas and their inputs, we succeeded in our goal.

After that I asked if they, too, would like to compose a poem and they readily agreed to embark on the venture. I divided the students into eight groups consisting of four in each and asked them to agree on a topic. Just to make the class interesting, groups were named after famous poets—such as WB Yeats, Sylvia Plath, Shakespeare, Rudyard Kipling, Robert Burns, Oscar Wilde, John Milton and John Keats. It took some time for students to come to consensus as each seemed to have different ideas about the topic but I had told them that they had to collaborate and agree on a topic anyway.

After some time, all the groups had a topic to write a poem on. I further encouraged them to work together and contribute in composing a poem. It was a project everybody would take part in and own up. Nobody was sitting idle, some offered words. Others were looking at the spellings and structure and so on. From the very beginning students were involved in the information gathering, processing and reporting, in one way or the other. I, as a facilitator, moved around and gave them maximum autonomy possible. In one instance, I helped them translate only a few Nepali words into English. Finally, all the eight groups produced their poems.

After that I told them to decide and agree to who was going to present in front of the class. This fostered collaboration. In the group of four, two students held the paper from side to side; one recited the poem and another just stood up there just to show that he/she was also the one who helped compose the poem that was being recited. All the eight groups recited their poems and all were given a round of applause. Though it was not a competition, among all those eight poems they could vote the one they thought was the best. Each of the students had one voting right.

After all had cast their votes, they were counted and the one that received the most votes was declared the best poem of the day. The group named after Oscar Wild did that.

Providing student autonomy with little guidance from the teacher, miracles can happen even in the most ‘boring’, ‘lazy’ and ‘unproductive’ classes. Hail to PBL.