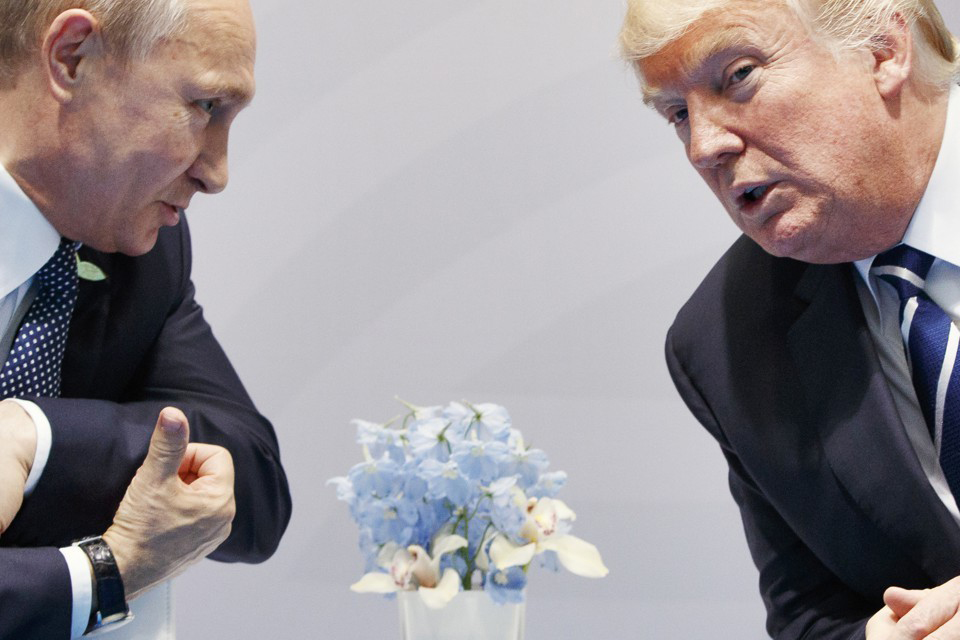 Prioritizing his own safety over wellbeing of Russia, President Boris Yeltsin named Putin, a former KGB colonel, as his successor.

NEW YORK: The fate of nations often comes down to the choices made by a handful of individuals at a particular moment in history. Today, the United States is facing just such a moment. What a handful of individual Republicans decide will shape the future not just of the country, but of democracy itself. Modern history is littered with similarly pivotal choices, for better or worse. A century ago, the Russian Revolution came down to a showdown between the iron will of Vladimir Lenin and the indecisiveness of Alexander Kerensky, who ended up sneaking out of Saint Petersburg to escape the Bolsheviks.

Another Russian revolution—on New Year’s Eve 1999, when President Vladimir Putin gained the government foothold that ultimately enabled him to rule the country to this day—also came down to a solitary selfish decision by the country’s then-leader. Choosing to prioritize his own safety and that of his family over the wellbeing of Russia, President Boris Yeltsin named Putin, a former KGB colonel, as his successor. On a more positive note, where would France be today, if, in June 1940, the then-relatively unknown General Charles de Gaulle had not gone into exile and delivered his passionate call for his country to resist the Nazi invaders? Where would the West be had anyone other than Winston Churchill become British prime minister that year?

The US has also had its share of such pivotal moments, several of which were described by John F. Kennedy in his book Profiles in Courage, which he wrote before becoming president. For example, Secretary of State Daniel Webster supported the Compromise of 1850, despite his hatred of slavery, in order to save the union. Similarly, Robert Taft denounced the Nuremberg Trials, despite his hatred of the Nazis, to defend the fundamental US legal principle that a person could not be criminally charged on the basis of a retroactive statute. Webster and Taft, like the six others that Kennedy examined, risked political and reputational ruin to take difficult decisions, because they believed themselves to be defending the best interests of their country.

Such political courage is not a thing of the past. Last week, 11 Conservative members of the British parliament balked at giving Prime Minister Theresa May’s government “Henry VIII powers”—the authority to create new laws or eliminate old ones, without parliamentary approval. Led by former Attorney General Dominic Grieve, the rebel Tory MPs refused to countenance such a step, regardless of the cost. And that cost turned out to be high: Grieve received death threats, and others were sacked by the Tory leadership. The US today is one place where such bravery and selflessness cannot be glimpsed. Yet, as President Donald Trump and a majority of Congressional Republicans attempt to pass a tax bill that would benefit America’s wealthiest households at the expense of saddling the country with more than US $1 trillion in additional debt, such courage could not be more necessary.

US Republicans have long decried any measure that increases the US budget deficit. Rob Portman of Ohio even served as Director of the White House Office of Management and Budget under President George W Bush. Yet now they support tax cuts that will cause the deficit to grow as much, if not more, than it did under President Barack Obama. (And Obama, it should be noted, was attempting to stave off another Great Depression, not to deliver big tax savings to wealthy donors.) To be sure, seven Republican senators—Susan Collins of Maine, Robert Corker of Tennessee, Jeff Flake and John McCain of Arizona, Ron Johnson of Wisconsin, Lisa Murkowski of Alaska, and Marco Rubio of Florida—have voiced concerns about the bill. These concerns echo more fundamental fears, voiced by the same senators to varying degrees, that the Trump administration is doing serious harm to US institutions.

But even these senators now appear to have fallen into line, effectively promising to deliver Trump an important legislative victory that will help to buttress his floundering presidency, while deepening inequality in the longer term. In doing so, they are putting tribal partisan loyalty above concern for their country. Of course, it is hard to ask for more heroism from McCain. His courage as a prisoner of war for five years in Vietnam seems to be doubted only by Trump, and the dignified way he is battling brain cancer today has only heightened the esteem in which most Americans hold him. But the fact is that McCain is now backing away from his call, made on his return to the Senate after brain surgery, for a return to the “old way of legislating in the Senate,” including thorough public committee hearings on bills.

McCain’s fellow senator from Arizona is similarly failing to back word with deed. Flake, whose memoir is called The Conscience of a Conservative, recently delivered a searing speech on the Senate floor denouncing Trump, whom Flake sees as threatening American “principles, freedoms, and institutions,” disregarding “truth and decency,” and engaging in petty and “reckless provocations.” Yet Flake will support Trump’s tax bill without so much as a grimace. Murkowski and Collins played a vital role in preventing the Trump-supported repeal of the 2010 Affordable Care Act and its replacement with a much crueler health-care bill. Corker, too, has presented himself as somehow apart from the Trumpian mire. Yet, when it comes to tax cuts for the rich, these figures are as willing as any firm Trump acolyte to trade their honor for the approval of their tribe.

Years from now, some young and ambitious politician will survey the Trump presidency and, in an effort to explain the events that are unfolding before us, pen a Kennedyesque Profiles in Cowardice focused on Republicans’ lack of personal integrity. The question is what will have become of American democracy by then.

The author is Professor of International Affairs at The New School

Tool is one of the few remaining holdouts as more and more artist catalogs continue to hit digital music streaming platforms. ... Read More...

Running away from polls is cowardice: Yadav

The US border officials are checking the Facebook profiles of immigrants before allowing them into the country, a media report said. ... Read More...