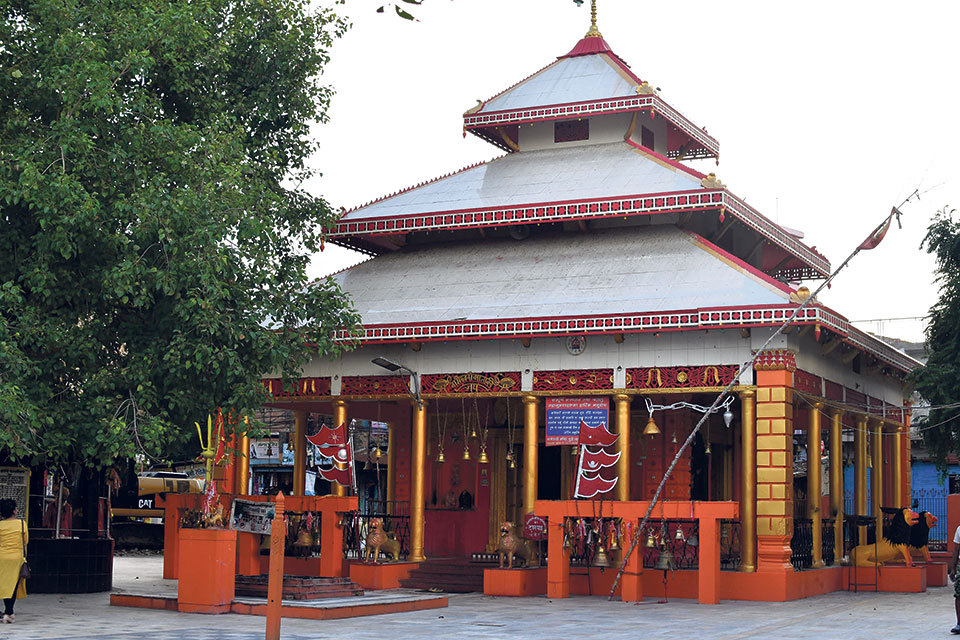 A file photo of the famous Bageshwari Temple in Nepalgunj. Photo:Republica/Files

NEPALGUNJ, Dec 15:  A probe commission formed to investigate the Bageshwari Temple land encroachment issue has handed over its report to the government. The commission was formed following stories in Republica and Nagarik dailies about the encroachment of 84 bighas of land which was earlier owned by the temple. The government had formed the commission three months ago, soon after the news was published.

According to a commission member Jagat Deuja, the report was handed over to Prime Minister KP Oli on Saturday.

"The report was prepared after a detailed investigation. It has been handed over to the government," he told Republica over the phone.

"And we have already been told by the PM that the report will be implemented without delay," he added.

Deuja further informed Republica that the commission has submitted reports about other land scam cases as well. This is expected to free huge plots of lands in the region from the clutches of land mafias.

"We submitted reports related to nine other cases apart from the Bageshwari temple case.

We expect this will help a great deal to free those public lands from the hands of mafias," Deuja said.

The development has elated the locals as well. According to coordinator of 'Bikashka lagi Nagarik Sarokar Samittee, Nepalgunj', Krishna Prasad Shrestha, locals were widely consulted during the investigation process. "We have heard that the PM is positive about implementing the report guidelines.

This has made us very hopeful. Public property should not go into the hands of mafias," he said.

To engage school kids during this lockdown, Republica is organizing a Daily Contest where we have been publishing the best... Read More...

A request to My Republica visitors

Greetings from Nepal Republic Media and the My Republica team! Hope you all are doing well. This is the first... Read More...