Priyanka Chopra-Nick Jonas get married in a Christian ceremony 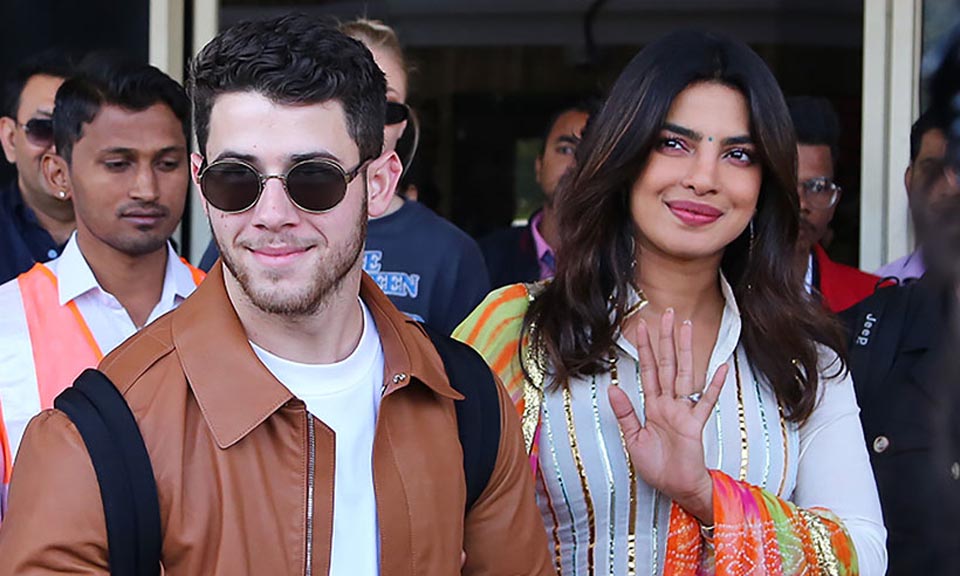 JODHPUR, Dec 1 : Priyanka Chopra and Nick Jonas Saturday said 'I do' as they exchanged wedding vows as per Catholic traditions at Umaid Bhawan Palace here.

Priyanka opted for a custom Ralph Lauren wedding gown, and Jonas, too, wore Ralph Lauren for their special day. Lauren is an important designer for the couple not only because he is a close friend of the actor but also because she and Jonas, 26, both rocked Ralph Lauren Collection at the 2017 Met Gala, which took place one week after their unofficial first date.

The couple, who reached the Blue City of Rajasthan on Thursday, are having a dual wedding. The Christian wedding will be followed by a grand Hindu traditional ceremony on Sunday.

The respective families of the bride and the groom including Priyanka's mother Madhu Chopra, brother Siddharth and cousins Parineeti and Mannara Chopra and Nick's parents Paul Kevin Sr and Denise, brother Kevin and his wife Danielle, and brother Joe and his fiancee "Game of Thrones" star Sophie Turner arrived here on Thursday.

The entire luxury hotel has been booked for the wedding guests.

Priyanka and Nick never shied away from documenting their love on social media since they went public with the relationship in July this year, but they decided to keep their wedding a private affair.

While the guests were asked not to bring mobile phones with the camera at the venue, the entry to the palace was strictly restricted by invitation.

Apart from the family members, Mukesh Ambani with his wife Nita, daughter Isha and sons Akash and Anant attended the wedding.

Nick proposed Priyanka on her 36th birthday and then they flew down to India for a traditional 'roka' ceremony. PTI

Why Nepalis Hate India and How That Can Change

Politicians, especially those from the communist parties of Nepal, have always fed the general public with anti-Indian sentiments. From the... Read More...

KMC to run free ambulance service during Dashain
22 minutes ago