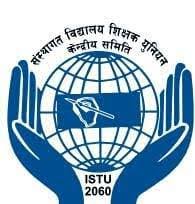 KATHMANDU, July 17: Teachers associated with the Institutional School Teachers Union (ISTU) have placed an ultimatum asking all stakeholders concerned to resume the online classes within three days. Opposing the decision of schools to stop online classes asking teachers and staff to go on an unpaid leave, the teachers have issued the ultimatum asking the school operators to withdraw the decision. The teachers are now determined to take harsh and negative actions if their demands aren’t heeded even this time around, said Hom Kumar Thapa, chief of the ISTU.

The ISTU has accused Private and Boarding School’s Origination Nepal (PABSON) and National Private and Boarding School’s Origination Nepal (N-PABSON) of taking unwise decisions on their own. This decision, according to the teachers, is unintelligent and short-sighted and has not just kept teachers into a critical condition but has also violated the students’ basic right to education.

A press release issued by the ISTU on Thursday said, “The decision was taken in a selfish way and egotistically by the associations without consulting with the teachers and shall be harmful to PABSON and N-PABSON if not altered as soon as possible.”

“The decision taken by PABSON and N-PABSON has dismantled the lives of over 200,000 private school teachers from across the nation,” said Thapa. “The money they get paid from their schools is the same money that helps them sustain their families,” he said.

The release further states that schools haven’t paid them salaries of the last 6-7 months citing the lockdown and the crisis created by the COVID-19 pandemic. “This is completely unlawful as well as inhumane,” the statement reads.

According to the union, most of the teachers have complained of not getting paid for 6-7 months even though the lockdown was imposed just four months ago.

Blaming the authorities for not addressing their demands, schools engaged with PABSON and N-PABSON had decided to halt the online classes from July 16, Thursday until further notice. Now however, their decision has been widely criticized by the teachers, school staff as well as the guardians.

KATHMANDU, Jan 16: If things go as recommended by the High-Level Education Commission (HLEC), private schools will be converted into... Read More...