Prithvi Highway to be shut for 6 hours every day 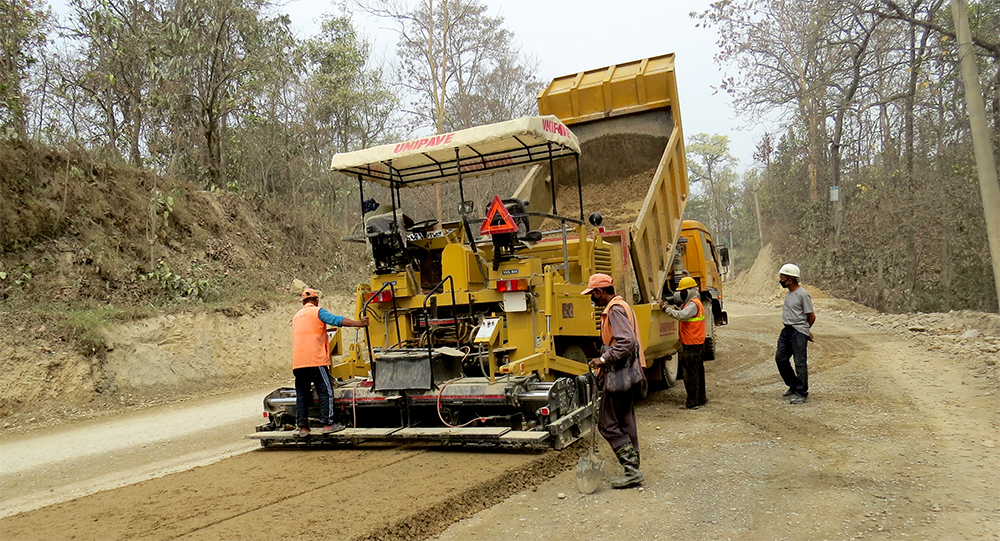 CHITWAN, Jan 2: Starting today, the Narayanghad-Muglin highway will be shut down from 10 PM to 4 AM for road maintenance. During the closed hours, contractors will work to demolish mountains and other works that would be difficult to carry out during day.

“Blacktopping the roads will be done during day while demolishing mountains and other major activities will be carried out from 10-4 AM,” engineer Shiva Khanal, information officer of the highway project said adding that the roads could also be closed partially during day.

The Prithivi highway is the only road network to connect Kathmandu with eastern and western sides of the country. Around 10,000 vehicles travel the highway every day. Kathmandu depends largely on the highway as it brings vital essentials, food and fuel to the capital.

Where vehicles will be halted:

BIRATNAGAR, March 9:The Nepal-India border check points in Morang and Sunsari districts will be closed for 48 hours beginning at 6... Read More...

BAJHANG, JuLY 17: Landslide debris on the Jay Prithvi Highway has not been cleared even after ten days, obstructing vehicular movement... Read More...

CHITWAN, Jan 31: A collision between two trucks at Dorechowk – 7 along the Prithvi Highway this morning has left... Read More...

Let us give solidarity and cooperation a chance
12 hours ago