Priority is to build a good team: Head Coach Kalin 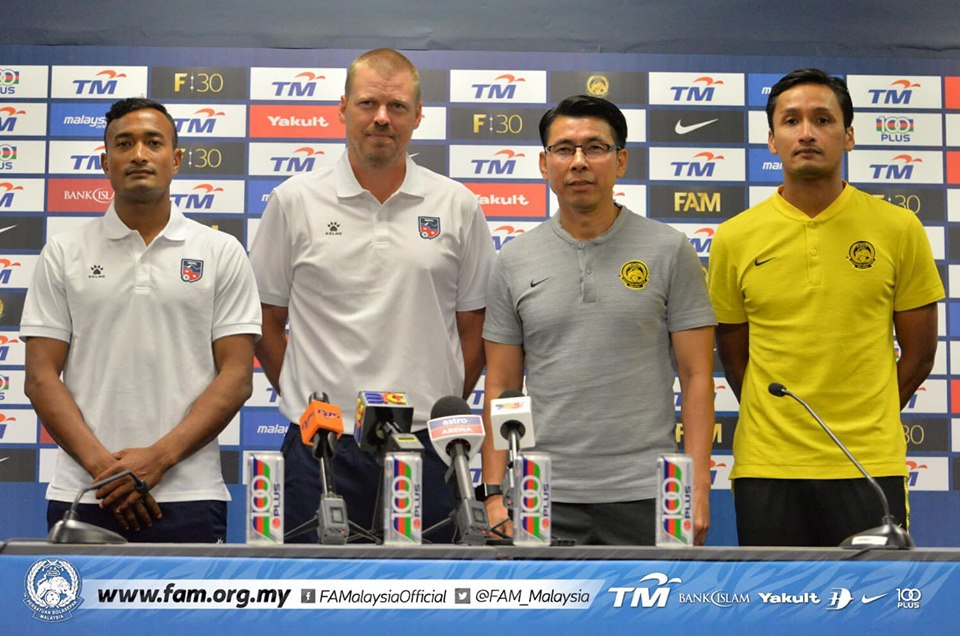 KUALA LUMPUR, June 2: As Nepal national football team prepares to take on Malaysia at the Bukit Jalil National Stadium in an international friendly match in Kuala Lumpur on Sunday, Nepal’s head coach Johan Kalin wants to concentrate on building a good team for the upcoming World Cup Qualifiers rather than only focusing on winning the game.

The Swedish coach on Saturday said that the team should focus on the second round of the qualifiers and improve the winning set with proper state of mind by organizing the team in a better way.

Kalin, who believes he will improve the standard of Nepali football in his two-year tenure, was appointed as the head coach of the team on January 17.

Kalin added that he was amused by the FIFA Ranking of Malaysia as the team is in 175th place.
“We need to improve the team a lot with the winning spirit. I worked in Nepal before and I know the football of the country. The most important thing is to have an organized team. We need to build the team, which requires some time. We are on the right track and this game will be tough for us,” Kalin said.

“I was surprised with the FIFA Ranking of Malaysia since it has a good league and plays good football. The players are good, but the ranking surprised me a bit.”

He added that everyone wants to win all the games they play but that building a good team is the top priority before anything else.

Nepal has not been able to win under Kalin so far as the team lost one and played a goalless draw against Kuwait. Likewise, Nepal does not have a good record in the previous matches against Malaysia as it has failed to win against the team in the last six meetings, the first dating back to September of 1983. It also has conceded 21 goals against Malaysia and has not been able to find the net once.

“We have some new players in the team and we will test them in the match. We have only played two games together, and we have a long way to go. Our eyes are firmly set on the qualifiers,” argued Kalin.

The players looked really bright in the first training session held on Friday evening with the coach urging the players to play attacking football with fluid passing style.

The team struggled a bit early on playing in the natural grass at Selayang Stadium, the home to Sime Darby FC in Shah Alam. The players also felt difficulty in adjusting with the weather during the training.

Captain Biraj Maharjan said that the team is in a good shape and that the coach has helped a lot to understand the game even more.

“We are in a very good shape ahead of the match against Malaysia. The training has been good and we will give our best. The coach is teaching us everything on how to approach the game. We are confident,” he said.

Malaysia head coach Ten Cheng Hoe said that the weather has hindered the team from having a good preparation for the friendlies against Nepal ahead of its playoff matches for the World Cup Qualifiers against Timor Leste. He added that the game against Nepal will serve as a warm-up for Timor Leste.

“We have had good training in recent days as we have prepared ourselves for the match against Timor Leste. We haven’t had that good preparation for the Nepal friendly because of the bad weather, but we are treating this game as a warm-up for the playoff match and we will do well,’’ Hoe added, “I found Nepal a very motivated side after watching the videos of its football. It has a good team spirit. It is very good tactically and physically.”

Nepal will also play against Chinese Taipei in another friendly on June 6.